On-ice sessions will be notable new features at the USA Hockey 2018 National Hockey Coaches Symposium. During these sessions, attendees will move from meeting rooms to the rinks, where they can experience a variety of live-action teaching scenarios with small-area games and goaltending drills.

Not only will these sessions be a great learning opportunity, they’ll also be an opportunity to connect with Olympic history, since all of the on-ice breakout sessions will be held at the 1980 and 1932 rinks. And while the 1980 story – the Miracle on Ice – is oft-told and well known, the tales of 1932 are a bit more obscure.

The building that saved Olympic hockey

The Olympic Winter Games of 1932 marked the first time that curling, figure skating and parts of the hockey schedule were played indoors. In fact, it was the first time that a roof covered any portion of the Olympic winter program, and it was a good thing, because warm temperatures in Lake Placid wreaked havoc on the outdoor stadium rinks. Four of the six Olympic hockey games scheduled for outdoor ice were moved inside, and according to event officials, without the 1932 Olympic Arena, “it might have been impossible to complete the hockey schedule at all.”

Designed by architect William G. Distin of nearby Saranac Lake, New York, and built in less than six months, the 1932 Olympic Arena cost $294,083 to construct, including site and equipment. In today’s dollars, that’s approximately $5.4 million, which gives an indication of the significant effort required to build it amidst a worldwide economic depression. Those financial headwinds limited the 1932 Olympic hockey program to four participants: the United States, Canada, Germany and Poland. 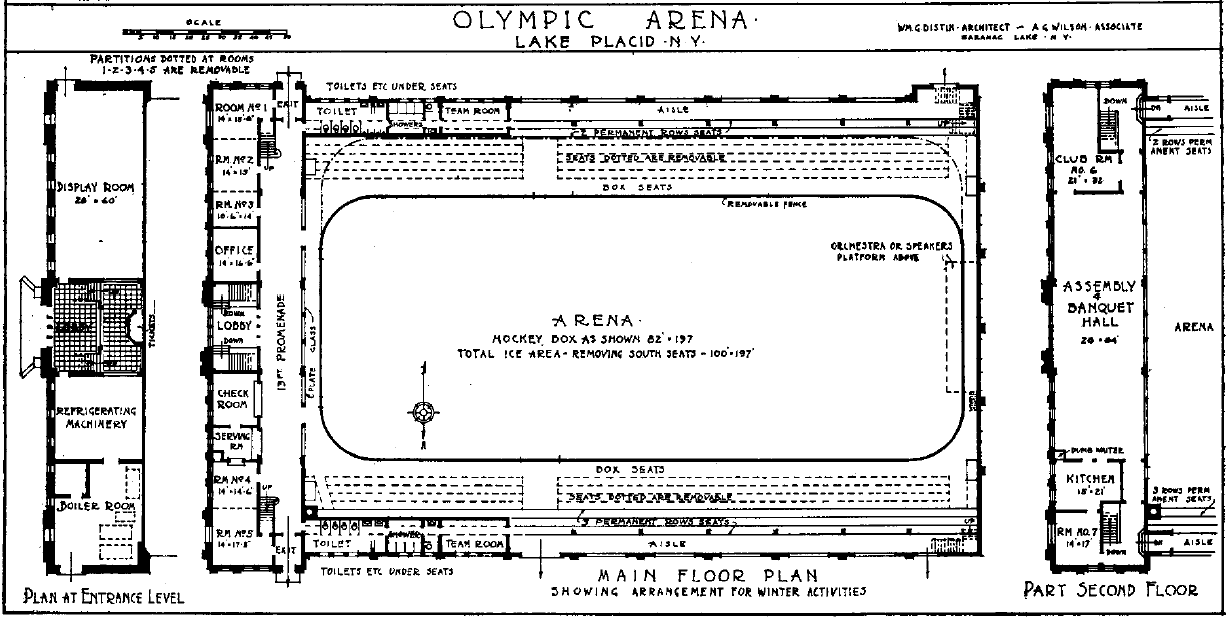 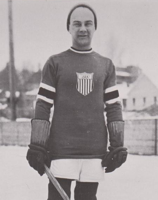 With Team USA needing a win to force a gold-medal playoff game, Douglas Everett gave the stars and stripes a 1-0 lead just two minutes into the contest. Canada answered later in the first period, and the game remained tied until future U.S. Hockey Hall of Fame inductee Winthrop “Ding” Palmer scored at 13:38 of the second period to make it 2-1. Canada’s Romeo Rivers evened the score at 14:10 of the third, a goal that eventually sent the game to overtime. After three 10-minute extra sessions, the teams remained deadlocked at 2-2. In a strange twist by today’s standards, the officials then opted to call the game a draw, giving Canada the gold (based on an earlier overtime win). The U.S. settled for silver.

Palmer, who graduated as Yale University’s all-time leading scorer, would help Team USA gain a measure of revenge one year later at the 1933 IIHF Men’s World Championship, dealing Canada its first-ever defeat in international competition. As was the case in Lake Placid one year prior, the decisive game went into overtime, but this time it didn’t end tied. Another future U.S. Hockey Hall of Famer, John Garrison, scored in the sixth minute to give Team USA its first world championship and its first gold medal.