An impressive array of speakers with numerous gold medals and Stanley Cups to their credit have committed to share their knowledge at USA Hockey’s upcoming National Hockey Coaches Symposium.

Mark Johnson, John Harrington, Mike Eruzione and Ken Morrow, who made history at the 1980 Olympic Winter Games in Lake Placid, are also on the docket. Johnson is in his 16th season as head coach of the University of Wisconsin women’s team, while Harrington recently completed his third season behind the bench with the Minnesota State, Mankato women’s team. Eruzione works with Boston University’s athletic department and Morrow is the New York Islanders director of pro scouting. 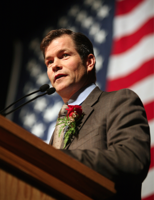 Goalie nation will also be well-represented at the event, with 1996 World Cup of Hockey MVP Mike Richter and John Vanbiesbrouck, the winningest American goalie in NHL history, both attending the event along with a cadre of leading goalie coaches.

The highlight of USA Hockey’s coaching calendar, the National Hockey Coaches Symposium will take place Aug. 23-26 at the Lake Placid Conference Center in New York and is available to all Level 4-certified coaches looking to achieve the highest level of coaching certification within USA Hockey’s Coaching Education Program. In addition to the main presentations, coaches will attend American Development Model age-specific breakout sessions. And new this year, the symposium will include an on-ice session (attendees must bring skates, sticks and helmets) as well as a dryland training session. The cost for current USA Hockey members who register online is $550, and $600 for mail-in registrations. Coaches who are currently not registered can sign up for $650, which includes a USA Hockey membership for the 2018-19 season. For more information go to USAHockey.com/level5.