Rocha takes the reins at his alma mater 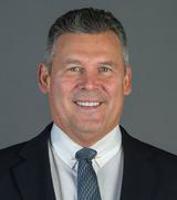 Beginning this fall, he’ll have a new test kitchen for that coaching curriculum as the newly named men’s hockey head coach at Saint Anselm College.

Rocha received the promotion Monday after five seasons as a Saint Anselm assistant coach and adjunct economics professor. During that time, the Hawks won two conference titles, including the 2017-18 Northeast-10 crown, and Rocha expects to build on that success at his alma mater.

“I was a student-athlete here in the late 1970s, I teach here and I’ve coached here, so I think that perspective of knowing this place from both the athletic and the academic side will help in the process of talking with the players and recruits,” said Rocha, who made the Saint Anselm dean’s list while playing varsity hockey and lacrosse.

“Having that familiarity makes it easy to know the challenges and also know where we hope it’ll go moving forward.”

Despite his new responsibilities, Rocha has no plans to leave his role with USA Hockey. In fact, he’s eager to continue serving the Coaching Education Program and remain as New England’s coach in chief. He’s also looking forward to the National Hockey Coaches Symposium in August, where he’ll no doubt glean an idea or two for guiding his Hawks. According to Rocha, the transferability of those Level 5 coaching precepts is high.

“First and foremost, the (USA Hockey) emphasis on skill development and the incorporation of small-area games will be important in terms of getting the players ready to play at the level we need to play at,” said Rocha. “Beyond that, my experience with the clinics is always reaffirming. Particularly at something like the Level 5 symposium, where you’re listening to professional coaches speak, it’s reassuring to hear that a lot of things they do and they deal with are things that I’ve done and dealt with as well.”