Shortly after returning from Beijing, Compher attended a Try Hockey For Free event

When Jesse Compher was 3-years-old, she first laced up her skates for the Northbrook Bluehawks.

As one of the only girls in the program, Compher strived for greatness. The 22-year-old reached one of her ultimate goals this year, competing on the U.S. Olympic Women’s Ice Hockey team at the 2022 Beijing Olympic Winter Games.

Nearly three weeks after the Games ended, and Compher had flown back to the U.S. with a silver medal, the former Bluehawk got to share her experiences and advice with young skaters. Compher appeared at the Northbrook Sports Center in Northbrook, Ill., as a part of USA Hockey’s Try Hockey for Free Day on March 5.

It was special for Compher to be able to give back to the community that taught her how to play the game.

“I haven’t been back since I’ve been home from Beijing, just because it’s been busy,” Compher said. “But it was nice to see all the little kids enjoying hockey for the first time. It means a lot to be able to give back to something that gave me so much growing up.” 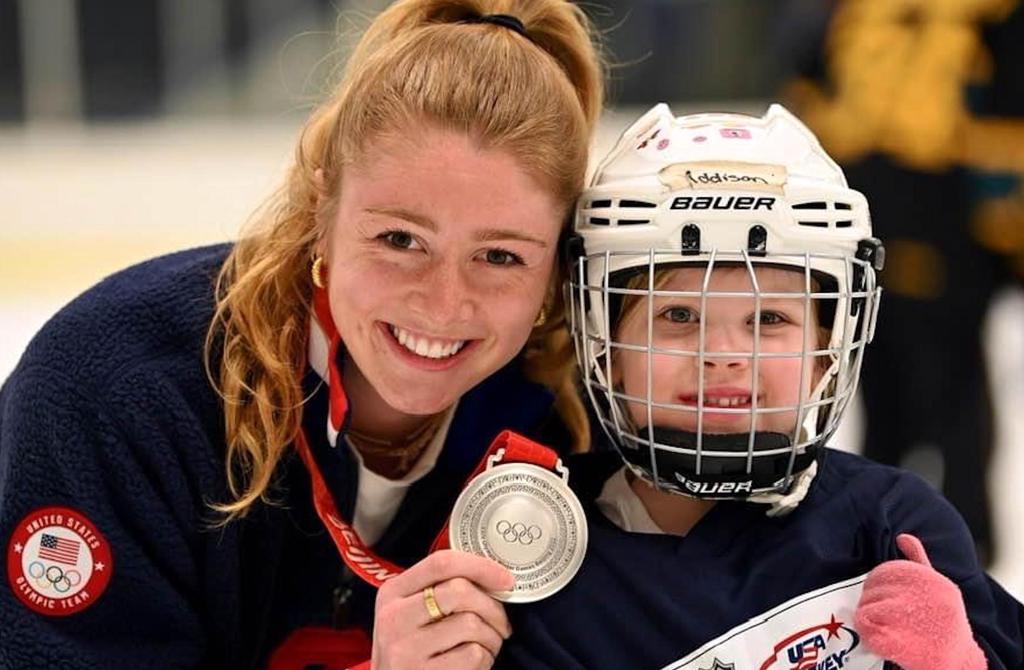 Compher knows that right after the Olympics is an important time to reach out to young players because they might have watched the Games, which piqued their interest in the sport.

“We’re such a hot topic right now with the Olympics just ending, so whatever part we can do to help grow the game and just give back to the people that were there for us is super important,” said Compher, who finished the Olympics with three goals and one assist.

“It was really cool to hear them say, ‘We watched you in the Olympics or, ‘My dad was watching the Olympics.’ They were at least aware of what was going on and kind of piecing the puzzle together, which made it more special for me.”

More than 200 rinks participated nationwide in Try Hockey for Free Day. In Northbrook, 43 young players — 20 of whom were girls — got out to the rink for the event.

Compher was on the ice for a short time with the young skaters. She was also able to talk to the eager participants, sign autographs and take pictures.

“That was the fun part, actually being able to interact with them,” she said.

Compher, who played for the Bluehawks until she was 14 years old, told the players to go out and have fun on the ice, and make friends. She feels like the players were able to relate to her message.

“I think some of them understood that that’s where I started and hopefully if they keep going they could one day be in the Olympics like I was,” Compher said. “It was nice to be able to get the message across to them that you have to start somewhere, but more importantly it’s about falling in love with hockey. I remember when I was younger, I knew right away that hockey was what I loved and what I wanted to do.”

One of the best parts of the day for Compher was being able to show everyone her Olympic medal.

“It was cool watching them put it around their necks and see their smiles when they saw it,” Compher said. “I think that was the first time I’ve showed my medal to anybody really outside my family and my friends — just seeing how much it brings joy to other peoples’ lives. Even though it’s been my dream my entire life, I’m impacting all the others around me as well.”

When Compher was coming up with the Bluehawks, girls players were few and far between. But that’s changed over the last decade-plus. Compher said about 10% of the Bluehawks’ program now consists of girls skaters.

“I think that’s why I was so happy, I saw so many little girls,” Compher said. “This generation we’re trying to make it more visible for people to see women’s hockey, and I think it helped a lot having a female player out there today.

Compher credits a couple entities for the increase in the number of female participants in the sport.

“I think not only the Northbrook Bluehawks, but all of USA Hockey has done a really good job trying to promote women’s hockey and kind of including and making sure everyone knows that hockey’s for everybody. It’s definitely a start, but there are places we need to grow for women’s hockey and I think that we’re on the right path.” 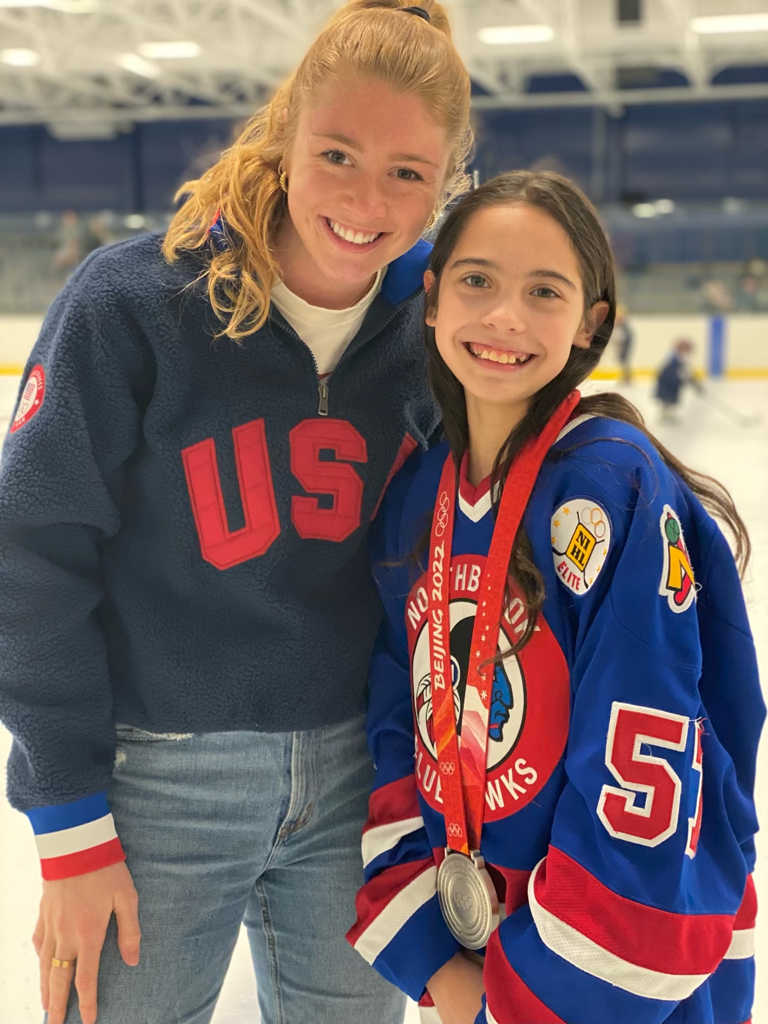 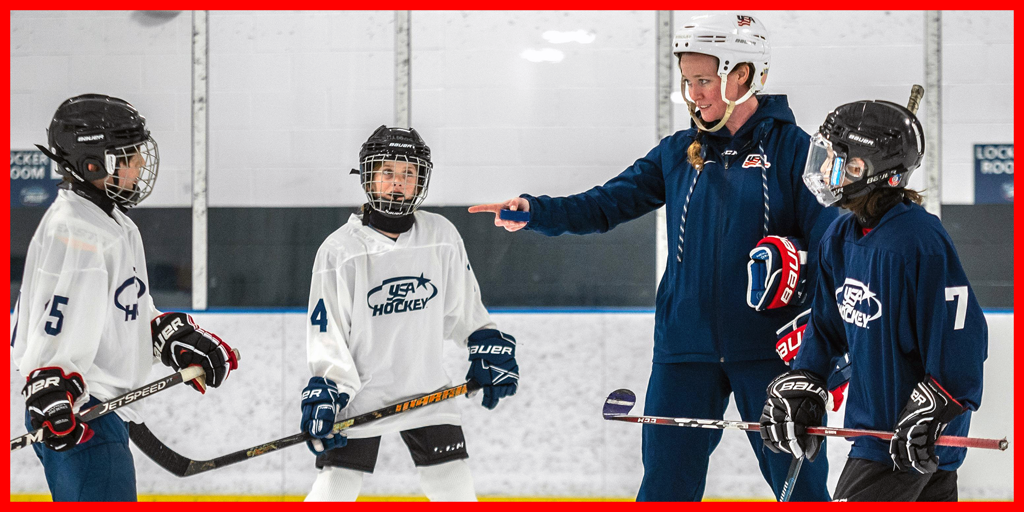 FAQ: 10 Things To Know About Hockey 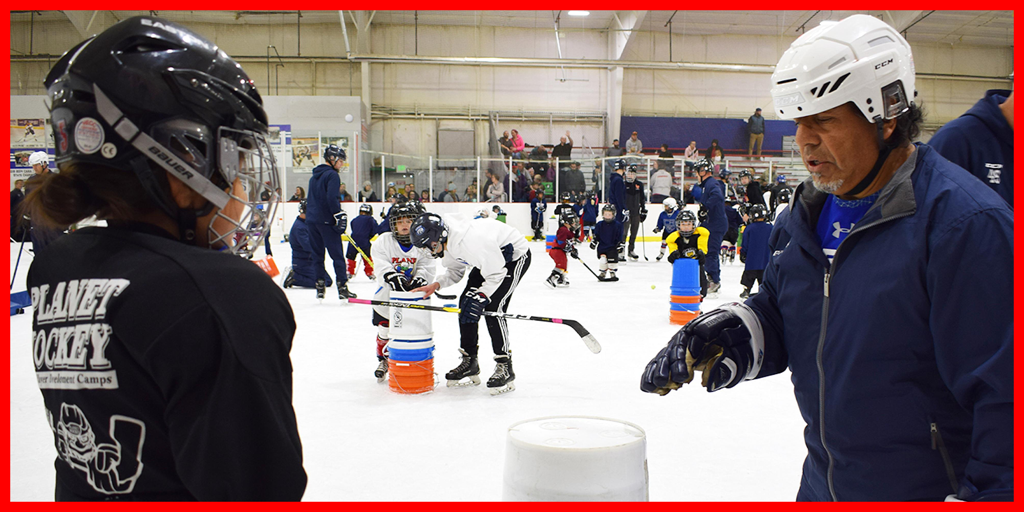 Parent To Parent: Advice For Getting Into Hockey 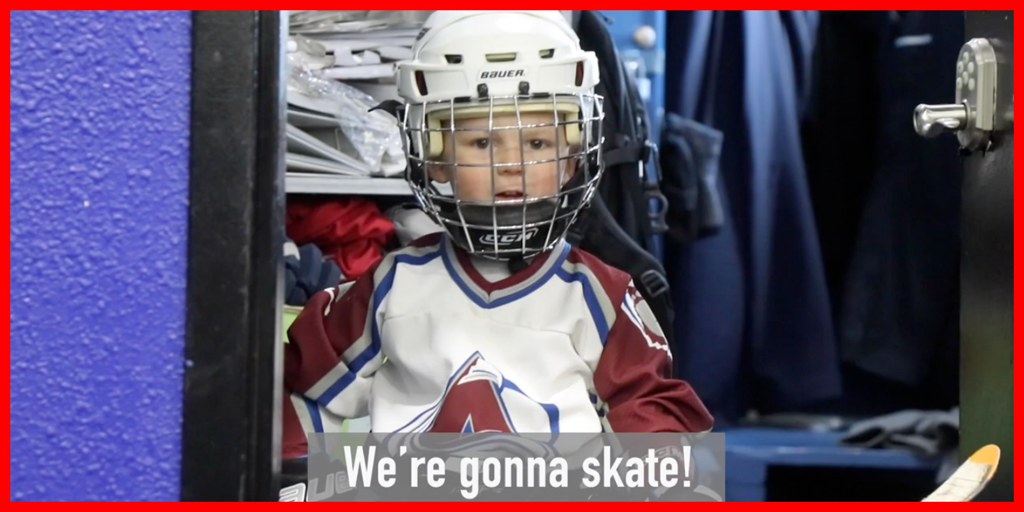 VIDEO: Mic'd Up At Try Hockey For Free Day