Four years after hanging up his whistle as an NHL referee, LaRue finds new ways to give back to the game

Dennis LaRue and his teammates are living proof of that. Any they have no intention of growing old anytime soon.

Four years after hanging up his whistle as one of the NHL’s most accomplished and well respected referees, LaRue continues to find new ways to give back to the game. Whether it’s mentoring the next generation of officials by speaking at a USA Hockey officiating symposium or serving as the president of the Spokane Americans Youth Hockey Association, LaRue is busier than ever since calling it a career in 2016. 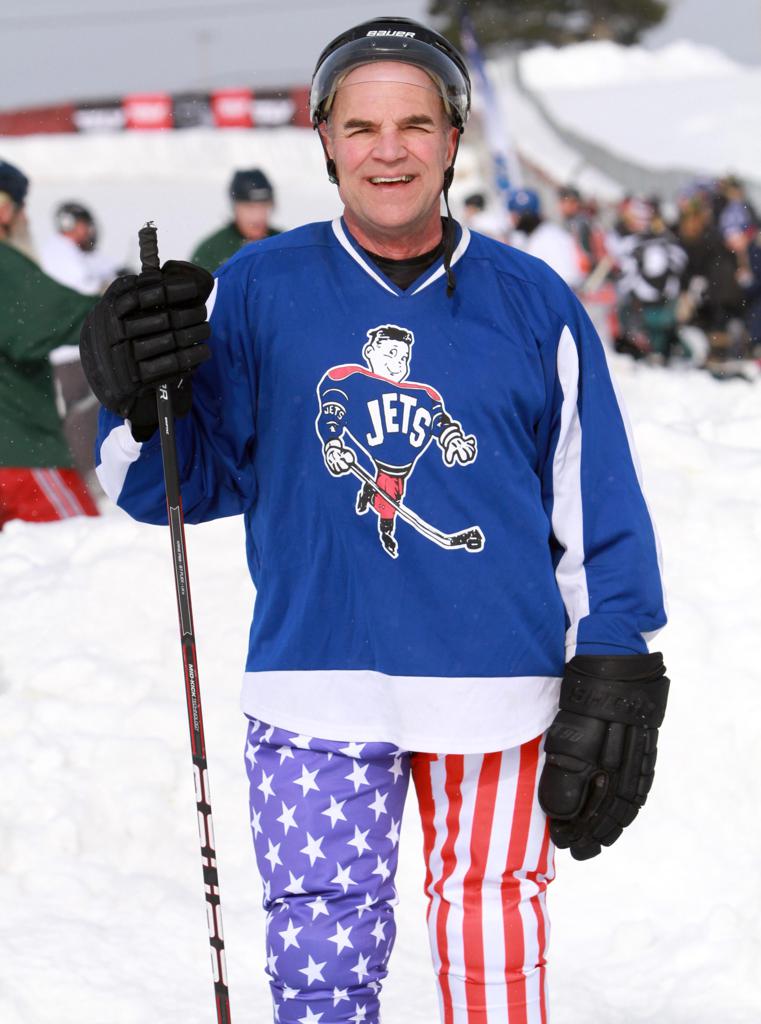 His latest foray in the game is yet another check mark off his hockey bucket list as he and four long-time friends are skating in the 60 & Over division at the 2020 Labatt Blue/USA Hockey Pond Hockey Championships.

“We wanted to wait until we were 60 because I was watching all these guys who are in their 50s and they’re a lot better and stronger and quicker,” LaRue said after his Spokane Jets teammates won their opening game, 17-8 against the DQs on Friday.

Skating at this year’s tournament, which was moved to the World Championship Derby Complex due to unplayable conditions on Dollar Lake, is a return to where it all began for LaRue. He was born in Savannah, Ga., but moved to Spokane when his father was stationed there in the Army.

“We grew up about six blocks from the pond where I started skating when I was 10 years old,” LaRue recalled. “That’s where it all started for me, so this is great to be able to come back and do it again.”

This is not the first time hockey has brought LaRue back to the great outdoors. In 2012 he earned the call to officiate the NHL Winter Classic in Philadelphia. Even though he was skating on one of hockey’s biggest stages, the memories that it invoked of days gone by made it one of his many career highlights.

“The outdoor experience in Philadelphia was fantastic,” said LaRue, who worked 1,222 regular season NHL games and another 58 playoff games including the 2009 Stanley Cup Finals. “It reminds you of what it’s like when you’re a kid growing up. And then you have the good fortune of doing it in the NHL in front of a bunch of people, but it still has that small feel to it.”

The Spokane Old Timers includes more than 100 players separated into three age categories. The first features players ranging in age from 20 to 40, including several who recently finished playing Junior  and college hockey and are just starting their lives outside of the game. Then there’s the 40- to 60-year-old group, which according to LaRue includes players who may have lost a step as they reached middle age but still love the game. And finally there’s the 60 and over group, which embodies the sign inside the organization’s locker room.

“Those are my favorite guys because we have some guys who are in their late 70s. I think we even had a goalie who played until he was 83,” LaRue said. “Just to see those guys have a chance to get out and play hockey on a twice-a-week basis is great fun.”

Years after trading his referee’s whistle for a hockey stick, LaRue continues to rediscover what drew him to the game so many years ago on the ponds in Spokane. And while the transition from official back to player certainly has its challenges, LaRue is enjoying every opportunity to write another chapter in what has been a remarkable hockey journey.