In June of 2000, USA Hockey established an award to recognize the achievement of a grassroots officiating volunteer. The Officiating Education Program presents the award each year at the President's Awards banquet during the USA Hockey Annual Congress. The Chet Stewart Award recognizes an individual who has made an outstanding contribution to the officiating education program during many years of service as an official and volunteer. The recipient will have been a grassroots leader in officiating education and development and provided dedicated service throughout his/her career to both the officiating and hockey community. 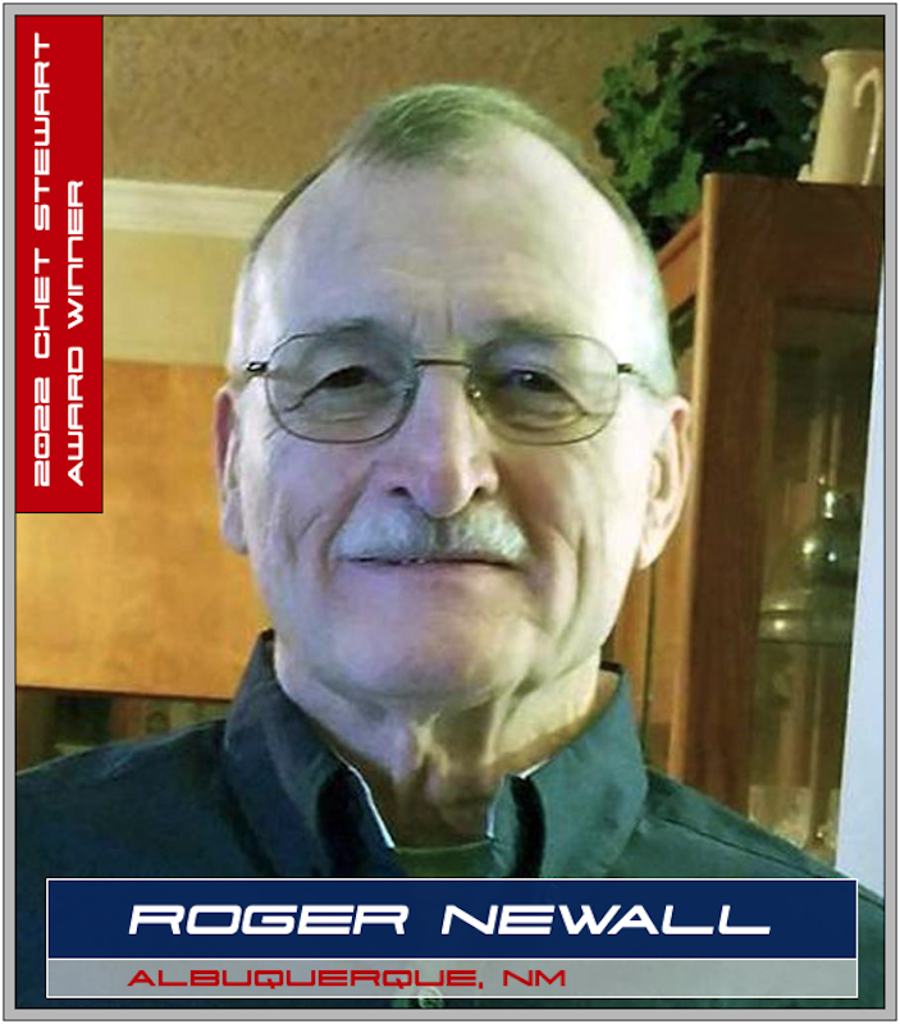 A longtime official and volunteer with USA Hockey, Roger Newall has been a mainstay in the Rocky Mountain District hockey scene since the mid-1980s, when he began working as a USA Hockey official in New Mexico.

Having risen to a Level 4 certified official during his career, Newall has officiated at virtually all levels of the sport throughout the years, including from youth, junior and adult, to his time working minor league hockey in the now defunct Western Professional Hockey League.

He helped re-start the Land of Enchantment Amateur Hockey Association back in 1986 and has been involved with the New Mexico Hockey Referee Confederation, including both as treasurer since 1996 and in scheduling since 2009.

Newall, who has played goaltender throughout his 50-plus-year playing career, spent two years (2003-05) as the Rocky Mountain District Referee-In-Chief and for the last 10 years has served as the database coordinator for the District.

Additionally, Newall earned his Level 5 coaching certification from USA Hockey in 1995 and for 30 years (1988-2017) served on the player development camp staff for the Rocky Mountain District.

Outside the rink, Newall is a U.S. Air Force veteran, having served in Vietnam as Special Operations Flight Crewmember, receiving a Distinguished Flying Cross and Purple Heart among other distinguished awards during his service. He worked as the Veterans Affairs Liaison in the Mayor’s Office of the City of Albuquerque for six years until his retirement in 2017.

The Jamie Huntley-Park Award is named in honor of the late Jamie Huntley-Park, who was a long-time USA Hockey official, player, and coach. Jamie and her husband, Ryan Park were both Detectives for the San Diego Police Department who were tragically killed in an automobile accident on June 4, 2021.

Jamie led by example and was known for her teamwork, her perseverance and her ability to make everyone around her strive for excellence both on and off the ice. The Jamie Huntley-Park Award recognizes a female official who has made outstanding contributions to the growth of officiating and represents what it means to be a great teammate.

The Milt Kaufman Award is presented at both the Eastern and Western Instructor Training Camps to the individual that most exemplifies the qualities that made Milt Kaufman such a special part of the USA Hockey Officiating Program.

"Milt was the Massachusetts District Referee-in-Chief . He was one of the people who put together the original Instructor Training program for the USA Hockey Officiating Program in the mid-‘80s. He also served as the original Eastern Instructor Training Camp Director until his untimely passing in 1994." - Tony Mariconda, Former Atlantic District Referee-in-Chief 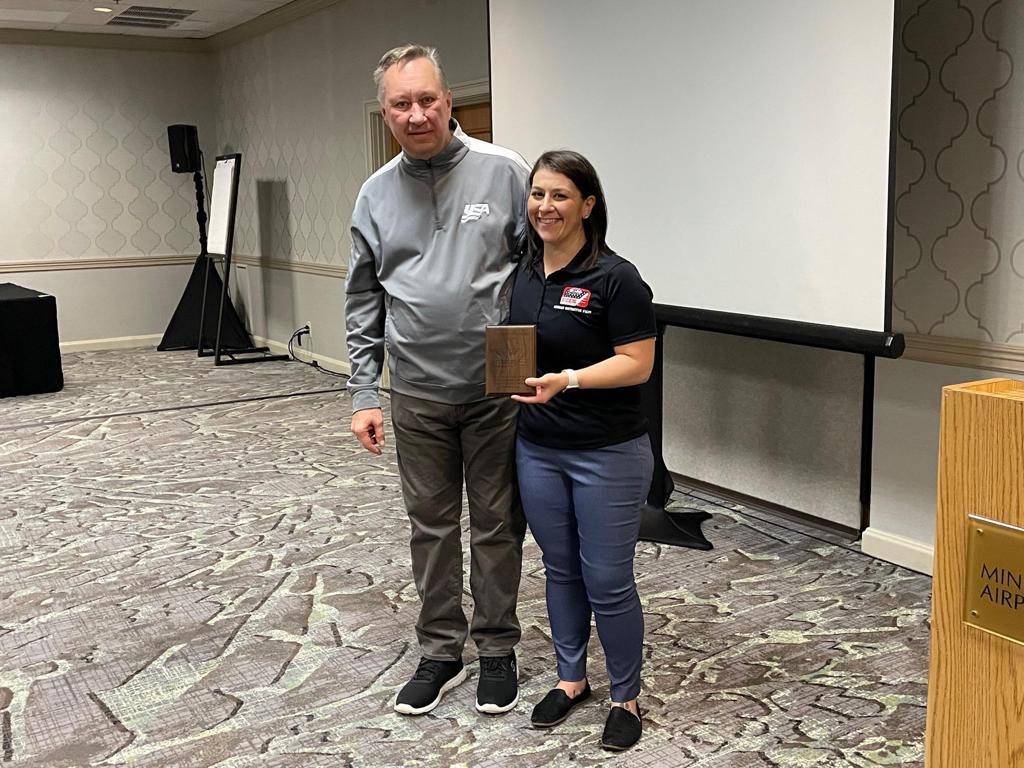 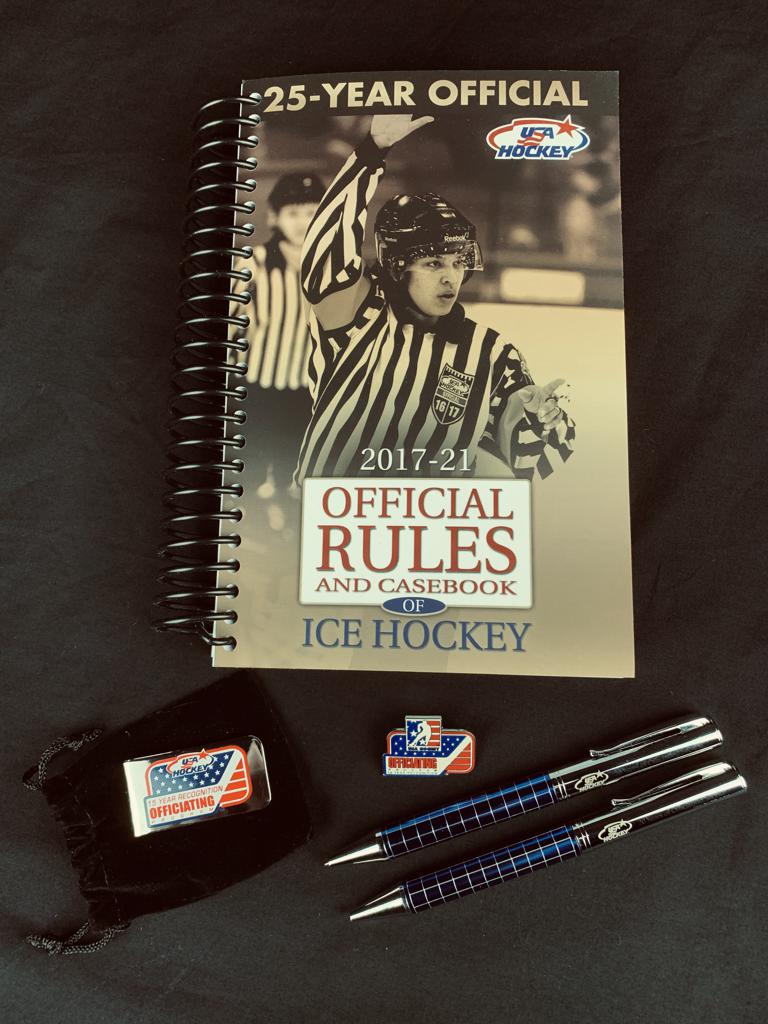 *Awards are based on consecutive years of service, beginning with the first season registration was tracked at the USA Hockey National Office.

**A new 25-Year Rulebook will be awarded each Rule Change Season as long as the official continues registration.