Katie Guay grew up just outside Boston and started playing hockey when she was 6 years old. Her affinity for the game led her to attend college games, including the famed Beanpot, hoping one day to play in the famous tournament.

She was good enough to play collegiately at Brown, an Ivy League school, but because the university is in Rhode Island, never got a chance to participate in the Beanpot, a de facto city championship tournament between Boston’s four Division I schools.

But that probably made Feb. 4 an even sweeter night for Guay. For the first time in the 67-year history of the men’s Beanpot, there was a female on-ice official — and it was Guay, who was the referee at TD Garden for Boston College’s 2-1 victory over Harvard.

“Going into the Garden is a treat for everyone who was out there and for the four officials on the ice it’s an honor to be out there and be a part of that tournament,” said Guay.

If it seems like Guay — who is the USA Hockey Foundation’s director of philanthropy for the Northeast region — is remarkably even-keeled about this monumental achievement, that is one of the things that makes her a superb hockey official. 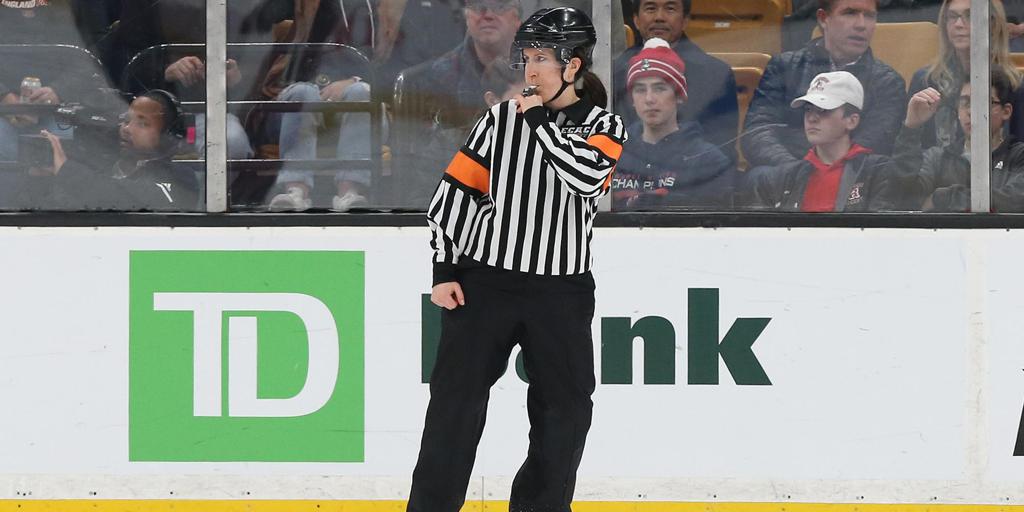 Guay is no stranger to the big stage or college men’s hockey. In addition to doing men’s and women’s games for the ECAC, she called the women’s action at the Olympic Winter Games PyeongChang 2018 as well as a men’s game at Madison Square Garden.

With Harvard playing hockey in the ECAC, the conference gets to assign one crew to the Beanpot and Guay was picked by Paul Stewart, the league’s director of officiating.

“It’s certainly a special game,” Guay said of the Beanpot. “A couple years ago, I did a game down at Madison Square Garden. It’s great that there’s opportunities out there. Those special games really stand out. I’ve been given so many great experiences over the years officiating and it’s certainly highlights like this that I will remember forever.”

Guay turned to officiating following her playing days at Brown and has earned eight assignments from the International Ice Hockey Federation. In 2015, she became the first female to be a Division I official. She has also been an official at several women’s Beanpots in the events 41-year history, including this year’s tournament.

“Officiating is very comparable to the adrenaline level you have as a player, when you’re on the goal line, a lot’s happening, the blood is certainly flowing,” said Guay, who also coached for eight years at Noble and Greenough School in Dedham, Massachusetts. “Being on the ice as an official certainly brings me back to my playing days.”

USA Hockey is continuously looking to add to its ranks of female officials and Guay’s breakthrough could inspire others to follow her skate blades. Leaf said females make up just about seven percent of USA Hockey officials. But the quality is rising. Whereas 20 years ago there might have been three or four elite officials, Leaf said there are now 20 to 25 comparable to Guay. 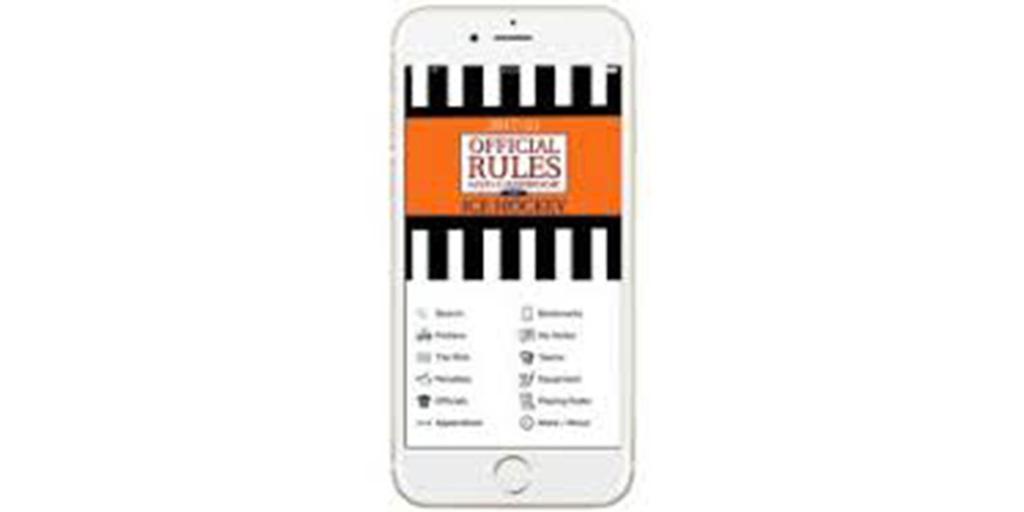 “Officials have a little bit of a compete level, as well,” Leaf said. “They want to be recognized when they go out and perform and they’re doing a good job. Whether that recognition is assignment, playoffs, international events, national team games, a high-profile event like the Beanpot or any other NCAA tournament or the NCAA Frozen Four is sort of what drives them a little bit.

“And being a female official — and we have others that are capable as well — but for Katie to kick that door down a little bit and not only take advantage of the opportunity ... she has worked hard to get to that point. It’s a culmination of a lot of work, a lot of effort and everything else that goes into it.”

And Guay knows the tough road females have to reach the level she has achieved.

“There are many females that came before me that had the skills and abilities to get on the ice at a men’s game,” Guay said of officiating. “They weren’t given the opportunity. I’m representing them when I do games like this and also creating paths for future females who aspire to work high-level hockey.”