USA Hockey’s American Development Model is designed to help ensure every kid who plays hockey has a successful and enjoyable experience.

Whether it’s focusing on skill development or helping young players retain information and apply it on the ice, the ADM is showing positive results across the country. 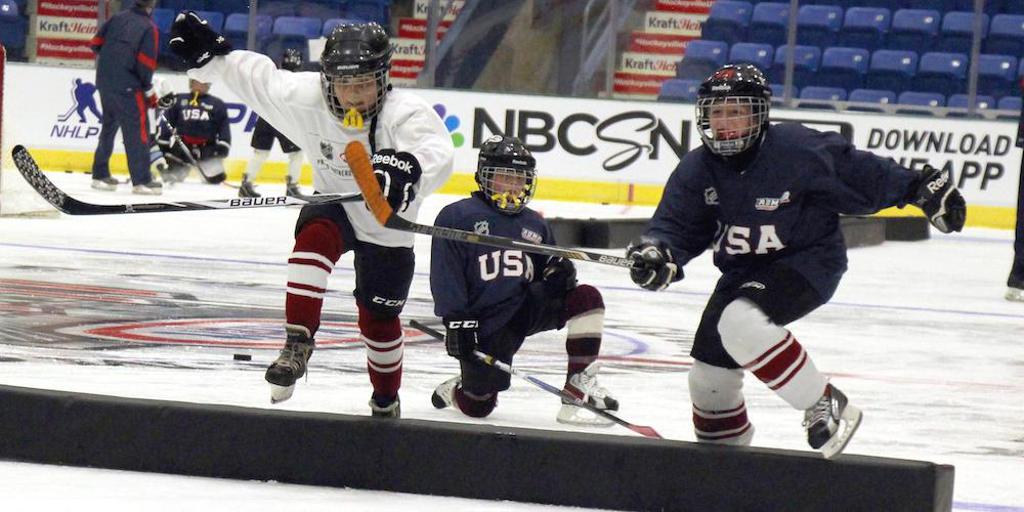 One association among many seeing the benefits of ADM-based programming is Ice Hockey in Harlem, a non-profit organization in New York designed to improve the lives of children through hockey. The association serves approximately 250 boys and girls between the ages of five and 18 in Harlem and upper Manhattan in New York City.

Since beginning operations in 1987, Ice Hockey in Harlem has focused on giving children the opportunity to play hockey while also teaching them how to become successful in everyday life.

“I’ve had people ask ‘So, you’re trying to have the next Wayne Gretzky come from Harlem?,” Ice Hockey in Harlem director of programs Brad Preston said. “And we say not necessarily, no. I mean if that happens, great, but our mission is really to use the sport of ice hockey and all of the good qualities it brings and instill those qualities and traits — character, good sportsmanship, teamwork — a lot of things related to persistence.”

ADM Regional Manager Rich Hansen recently helped run practices with Harlem’s 12U, 14U and 16U players. The ice sessions were designed to focus on small-area games and force players to make quick hockey decisions, which improves their retention and, ultimately, their skill level.

"These kids are absolutely fantastic. They were competing and battling, and they have goals too. They look at the [New York Rangers, New York Islanders and the New Jersey Devils] in that area and they say they want to be like those guys, which is inspiring.”

The ADM-based sessions that Hansen helped run certainly raised the effort level of the boys and girls on the ice.

“It was awesome,” Preston said. “As much as the kids love hockey, they can get into the routine of ‘Oh, another practice. Another week.’ Once in a while to juice that by having a guest instructor come in that the kids know came out from USA Hockey, the kids feel a little more pressure to skate a little harder. They want to impress the new coach, and they don’t want to fall behind. Maybe it’s a new drill that they haven’t seen before so that’s something that’s making them think more and make different decisions and really engage.”

The growth of the Ice Hockey in Harlem and the impact it has made on the lives of young people in the community for more than three decades are being felt in a tangible way.

“It’s extremely rewarding,” Preston said. “We work very hard in the winter, but the nice thing about working in an environment like this is when we work harder and longer hours, we know exactly who is benefitting. We know that there are children who really just need a chance and children who are gung-ho to take advantage of any opportunity that we put in front of them.”