Milestone a symbol of the rock-solid program Pecknold has built

Long before the final buzzer went off, it was clear the Quinnipiac men’s hockey team was going to earn a victory over Colgate on Dec. 29, 2018.

With a comfortable lead, it was only a matter of waiting until the final horn to start the celebration.

The win was the 500th in the prestigious career of longtime Quinnipiac head coach Rand Pecknold. Humble as always, Pecknold was sure to note that the achievement was not all about him.

“Obviously, it’s a nice accomplishment for me personally and Quinnipiac University,” Pecknold said. “We’ve had a lot of really good players over the years, a lot of really good assistant coaches, strength coaches and staff members that have contributed. Also, I’ve had the resources provided to us from Quinnipiac, whether it’s the budget or scholarships or building us our rink. They’ve been behind us all the way.”

The milestone win was special, but what meant the most to Pecknold was his wife, Nikki, and four kids were in attendance for the game. The family of six took some photos together on the ice following the historic victory.

“We don’t get enough of those,” Pecknold said. “That might be the Christmas card for next year. That was a nice moment to share that with my wife and kids.” 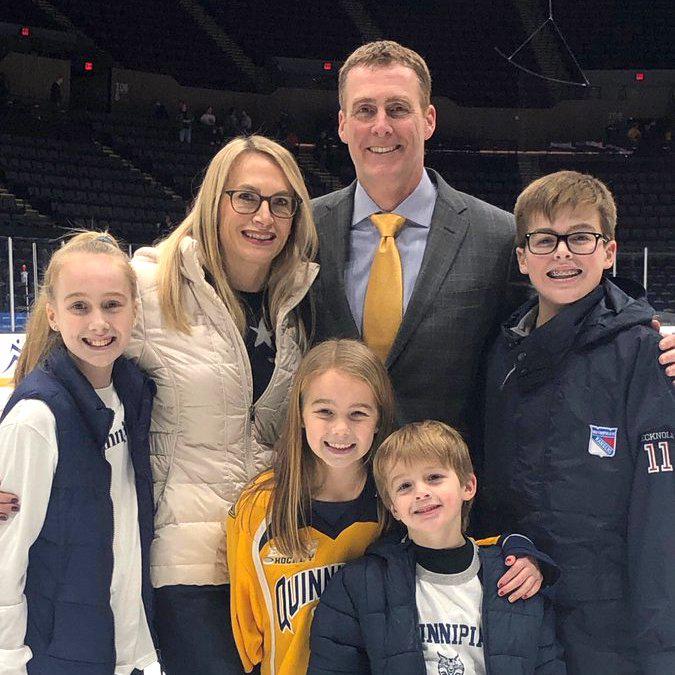 In the hours and days that followed, Pecknold was bombarded with congratulation texts, calls and emails from his former players and coaches and colleagues in the field.

ECAC Hockey Commissioner Steve Hagwell knows what a tremendous achievement it is to reach the 500-win plateau.

“He’s obviously done a great job at Quinnipiac and over the long term, which is hard to do,” Hagwell said. “His program has been a consistent winner year in and year out. Everyone has an off year, if you will, but since they joined the league on 2005-06, they’ve been in the mix almost every year.”

Pecknold, who has a career record of 501-302-90 (as of Jan. 14), is just the third active coach in Division I and only the 26th coach across all divisions in the history of men’s college hockey to reach 500 wins. 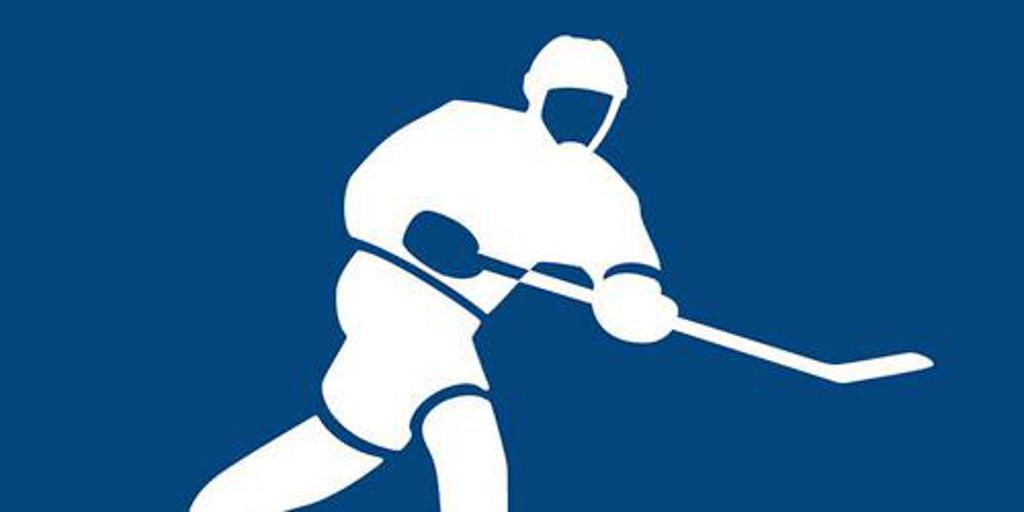 “I was a little shocked at the numbers, I thought more guys would have done it,” Pecknold said. “Now there’s a lot of transition from the NCAA to the pro game, and I think you’re going to see even more of that with both Quinny [David Quinn] and Monty [Jim Montgomery] both jumping into the NHL this year and other guys have done it in years past. Having that longevity in college is going to become tougher and tougher.”

Pecknold has been the model of consistency during his 25 years coaching at Quinnipiac. Coming into this season, he had logged 16 seasons with 20-plus victories. The Bobcats, which are ranked No. 6 in the nation this year, are sitting at 16-5-1 heading into a road tilt with Boston University on Jan. 19.

“He’s won 20 games 10 of 13 years he’s been in this league, that’s not an easy task,” Hagwell said. “That’s a tremendous statement of him and guiding that program to maintain that success.”

Over his tenure, Pecknold has helped Quinnipiac go from just another small Division I program out East to a national powerhouse. He’s led the Bobcats to two Frozen Four appearances — 2013 and 2016 — both years placing national runners-up. The squad has been to the NCAA Tournament four of the last six seasons.

Pecknold has built the program the right way.

Said Hagwell: “He’s a heck of a coach, first of all,” Hagwell said. “Then, he’s got good people working with him, assistant coaches, because it’s not all a one-person job certainly. He’s able to bring in some individuals, character guys that fit into his program very well. Through my experience, he’s very up on cutting edge. He’s on social media, he’s up to all that. He’s also very detail-orientated. He’s not just focused on one thing, he’s knows a lot of things going on.”

With all this success, what makes Pecknold a good coach?

“That’s a good question,” Pecknold said, laughing. “I would say the first thing is having great goalies. Good goalies make good coaches. But I think we really pay attention to details here. We have a plan and we really focus on making sure we play to our identities and getting kids that are going to be willing to buy into that and we want selfless as opposed to selfish players who really play for the team.”

Coaching with Team USA has been one of the highlights of his career. 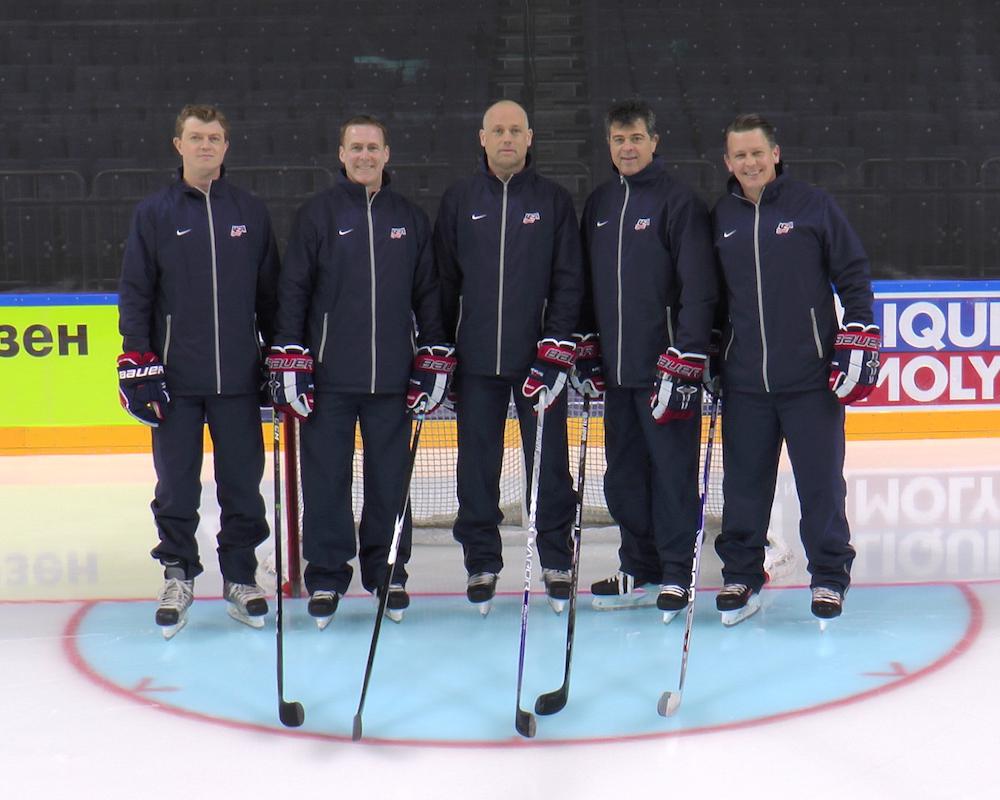 “That’s been awesome,” Pecknold said. “I can still vividly remember the ‘Miracle on Ice,’ not only beating the Russians but watching the tie with Sweden first and beating the Finns; I watched all three of those games. So, I grew up on that and that’s what really grew my passion for hockey. It was a lifelong dream for me to coach Team USA, and I feel really fortunate that 2017 world championships team, Jeff Blashill was named the head coach and JJ [Jim Johannson] was the GM of that team and those two gave me the opportunity.”

At 51 years old, Pecknold is a young coach to hit the 500-win plateau. Pecknold feels like he still has plenty of good years left behind the bench, especially coaching the program he loves.

“I say this all the time, I don’t feel I like this is a job,” Pecknold said. “This is my passion and I’m pretty fortunate. I know most of my friends in a lot of different areas of work don’t feel like that. They go to work because it’s a paycheck. I’m in a great situation where I love where I work, I love what I do and it’s more of a passion than my employment.”