During a six-year span in the late 1960s and early ’70s, Joe Bertagna had the honor of being coached by four Hall of Famers.

While playing goalie at Arlington High School in Massachusetts, Bertagna was under the direction of legendary coach Ed Burns. Bertagna went on to play hockey at Harvard under coaches Bill Cleary, a 1956 and ’60 Olympic medalist; Tim Taylor, who went on to coach the U.S. men in two Olympic Games; and Ralph “Cooney” Weiland, who coached the Boston Bruins to the Stanley Cup in 1941.

“When you have these influences, you learn and it really gives you a foundation that you either consciously or subconsciously draw on as you stay in the sport,” Bertagna said.

Now 45 years after leaving Harvard, Bertagna is as heavily involved in hockey as he’s ever been. 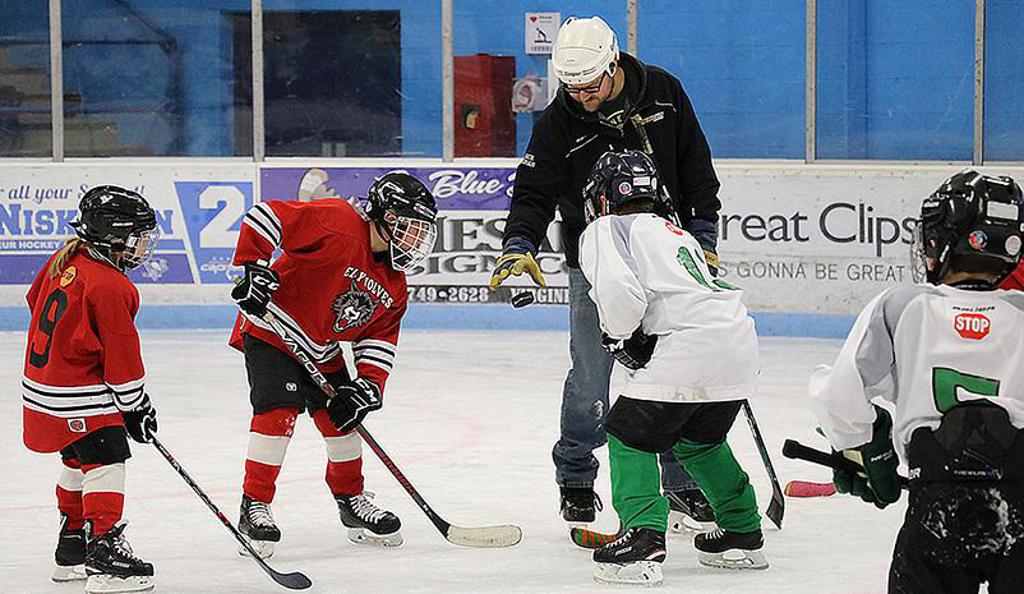 Behind The Glass Stories

“Hockey’s been very good to me,” said Bertagna, who lives in Gloucester, Massachusetts. “The game has just been the focal point of my life from the teenage years through my adult years.”

The American Hockey Coaches Association created an executive director role in 1991 and Bertagna has been in that position since day one.

Bertagna has been on the USA Hockey Board of Directors as an NCAA representative since 2006. He sits on three committees through the organization: playing rules committee, safety and protective equipment committee, and international council.

Bertagna made a rapid climb in hockey right out of college. He was a freelance writer and broadcaster and started Bertagna Goaltending in 1973.

“I started out juggling different jobs,” Bertagna said. “I enjoyed that. It allowed me to stay fresh and have something new to do.”

While working at the ECAC, Bertagna’s goalie business took off. He ran camps and clinics and was one of only two goalie coaches in the NHL at the time, putting in six seasons with the Bruins from 1985-91.

During his time running Bertagna Goaltending, he said he’s worked with over 12,000 goalies.

“I still get a charge out of watching goalies improve and play well,” Bertagna said.

Bertagna speaks on goaltending for USA Hockey Level 1-4 clinics. He tries to help high school coaches, who might not necessarily be goalie coaches, understand the position so they can translate what they learn to their goalies.

“I probably get as much satisfaction out of those 40-minute clinics and giving them a little understanding about the position that will hopefully help them and their goalies as well,” Bertagna said.

Recently, Bertagna has been instrumental in organizing a joint venture between Hockey East and the ECAC. The Northeastern women’s hockey team took on Clarkson in a two-game set in the Friendship Four in Belfast, Northern Ireland, on Jan. 4-5. Bertagna has been to Belfast nine times in the last four years setting up series with the men’s and women’s hockey teams for the two conferences.

“It’s a great city,” said Bertagna, who believes the program is a good way for the players involved to get a good mix of hockey with education. “We’re bringing college hockey to people who haven’t seen it before.”

Through all of his experiences over the years, Bertagna is still as enthusiastic about hockey as he was when he first got into the sport.

“I came out of a hockey town where you saw how the game brought people together,” Bertagna said. “Now that I’ve done this for five decades, I realize that most of my friends have been made through hockey. I met my wife, Kathy, through hockey. I’ve been able to travel through hockey. I’ve made a living through hockey. So, it’s easy when you get asked to do some things that are volunteer to make the connection that, this game’s been really good to me — I ought to give back. And the giving back is not an obligation, it’s so much fun a lot of these things.”

Behind The Glass Articles