For the 16th straight year, all 24 North American Hockey League teams played four regular-season games (48 games played total over the weekend) as part of the NAHL Showcase from Sept. 19-23.

Hosted at Schwan’s Super Rink in Blaine, Minn., the event saw over 360 scouts, coaches and evaluators in attendance, establishing a new event record. Among those in attendance were nearly every NHL team and 159 NCAA Division I and III evaluators.

The NAHL prides itself on giving its players the opportunity for that next step and the NAHL Showcase plays a big role in that success. Billed one of hockey’s most prominent and popular events of the season, the event has played in role in seeing the NAHL set a record number of 331 players make NCAA commitments during the 2017-18, with 70% of those being Division I schools.

At the helm of the NAHL is Mark Frankenfeld, the league’s commissioner and president since 2007. As commissioner, his responsibilities include overseeing the day-to-day operations and all business aspects of the league.

During his tenure, Frankenfeld has set the foundation for continued success, expanding the footprint of the league to 24 teams representing 14 states, allowing the league to continue to grow and truly become America's only 'national league' when it comes to junior hockey.

Recently, USA Hockey sat down and spoke with the NAHL’s commissioner.

USA Hockey: The USHL and NAHL recently announced a player movement agreement. How does this impact not only your respective leagues, but junior hockey landscape in the United States?

Frankenfeld: The agreement has several features, but ultimately reinforces that the NAHL and USHL are partners in the common core commitment to develop players for the NCAA and NHL. One feature in the agreement is simply to update an existing agreement between the leagues that governs off-season movement. Other features in the new agreement lay out rules of engagement that governs player movement between the leagues during the season. When simplified, the agreement is about the NAHL and the USHL working together to put the player in the best position possible to develop. Combining the resources of the USHL and the NAHL for player development equals an unmatched investment into the junior hockey community.

USA Hockey: It seems both the NAHL and USHL have never been in better condition. How would you describe the growth of junior hockey in the United States since taking your role in 2007?

Frankenfeld: The growth of junior hockey is no accident and there are a lot of good people within the USA Hockey family to thank. The NAHL’s responsibility during this time was to evolve in its ownership, its coaches and markets in order to provide players the best junior development experience possible. The NAHL evolution during this time has allowed us to attract some of the best coaches and players in the world. Back in 2007, we had 18 teams and just over 100 commitments, and today we have 24 teams and over 330 NCAA commitments. Junior hockey is where it is today because of our committed ownership, who all take a financial risk by providing players top-quality coaching, skill development and community-supported teams in stable markets, and one-of-a-kind events that provide unparalleled exposure.

USA Hockey: The NAHL/NA3HL continues to see growth, from its NHL alumni to its NCAA commitments and now this year’s NAHL Showcase. What do you think is contributing the most to the league’s success?

Frankenfeld: The NAHL’s success comes from many ways. It starts with simple concepts such as putting the player first or hiring the best coach available, but there is so much more to it. I think it boils down to our owners are very successful and competitive folks. They do hire the best coaches, they do provide them the resources to develop the best players, they do give back to the community and they do develop the player as a young man off the ice, which all plays into our success. Each year, the play on the ice has improved and the number of commitments keeps rising. Players notice, so the NAHL is an easy choice if they get the opportunity. Combine all of the above with the NAHL event structure beginning with the Showcase in Blaine, Minnesota, then the Top Prospects in Attleboro, Massachusetts, and concluding with the Robertson Cup Championship in Blaine, Minnesota, which creates unmatched exposure opportunities for our players.

USA Hockey: When you see more and more NAHL players not only make it to the NHL, but establish successful careers, and in the case of Connor Hellebuyck and Ryan Miller, tying American-born goaltending NHL records, what does that mean to you in regard to the development path of the NAHL?

FRANKENFELD: Everyone develops at a different pace. I think those players that are in the NHL who are NAHL alumni all have a story to tell. Most of it revolves around them exploding onto the scene while they were playing in the NAHL, and then from there, getting interest from NHL clubs. Many of our success stories are because a player gets an opportunity in the NAHL and then takes advantage of that at each level he advances to.

USA Hockey: What is your elevator pitch to a prospective junior hockey player and/or general fan that is considering the NAHL or just learning about the league? Why play there and what excites you about newcomers to the league?

Frankenfeld: I believe that junior hockey is the purest form of the sport, there are no salaries or contracts hanging over the players head, just strong-willed young men battling for space, to be the hero of that particular moment, all to earn their spot on the team, the ice and their future in the sport they love. Don't be confused, these guys are big, strong, fast, skilled, in the best shape of their lives, so when they are all battling for the same space over and over, at some point, something very exciting is going to simultaneously combust. There is no better place to get up close and personal with the action than at an NAHL game. It's a great way to celebrate the community, the team, and most importantly, the player. There is no better place to play junior hockey than the NAHL, most players start in the NAHL without a NCAA D1 commitment, but they earn it while playing in the NAHL. 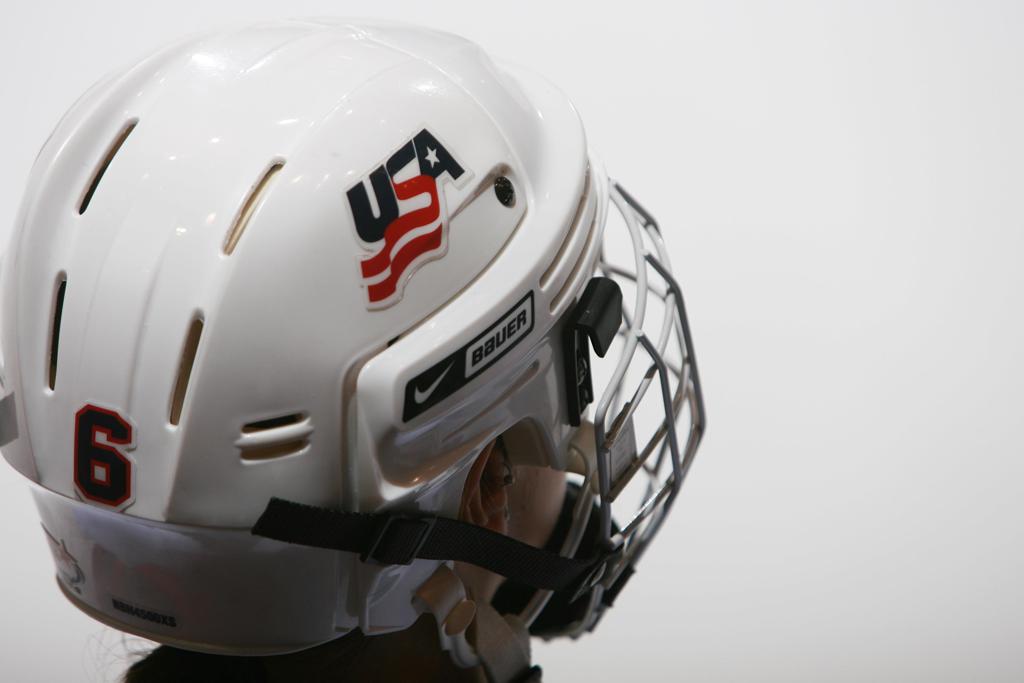 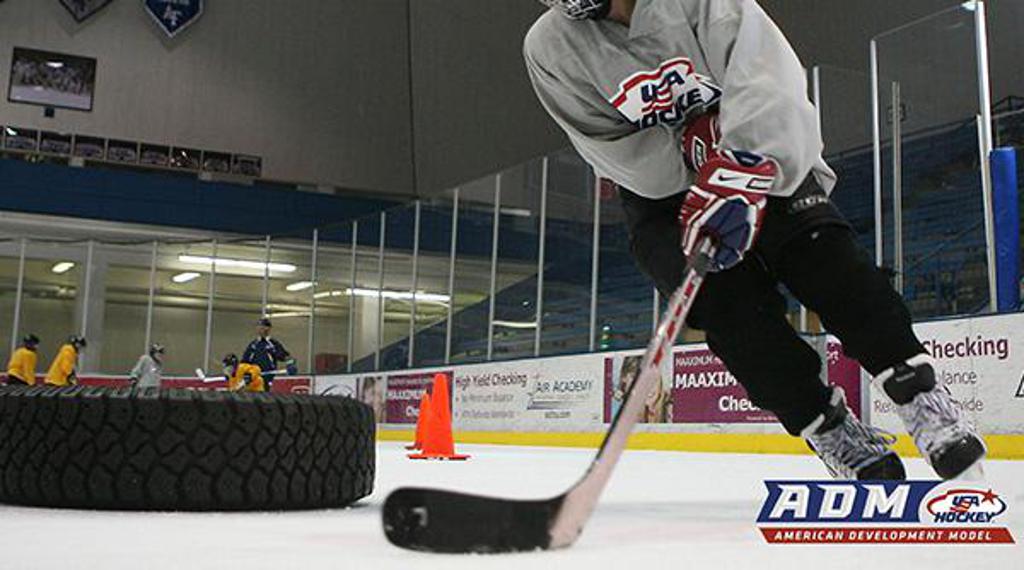 Blueliner flourished on offense and defense with Team USA this season

David coached the Player and Goalie of the Year in Dubuque.