Son of a college coach, Berglund delivers smiles and skills to Massachusetts kids

Hockey lifer is a Noshoba youth/girls coach and board member

Looking back on his childhood, Brant Berglund took for granted the opportunities he had in hockey and the players he got to meet.

After school as an elementary student, Berglund would head to Matthews Arena — the home of the Northeastern University men’s hockey team, former home of the Boston Bruins and oldest hockey rink in the world — where his dad, Bill, was an assistant coach for Northeastern. When his dad moved a couple miles away to Boston University for an assistant coaching job, Berglund got to watch Joe Sacco and Keith Tkachuk hone their skills.

Berglund’s dad was also a scout for the Montreal Canadiens, so Berglund rubbed shoulders with some NHL greats. 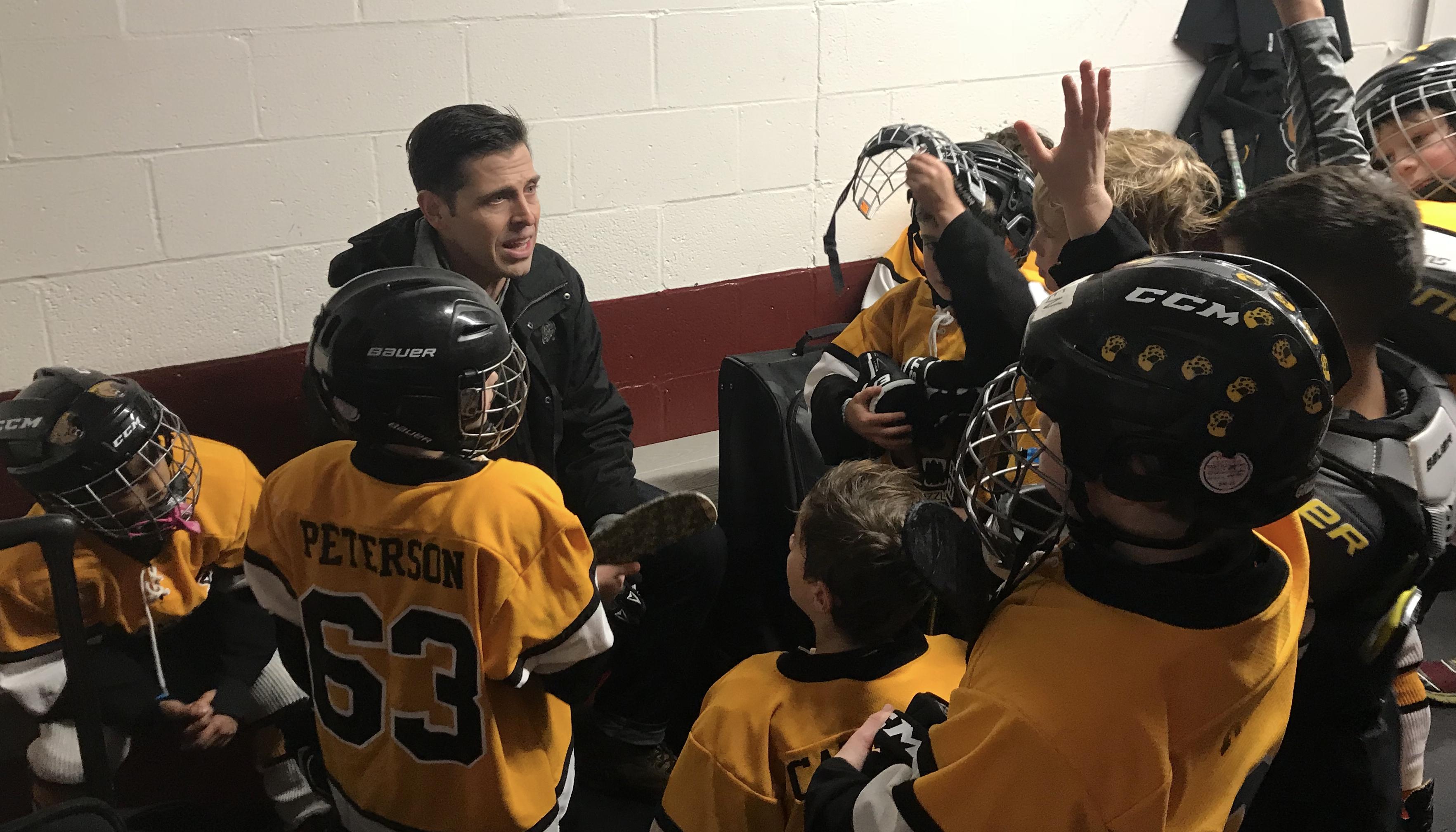 “You don’t realize how fortunate you are sometimes being around Don McKenney at practices, legends of pro hockey and college hockey — and then [longtime BU coach] Jack Parker,” Berglund said. “You just see them every day and don’t realize it.”

When Berglund grew up, he started to understand the magnitude of his early years associated with the game.

“I don’t know who else in Massachusetts could have a better lay out of their life,” Berglund said. “It’s in my blood. It’s what drives me to make sure other kids see how cool and how awesome hockey is and how much you can learn from it.”

Hockey has followed Berglund wherever he’s gone in life. The sport is just as big in his life now as it was when he first laced up his skates as a 3-year-old. These days, Berglund passes along his passion for hockey to young, up-and-coming players.

Berglund is the head coach for two hockey teams, an 8U youth squad and a 10U girls team within Nashoba Youth Hockey — which serves the communities of Littleton, Tyngsborough and Westford, Massachusetts. He also helps the board of directors in a quality control role.

Berglund, 41, played one season of prep school hockey and had dreams of playing in college. However, it didn’t pan out. While attending BU, Berglund got an opportunity to work on the hockey coaching staff and jumped at it. The program had recently purchased a video editing system and Berglund became the video coordinator in 1997. Upon graduating in 2001, Berglund was hired for a season and a half before he moved over to the Boston Bruins as their video coach. He spent nearly nine years in the position before leaving.

“Our family expanded and I wanted to be around my kids and my wife more and be more of a dad and not be traveling all the time,” Berglund said.

Berglund didn’t leave hockey behind entirely, though. He took a job at XOS Digital as the director of product marketing for hockey. The editing and technology company is responsible for the software that’s on the tablets that most NHL and college hockey coaches use on their bench.

When Berglund’s two kids got involved in hockey, he turned to coaching four years ago.

Berglund is a big advocate of using USA Hockey’s American Development Model (ADM) in his coaching. He likes how it provides more engagement, fun and skill development repetitions for his players.

“They’re always moving,” said Neal Starr, whose daughter skates on Berglund’s 10U team. “There’s not a lot of standing around at his practices; That’s something that I really like. They’re either all involved in the drills and doing it or he has different stations set up and standing around at a minimum.”

Berglund orchestrates a fun environment at the rink. He wants his coaches to let the players enjoy the game and develop their skills along the way.

“I want a kid that leaves the rink at the end of the day, hops in the minivan, gets home and grabs a stick as soon as he gets out of the garage because he wants to play in the driveway to try something he learned,” Berglund said. “That’s when we’re successful. That’s the biggest thing we try to do.”

Berglund, who spends five to six hours at the rink per week, prioritizes long-term athletic development and long-term personality development for the young students of the game.

“There’s nothing worse than an overaggressive environment for these kids and making them feel like every game is do or die,” said Berglund, whose daughter plays on his 10U team and son plays on the 8U squad. “These kids need to develop and touch the puck and they need to get better over time, at their own pace – an age-appropriate pace. The win-at-all-cost mentality doesn’t fly with us. We’re more concerned about kids, good athletes and good hockey players. That’s sort of our motto. Really focusing on hometown hockey.”

Starr enjoys Berglund’s coaching philosophy. He calls Berglund one of the best coaches he’s ever watched work with young athletes.

“What I value is he kind of lets them play and do what they need to do,” Starr said. “When they come back to the bench, he’ll say, ‘Great job.’ He’ll give them pointers about, ‘Hey, why don’t you try this next time’ — stuff like that. I’m not a big fan of what he calls ‘PlayStation coaching,’ where someone’s constantly yelling out, ‘Go to the boards. Get back on defense. Do this, do that.’ It’s not helping them. They’ve got to play the game for themselves and figure it out.”

With Berglund coaching two teams and playing a role with the Nashoba Youth Hockey board of directors, this time of year is busy. But he likes to be constantly on the move, especially when he’s on the ice helping develop young hockey players.

“Call it a hobby, call it a pastime or whatever,” Berglund said. “It’s something you enjoy. It’s hectic, but it’s all right. You’ve got a long life to be relaxing and having your feet up. Kids keep you going and it’s great. I always say we’re the lucky ones when I talk to other coaches.”