It was almost the year of the Beached Whalers.

Playing for the seventh time in the annual event in Eagle River, Wisconsin, the guys who hail from Chicago and the Detroit area couldn’t quite pull it off. The Beached Whalers, playing in the Silver 30+ Division, advanced to the title game for the second time ever, but fell in overtime, 6-5, to Thunder Road.

The Beached Whalers have only missed the playoffs once over the years, which is quite a feat in itself.

“We’ve had a good run,” team member James Bohrer said. “We make it every year. Almost.”

The players feel it’s important to get past pool play as one of the top teams in its division.

“Absolutely,” Bohrer said. “Sunday shouldn’t be just a travel day. We want to get up and play some hockey.”

“It just validates that you’re not the worst hockey players up at a tournament,” team member Mike Fates said. “It’s fun to know that you did pretty well. The allure of having one of those banners that says ‘national champions’ on it would be kind of a fun thing to have.”

In 2015, the Beached Whalers played in the championship game of its division, but lost.

Four of the players on the team live in Chicago and play for the Beached Whalers at Johnny’s IceHouse. The two other guys are on a team in Detroit.

“Whether we’re in the same city or not, whales swim together,” joked a teammate.

Most of the team members, who range in age from 35 to 37, have played hockey together for 15 years. Their chemistry really shines through when they are on the ice.

“You know what type of style everybody plays,” Bohrer said. “We don’t just come up here and wing it. We think we have a pretty good system in place, who plays back, who plays forward, who’s good at scoring goals on the pond and who’s better at poke checks and playing D.”

Fates said: “Everyone knows what everyone else is supposed to do, and it makes it a lot easier. You can kind of tell the teams that haven’t been up here yet that don’t really understand the pond thing. There was a team we beat that probably had two or three or four individual players better than any one of us. But they kept trying to stickhandle over cracks and snow, and we just stayed in our positions and let the puck come to us. They’ll learn that. That happened to us for a couple of years.”

Some of the guys are high school friends, met in college or became friends when they started playing hockey in Chicago.

“Hockey’s only two degrees of separation,” Bohrer said. “Everybody kind of knew each other either playing together in high school from where you were from or at some point in time a lot of us played college and we played each other in college. Now, we’re all just a core group of friends for 15 years or so.”

The guys travel to a number of pond hockey events each year, but their favorite one is in northern Wisconsin.

“This one’s got the best atmosphere,” Fates said.

Bohrer loves getting a chance to spend time with his friends.

“You’re up here, you’re outside, you’re hanging out, you’re on a frozen pond, you get to play some hockey. Especially now that the guys don’t all live in the same area, it’s a great opportunity for us to get back together and play with your old teammates,” Bohrer said. 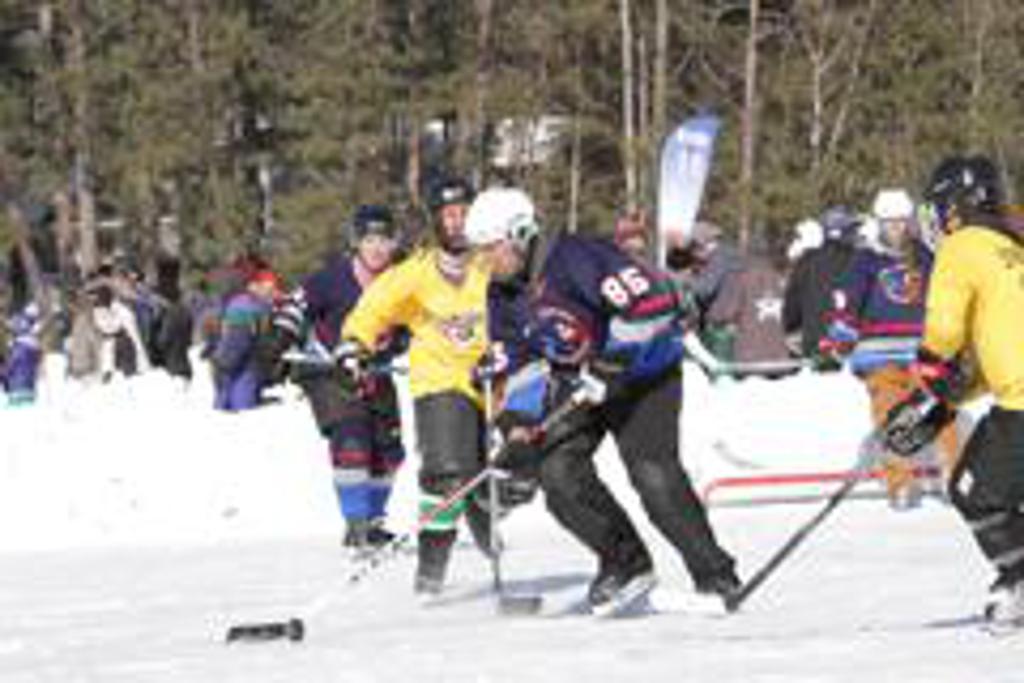 Winners to be honored as part of USA Hockey's Annual Congress, which runs from June 8-11 in Denver, Colorado

Getting Open: 4 Tips from an NHL Skills Coach