The Philadelphia Little Flyers not only opened the Eastern Hockey League season by sweeping two games from Team Maryland, but the Little Flyers did so by shutout in each game.

The Little Flyers, Frozen Finals round-robin participants a year ago, ruined the Team Maryland league debut with a 3-0 win Friday afternoon in Aston, Pennsylvania. The Little Flyers then won 9-0 Monday in Odenton, Maryland.

Brendahn Brawley made 17 saves in the opening shutout. Thomas McLaren had 27 saves Sunday.

Tanner Beals made 50 saves for Maryland in the first game, keeping the Little Flyers off the scoreboard despite an 18-3 shot discrepancy in the first period. Philadelphia finished with a 53-17 lead in shots.

Mikey Giampapa scored one goal and assisted on another.

Alexander McBey scored the first goal of the season for the Little Flyers and then had two power-play goals in the first 7:28 to begin the scoring in Sunday’s rout.

Kyle Scott wound up leading the offense with four goals.

Milwaukee made its league debut Friday by beating the Peoria Mustangs 4-3, then won again Saturday, 6-3.

Ben Beyersdorf scored the first goal in team history and finished the weekend with three goals.

Jason Gratz had the overtime game-winner.

Darren Nathan made 50 saves while Eric Immel had a goal and two assists Sunday.

Brandon Schweikert forced overtime by scoring 18 seconds after Dominic Capella, then Schweikert added the winning goal during the extra session.

In their opener, the Bighorns topped Butte 8-1. Helena then skated past the Missoula Junior Bruins 4-2.

There have been four games played total, including another Muskegon win over Chicago, 5-4, the next night.

Joey Kile and Hunter Skinner each scored twice for the Lumberjacks in their first two games.

The league begins its regular season schedule with the Fall Classic in the Pittsburgh suburb of Cranberry, Pennsylvania, Sept. 27-30. There are five games on the first day of the event.

The five-team Colorado-based league conducted three seasons with a different champion in each season. The Aspen Leafs won in 2015-16, followed by the Pikes Peak Miners. The Steamboat Wranglers won the final title.

Cassetti had 10 points in the final 14 games of the 2017-18 season. The 19-year-old forward from Pleasanton, California, finished with eight goals and 10 assists in 44 games, then added two goals and an assist in 10 playoff games.

Kesselring, an 18-year-old from New Hampton, New Hampshire, played 12 games at the end of last season and is set to play with Des Moines again this season. He was selected in the sixth round of the 2018 NHL Entry Draft by the Edmonton Oilers.

ONE-TIMERS: The North American Hockey League is scheduled to open its season Friday with the Odessa Jackalopes at the Topeka Pilots and the Corpus Christi IceRays at the Shreveport Mudbugs … The NAHL Showcase is scheduled for Sept. 19-22 at the Super Rink in Blaine, Minnesota, with all 24 teams playing regular-season games … Isaac Smoldon and Nash Pine each registered hat tricks Saturday when the Bozeman IceDogs shut out the Butte Cobras, 13-0, in an NA3HL game. 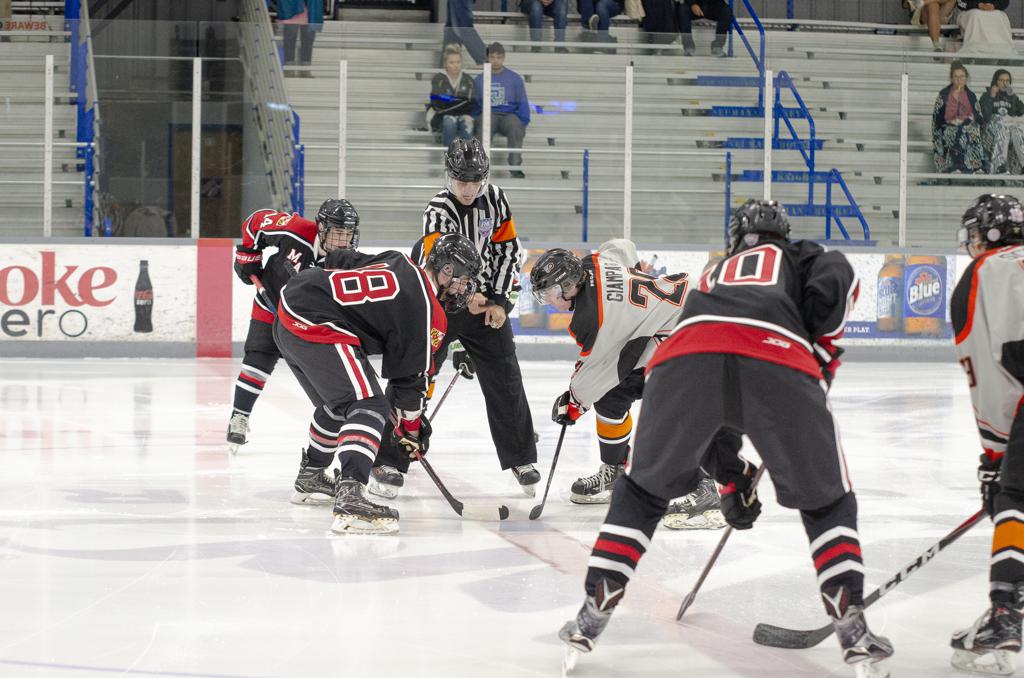