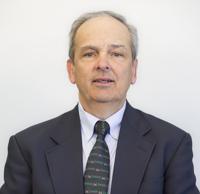 LAKE PLACID, N.Y. — One of the most successful coaches in college hockey history, Bill Beaney finished his time behind the bench at Middlebury College with 602 career victories, a .686 career winning percentage and eight NCAA Division III men’s ice hockey national championships. With credentials like that, it's no wonder Beaney held attendees in rapt attention during his Sunday morning keynote.

The Lake Placid native recounted his childhood days, reminiscing about the carefree, unhurried and unstructured hockey he and his friends played on the pond. After setting the mood, he asked the 450 coaches in attendance to think about pond hockey and all it could do for today’s over-structured, over-scheduled and over-pressured youth players.

“I’d like to see coaches bring back the pond hockey mentality,” said Beaney. “Everything doesn’t have to be ultra-sophisticated to be effective.”

Above all, he lobbied for coaches to maintain a long-term view.

“Time is the incubator of creativity and greatness,” said Beaney. “Don’t give up on the late bloomer. Develop more, evaluate less.”

After the keynote, attendees moved to one of 10 breakout sessions, including a robust group that braved a few sprinkles on their way to the historic Olympic oval for off-ice games and training.

Following the breakouts, attendees reconvened in the main ballroom for Nashville Predators assistant coach Dan Muse. The Massachusetts native and former video coach with the U.S. National Junior Team delivered the symposium’s final keynote presentation, covering offensive concepts and habits. It was a fitting choice of topic for Muse, given that the Predators finished No. 7 overall in goals per game last season and tied for No. 2 in PDO.