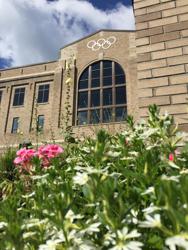 The biennial event is a stepping stone toward achieving USA Hockey’s highest coaching certification – Level 5 – and it offers a unique opportunity for coaches to learn, teach and interact with the world’s elite bench bosses and hockey luminaries.

Thursday’s opening night began with the official kickoff from Mike MacMillan, USA Hockey’s national coach in chief, and Chuck Gridley, coach in chief for USA Hockey’s New York District. Afterward, USA Hockey’s Lou Vairo, head coach of the 1984 U.S. Olympic Men’s Ice Hockey Team, stepped to the mic. Next up was a panel discussion with 1980 U.S. Olympic gold medalists Mike Eruzione, John Harrington, Mark Johnson and Ken Morrow, a discussion that took place mere steps away from where they orchestrated the Miracle on Ice 38 years ago. 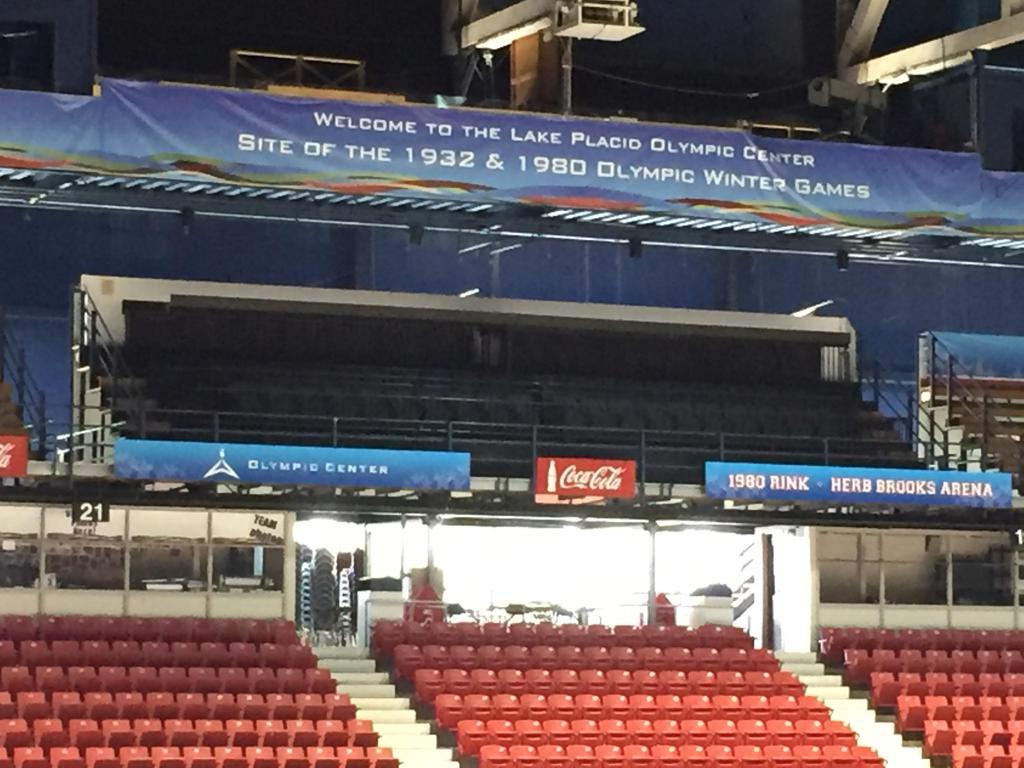 Memories of 1980 flowed freely with the panelists, who also offered coaching advice culled from their lives in the game. Eruzione's first tip was especially apropos from the man who scored the game-winning goal against the Soviets.

Eruzione also cued attendees to dig a little deeper when it comes to leading a team.

"When you coach kids, everybody handles things differently," he said. "Some kids need a hug. You don't know what's going on at home, or if they're having issues off the ice or in school. Get to know the players you coach. Understand what buttons to push that will motivate them and not turn them away."

Harrington, known as one of the hardest-working players of his generation, offered a reminder about the importance of patience and opportunity in player development, even beyond the 18-and-under age classification.

"I improved more as a player at 19, 20 years old than at any other time in my life," said the former University of Minnesota Duluth walk-on turned Olympic gold medalist.

The National Hockey Coaches Symposium’s roots trace back to 1979 when Vairo, then director of USA Hockey’s Coaching Program, led the organization’s first national-level advanced coaches clinic in Colorado Springs, Colorado. In 1985, a biennial masters-level clinic was added to the program, the first of which was led by Keith Blase, Vairo’s successor as coaching director. Both Vairo and Blase are in attendance at the 2018 symposium.

“It’s been almost 40 years since we hosted the first national advanced coaches clinic, and the enthusiasm hasn’t changed – that’s why we’re still here,” said Vairo. “And it’s exciting to see the younger generations building on that foundation of teaching and learning.

“This event and the coaching education program as a whole has just continued to grow through the years, with the help of all the coaching directors and CICs, and it’s been a complete team effort.”

From the Spirit of St. Louis to a New York State of Mind

New York last hosted the event in 2006, in Rochester.

Day 2 of the symposium will begin Friday with a welcome from USA Hockey’s Mark Tabrum, director of the coaching education program. Also on the agenda, the aforementioned Blashill returns this year to present on individual skill development. On-ice breakout sessions at the 1980 and 1932 Olympic Rinks will follow, then a panel discussion with 2018 U.S. Olympic and Paralympic coaches Tony Granato, Paul Mara and Guy Gosselin. After that, USA Hockey NTDP coach Seth Appert will present on angles, gaps and transitions. Two-time Stanley Cup champion Mike Sullivan, head coach of the Pittsburgh Penguins, follows Appert.