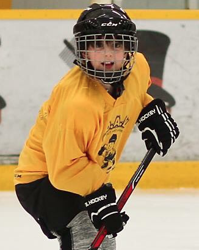 "Hockey continues to grow at every level in the United States, and as our participation numbers indicate, the best is yet to come as these young players continue to play, love and excel," said Jim Smith, president of USA Hockey. "With initiatives like Try Hockey For Free Day and our American Development Model welcoming more and more young players to the sport, the sky's the limit for hockey in the U.S."

USA Hockey is once again on pace for season-over-season player participation increases in the youth and girls classifications.

"It’s terrific to see American hockey continue to grow, particularly at the entry level, since it sets such a solid foundation for the game’s future," said Pat Kelleher, executive director of USA Hockey. "It's a credit to our volunteers at associations all across the country, our partners at the NHL, its member clubs and NHLPA, and so many others who share in our vision to provide the great lifelong experience hockey offers to families throughout the U.S."

Doughtie was introduced to the game in 2017 through USA Hockey’s Try Hockey For Free Day and the Little Predators Learn-to-Play program, part of a league-wide initiative developed by the NHL and NHLPA that provides new players with six to eight weeks of beginner instruction and a full set of hockey equipment to keep. This spring, Doughtie will skate in the Nashville Predators Amateur Hockey Association house league at Ford Ice Center.