Meet the Ric Flairs: The Nature Boys of pond hockey

For these “Nature Boys,” it’s hockey – not wrestling – that’s truly in their blood. 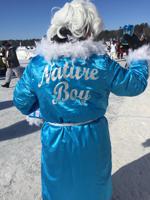 As the 2016 Labatt Blue USA Hockey Pond Hockey 30 Bronze national champions, the Texas-based Ric Flairs have found success in and outside of the rink.

For these “Nature Boys,” it’s hockey – not wrestling – that’s truly in their blood. And, although they certainly don’t have the limousine-riding, jet-flying experience as their celebrity namesake, these Flairs and their collective successes would undoubtedly make him proud.

On top of that, they’ve got an awesome set of sweaters, too. To learn a little more about this venerable stable of champions, we went one-on-one with team captain and longtime youth coach Kevin Brown.

USA Hockey: So how did you settle on the Ric Flairs?

Kevin Brown: It was a group effort. We’re all big Ric Flair fans and we were sitting around the cabin back in 2015, and just got on this kick of doing the Ric Flair rant.

I wanted to do something special for our Eagle River group, so I got the jerseys made. Of course, pink was a great color because no one else would have that it, so we stand out really well. Now, we’ve added the Ric Flair robes and title belts to wear to our games, too.

USA Hockey: How and when did you get started in hockey?

Brown: I fell in love with the sport around the age of 5. I won a shootout at the Montana State Fair and got a free year of ice hockey. I’ve played hockey in some form every year since, and coached in California, Nevada and Texas, too. Of all the sports I’ve played, hockey is the most challenging and rewarding – it offers so many life lessons you won’t learn in school or at home.

USA Hockey: What keeps you coming back year after year?

Brown: Hockey is an amazing sport for many reasons, but the friendships you build along the way last a lifetime. Many in our group have known each other for more than 10 years and some much longer. We have not only been great teammates, but are family.

Hockey teaches kids a lot about working together and how to get along with many different types of people. Both are major benefits for when you move into the adult world. As an adult, I’ve coached for more than 15 years. I used to play three to four nights a week but, as I am getting older, I play once a week and the occasional lunch-time skate on Fridays.

Brown: Pond hockey is amazing, because the ice is a true equalizer. With ice conditions always changing, you never know when a crack might grab your skate and take you down. Also, it’s a great change of pace from in-rink tournaments.

The best part about Eagle River, specifically, is all of the people who volunteer their time and energy to make sure we have the best experience. For many in our group, this will be their 12th year attending this tournament – and it’s something we look forward to every year. 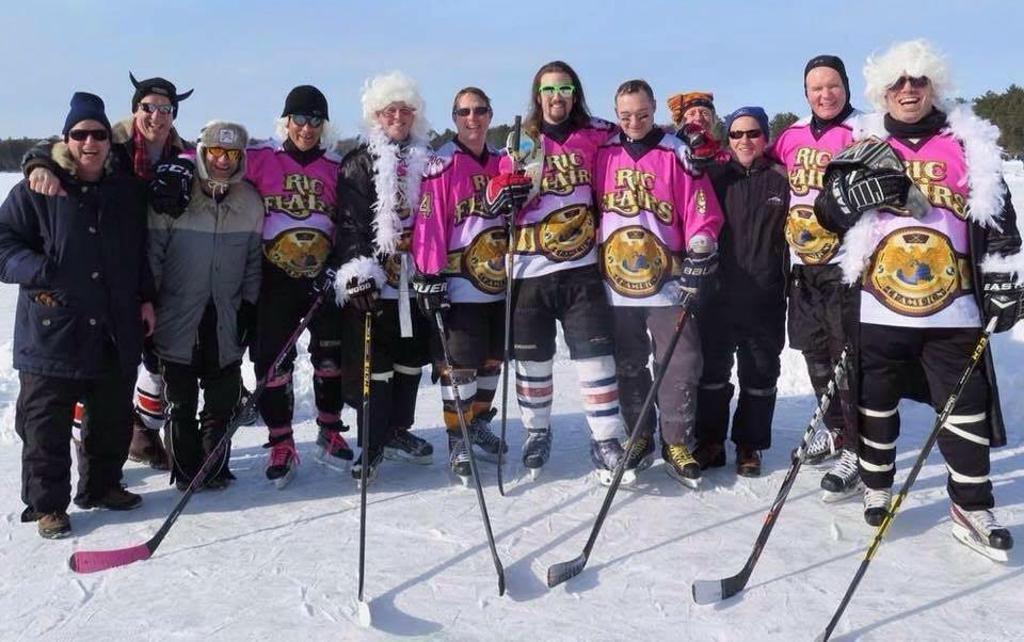