The best party of my adult hockey life

Labatt Blue/USA Hockey Pond Hockey National Championships, an experience like none other.

With the 12th annual Labatt Blue/USA Hockey Pond Hockey National Championships upon us, teams from all over the country are convening in Eagle River, Wisconsin, for an experience like none other.

That’s no more certain than deep in the heart of Texas, where Houston’s Ed “Meebs” Meerbrey has organized Eagle River travel teams – including a stylish squad called the Ric Flairs – for more than a decade.

“In 2007, we had one team and six players make the trip, and since, we’ve had as many as 60 players ranging from 30-70 years old share in the experience,” said Meerbrey, a 61-year-old whose own pond hockey career began 56 years ago in Evanston, Illinois. “I always try to have at least a handful of people who have never been to Eagle River, as my goal is to expose as many people as I can to an experience that I believe can’t be duplicated in any other hockey setting.”

Back to its roots

The Labatt Blue/USA Hockey Pond Hockey National Championships began in 2006 with 40 teams on six rinks and has evolved into 330 teams and more than 2,300 players across 19 divisions.

The best part of tournaments like Eagle River, Meerbrey said, is that it brings the game back to its roots.

“Eagle River is pond hockey on steroids,” he said. “This kind of hockey keeps me young, or at least feeling young. It brings together some 2,500 hockey players – all with the same passion for the game – to a small town that fully embraces the entire experience.”

Meerbrey, who will retire from his day job at Toshiba in June, still plays two or three times a week – sometimes against skaters half his age. It’s a great way to stay in shape, he said, and the camaraderie of hockey is unmatched.

“I can think of no other sport that brings together groups of people from 20 to 70 years old, where everyone hangs out after the game together,” he said. There just seems to be a thread that runs through all of us hockey players that binds us together, young and old, that just can't be duplicated. The Eagle River tournament is a perfect example of that.”

Each and every year is different and, with new players every year, it’s always fun to see the newbies’ reaction to Eagle River and all it brings, Meerbrey said.

“In some way, something makes every year and every tourney one to remember,” he said. “For example, we love thinking about the time the Ric Flairs finally won their bracket. “On the other side of the spectrum, we’ve had at least one beginners’ team in the tournament each year, and we have yet to have a win.”

Having played three games per year, Meerbrey’s beginners are currently 0-27.

“This is the year that we get that elusive first win,” he said.

Although he’s looking forward to putting away his work shoes on a permanent basis, Meerbrey plans to keep skating, both in Houston-area leagues and tournaments like Eagle River.

“USA Hockey does a great job in making opportunities available for people of all ages to experience our great sport,” he said. “The tournaments they manage give people with the same passions a chance to get together and not only enjoy the game, but to meet a lot of great people.

“I still hope that the best party of my adult hockey experience is still in front of me, as I plan to be playing as long as I can lace them up.” 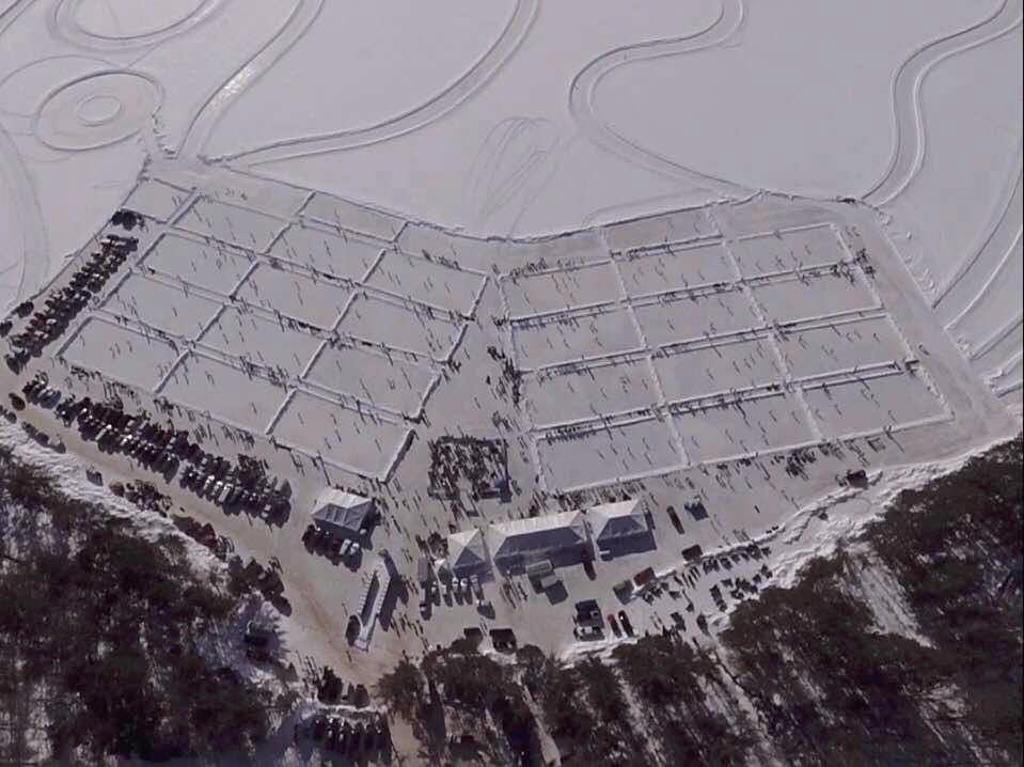