Many-splendored Montana, with its big skies, tall peaks and mad grizzlies, ranked among the faster-growing American states by population in 2017. Hockey participation in the Treasure State is also on the rise, with strong gains in every category. But it’s not merely a surge in transplants driving the growth, and that’s great news for the game’s future in Big Sky Country.

“The players moving in from other states are the exception,” said Pete Kamman, Montana Amateur Hockey Association coach-in-chief. “The vast majority of the growth is coming from non-traditional, first-generation Montana hockey players picking up skates and sticks and coming to the rink. It’s awesome to see. Almost every association in the state is seeing an influx of kids, especially at the younger levels.”

Kamman is one of the people harnessing that momentum and making sure those boys and girls skate toward their full long-term potential. Raised primarily in Chicago, he vacationed in Montana with his family, and after playing club hockey at Miami University, he decided to become a Big Sky transplant.

Stationed in Bozeman, Kamman works closely with longtime Montana hockey architect Al Bloomer and MAHA president Mike McIntosh to nurture the state’s burgeoning puck passion. They recently celebrated the opening of a second ice sheet in Bozeman and they’re hopeful about the addition of a third sheet in Missoula. Outdoor rinks in Dillon, Red Lodge, Big Sky, Philipsburg and Lewistown have also sprung up to accommodate the rising interest.

“They’re really focusing on growing the 6U and 8U programs with the hope of fielding 10U teams in the coming seasons,” said Kamman. “In Big Sky, they went from, like, six kids two years ago to almost 70 now.”

As players throughout Montana develop their skills, they have two newish initiatives helping propel them to higher heights: the preseason Montana Hockey Summit and the postseason Montana Player Development Camp.

The summit is a weekend-long gathering of Montana’s entire hockey family. This season, it welcomed 70 coaches who gained or elevated their USA Hockey certification, along with boys and girls from each age classification who experienced three days of focused player development. USA Hockey’s Joe Bonnett, an American Development Model regional manager, was also there to help communicate the benefits of prioritizing long-term athlete development and doing what’s best for kids.

“It’s our big flagship event to begin the season,” said Kamman. “For the coaches, it’s a great environment to expand their knowledge, and for the players, they get five on-ice sessions plus dryland training, chalk talks, education on nutrition and other ways they can gain an edge in their training and overall development.”

Fast-forward to season’s end and the state development camp has morphed into something far different than previous iterations. What used to be solely an evaluation camp for a limited number of players hoping to advance to the district camp is now a full-scale development opportunity open to wide swath of players (12U through 18U for the boys; 10U though 18U for the girls) and every coach in Montana.

“It’s our crown jewel event,” said Kamman. “My goal is to have representation from every single association in the state. Each player gets about seven hours of ice time over the three days with skill development, small-area games and game-situation drills. The evaluations still happen, but we emphasize the skill development and not the evaluation part.”

Three years ago, prior to the format change, approximately only 50 players participated. Last year, the event welcomed 200 players, not to mention USA Hockey staff and headliners like Celeste Brown, a Great Falls native who skated for the NWHL’s Connecticut Whale and now serves as an assistant women’s hockey coach at Penn State University.

A commonality of the preseason summit and the postseason camp is the absence of four- or five-game tournament-style slogs. Instead, the focus is on true player development on and off the ice. Gone is grind of comparatively meaningless games. Instead, Montana’s summit and camp participants experience high-engagement, high-intensity practice structures that maximize puck time, challenge and decision-making opportunities for every player. This paradigm shift links directly with studies showing that one proper practice provides players with the equivalent of 11 games worth of puck touches and skill development. It’s a sure recipe for nurturing high-performance play and long-term potential while minimizing burnout.

“The kids are definitely seeing a benefit from it, because they aren’t just going from tournament to tournament now,” said Kamman. “They are putting in some true development time instead, then going to a tournament. You’re seeing progress in those kids. They’re going down the right path.”

“Seeing the attention to detail and how a world-class player development organization is run, those were fantastic experiences, and being able to bring back little nuggets from those environments to our kids in Montana is awesome,” said Kamman. “The kids out here have always been hungry to play, but now we’re getting better direction, with things like the ADM and the coaching education, and that’s resulting in some good things.”

Among those good things is the increasing number of Montana boys and girls who are not only playing the game, but playing it at higher levels than ever before.

“We’re starting to see our kids compete more on the district and national level, whereas, a few years ago, it just didn’t happen,” said Kamman. “And it’s not just the random kid here or there. We’re getting multiple kids at all age levels making noise at the district levels, which has never happened before. Over the last couple of seasons, we’ve had a few boys and girls push to the national camps, which has rarely ever happened before. So the younger groups that are coming up, we’re seeing more success on a bigger scale than we have in the past, which is fueling even more growth.”

And while Montana’s rinks are spread farther across the map than some other states, those miles seem to be getting shorter all the time thanks to the can-do western spirit and MAHA.

“People think we’re crazy because of the challenges we face with sheer distance – sometimes driving six hours to league games – but the positive flipside is that Montana’s hockey parents and kids have become such a great, tight-knit hockey family,” said Kamman. “Everybody knows everybody across the state. I guess, in some ways, one of our biggest challenges has become a benefit, because it brings us all together.” 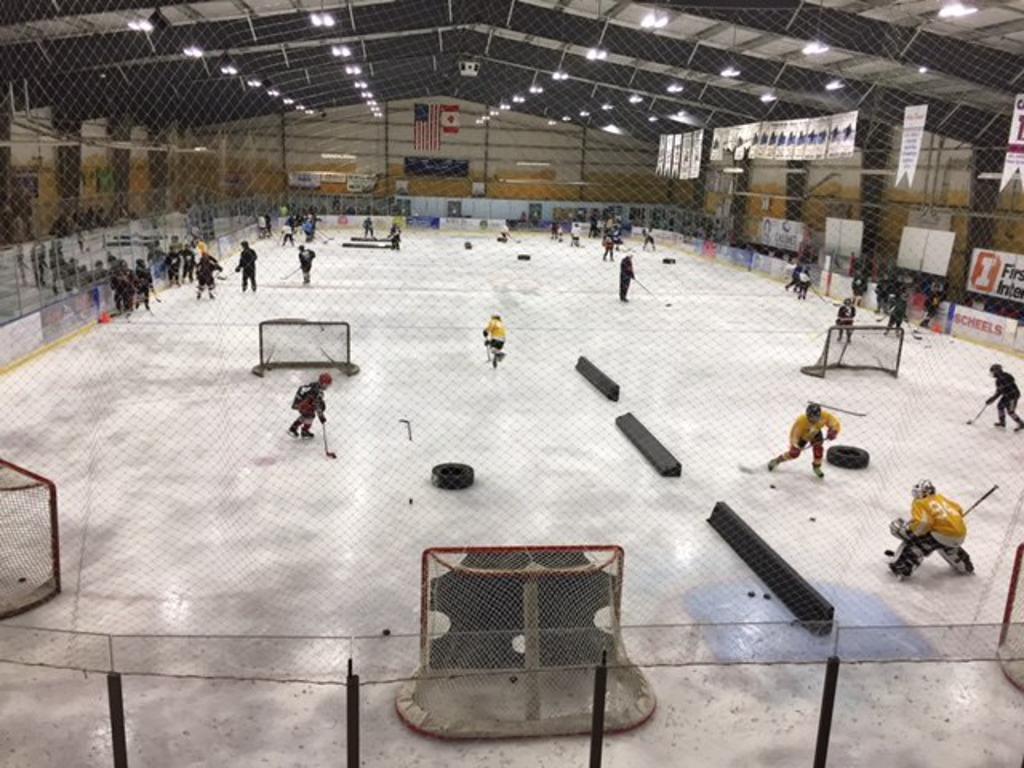