Purpose: Divider box tag allows players to continue working on skating in a fun, competitive environment. Specifically, the game emphasizes short-burst acceleration, edge control, change of direction, dodging and high knees. There is also a decision-making component tied to this game for the tagger and evaders.

Comments: This drill will provide fun and an increase in athleticism for your athletes. 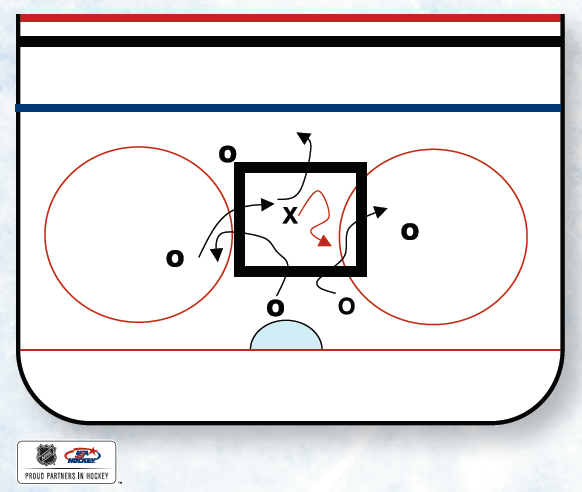 More Drills of the Month