Q: My son is a goalie on a 12U team and he has a goalie partner who is really good, at least one step ahead of my son. The coaches are great, and play both goalies equally, they split every period and alternate who is the starter and who is the closer.

After games, what should I tell my son to encourage him even when he has given up more goals than his goalie partner, and sometimes it results in a loss for the team?

A: Many parents of goalies struggle with what to say when goaltending is sometimes viewed as an individual sport within a team game. Here’s some advice: First of all, always ask your goalie if he or she had fun playing hockey, if he or she was a good teammate and what did he or she learn during the game. Those are productive questions. And after your goalie answers these questions, you can almost always change the subject and move on from the game. However, if your goalie wants to relive the game with you, begin by focusing on a save he or she made first. Talk about what the goalie did prior to the shot in order to be prepared to make the save, then how they made the save and what they did after (e.g., Was the puck covered? Was there a rebound?).

It’s also important to never focus on what his or her teammates might have done or not done to lead to the shot against. When goalies start to think about elements of the game that are out of their control, they lose some focus on their job.

Finally, focus on your use of terminology – and your goalie’s use of terminology – when discussing goals against. Goalies never “let” goals in. Goals are scored. That is part of the game. Be conscientious about your words. Ask your goalie to think about one thing he or she could have done to make a save when a goal was scored, and then remind them that every save and goal is a chance to learn and get a little better. And remind them that the best goalies in the world are simply trying to get a little better every day. 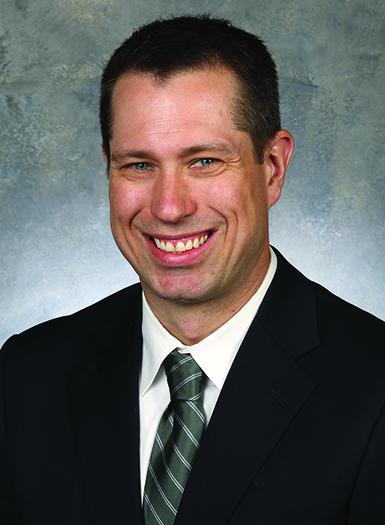 The author, Phil Osaer, played 12 seasons of pro hockey after earning All-CCHA honors at Ferris State. In 2014-15, he was Michigan State's director of hockey operations. Prior to that, Osaer served as an assistant coach and goaltending coach in the USHL.