Ask any member of the U.S. National Sled Hockey Team why the U.S. continues to excel in international events and more often than not the answer will be the same: team chemistry.

A large proponent in the chemistry development comes from the team’s monthly training camps, but when the team isn’t together, that chemistry continues to grow through club hockey where several national team players skate together daily.

This weekend, 15 members of Team USA will head to Plymouth, Minnesota, with their respective clubs to take part in the eighth annual USA Hockey Sled Classic, presented by the NHL. The tournament, which helps bring the sled hockey community together, allows national team players the chance to play with – or against – their national team teammates. In fact, all six teams in the Tier I division will have at least one national team player skating for them.

“It’s a small community in sled hockey, so we all kind of know each other, especially the higher-end players,” national team member Kevin McKee said. 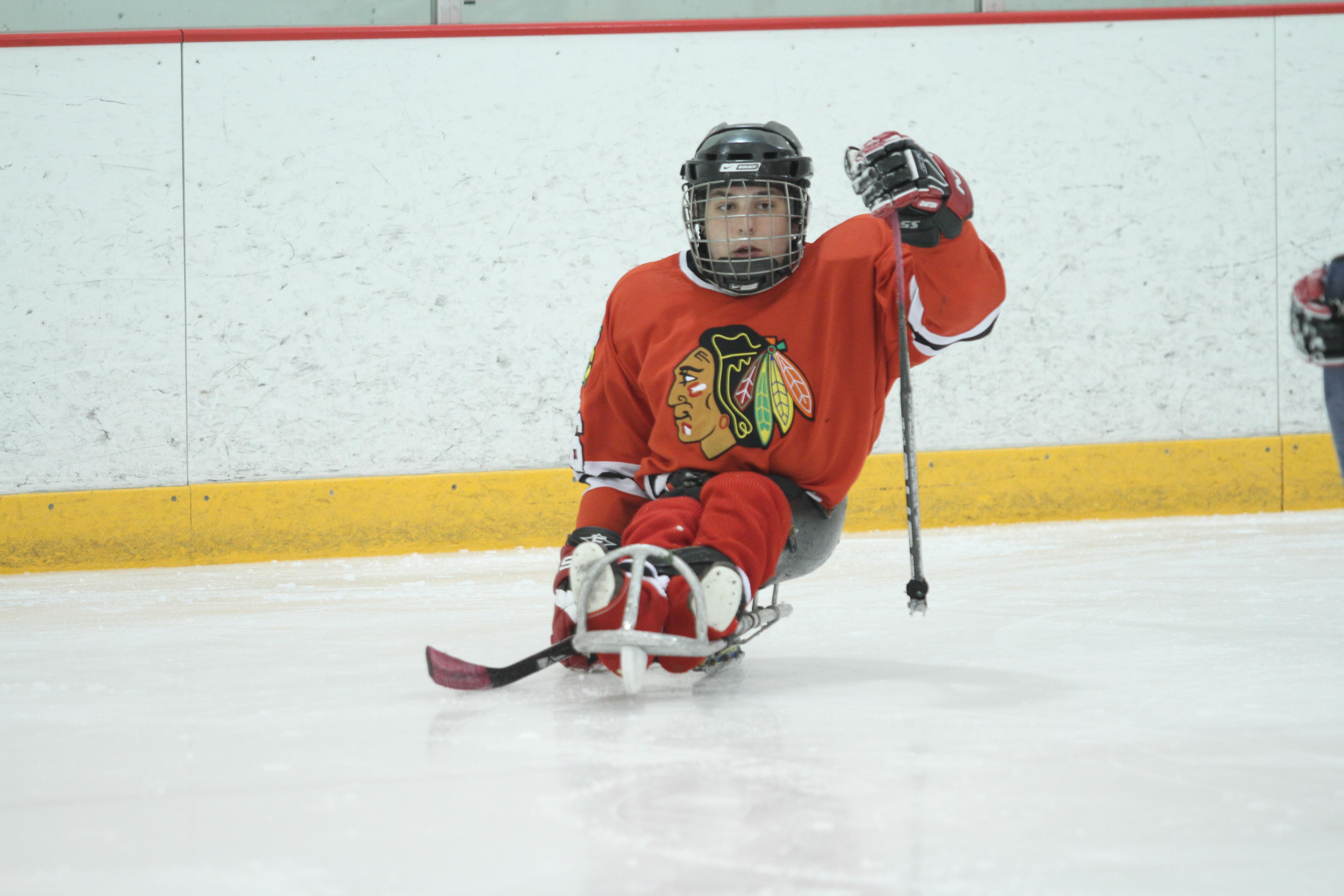 McKee, who was a member of the gold medal-winning 2014 U.S. Paralympic Sled Hockey Team in Sochi, Russia, is one of five national team players that will be skating for the Chicago Blackhawks this weekend. Joining him on the squad are fellow 2014 Paralympic gold medalists Brody Roybal and Jen Lee as well as Paralympic hopefuls Josh Misiewicz and Travis Dodson.

“Brody and I play on the same line on the national team and we’ve had a lot of chemistry over the years,” McKee said. “We can tell what each other is going to do before we even do it. I know he’s going to pass, where he’s going and same thing with me to him.”

McKee can even distinguish the sound of Roybal’s voice on the ice if he’s trying to convey directions. And while he has some chemistry with Misiewicz and Lee from their previous seasons with the national team, McKee has been working hard to build a stronger connection with Dodson, who is in his first year on the national team after being on the development team since 2015. The guys skate together about six to eight times per week.

“It’s getting better now that [Travis is] on the national team because he’s running the same system that we’ve been playing,” McKee said. “He’s starting to understand it better and he’s learning more and more each time.”

The Colorado Avalanche sled hockey team is also littered with national team players, including a trio of 2014 Paralympic gold medalists in Tyler Carron, Nikko Landeros and Rico Roman. Ralph DeQuebec, who served last season as a co-captain on the U.S. Development Sled Hockey Team, is making his national team debut this season.

In Carron, Landeros and DeQuebec, the Avalanche boast three of the four defensemen on this year’s national team. With all three players living within a 30-minute drive of one another, veterans Landeros and Carron have taken the opportunity to strength their bond with DeQuebec by spending time together on and off the ice.

“We practice almost every day and on and off the ice we do stuff, working out together,” Landeros said. “So, me, him and Tyler usually do a lot of stuff together. And we’re three of the four defensemen, so that’s really nice for tendencies. You don’t have to feel like you’re relying on anybody, but you really are just because you know where they are going to be and you can throw the puck somewhere without even looking if they’re going to be there because you know they will be there."

Gaining trust with a defensive partner is huge. Landeros and Carron, friends since high school, have been defensive line partners since first being introduced to the sport together in 2007. They’re very familiar with each other’s on-ice style.

“Tyler and I have been D partners since we’ve both been playing, so we’ve kind of got it down to a science,” Landeros said. “We don’t even talk to each other that much, it’s funny. And if we do, it’s before a faceoff or trying to figure things out.”

That same chemistry with DeQuebec, a national team rookie, is coming along.

“Ralph, he’s newer, but it’s been awesome seeing him develop. By the Paralympics, we should all be 100 percent on the same page in that aspect,” Landeros said. 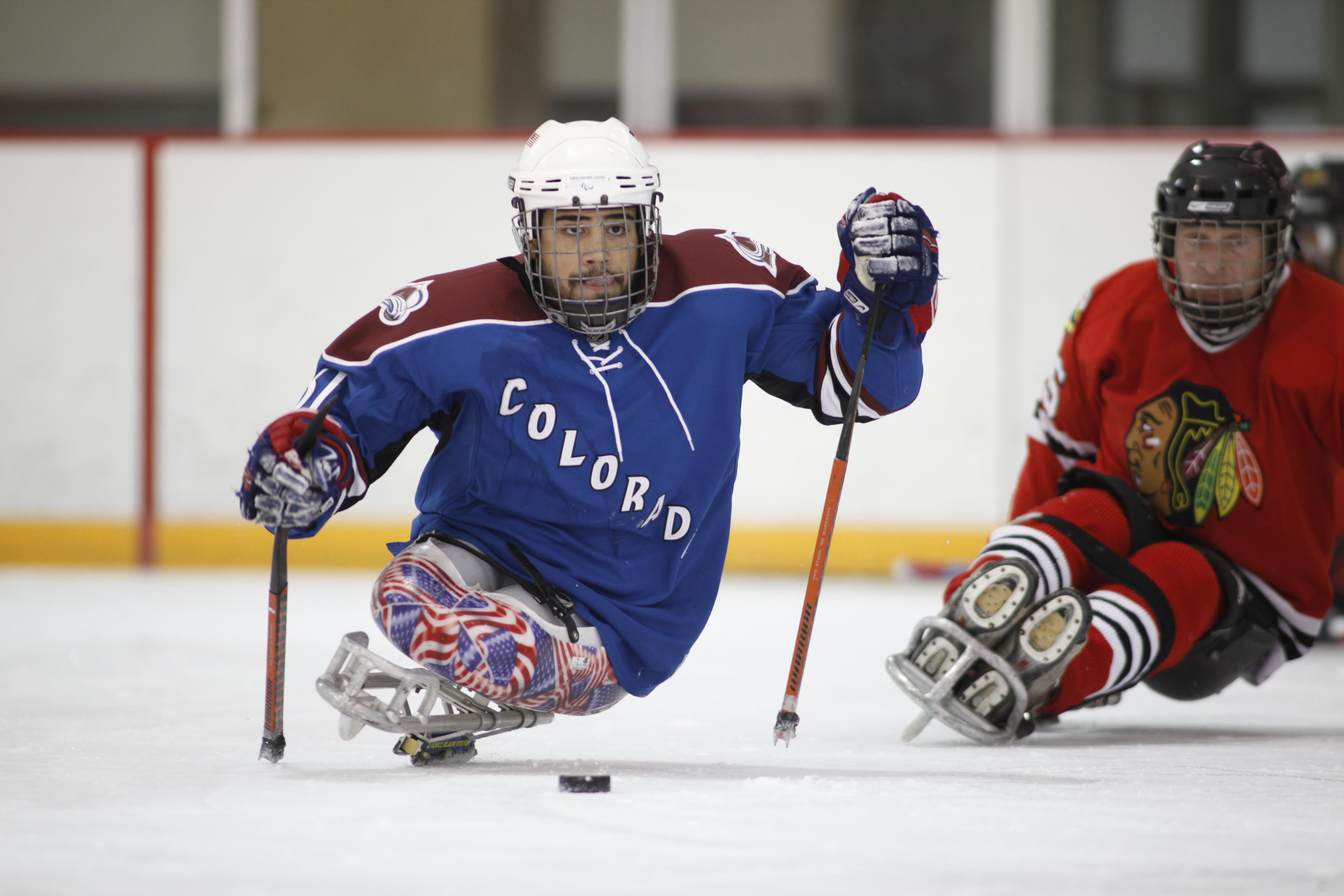 McDermott credits skating with and against national team members as critical to his own development. He also noted the core members of the national team have been together for four years, so familiarity with one another is at an all-time high.

“The more you know the person, the better your chemistry is on the ice and off the ice,” McDermott said. “As far as the national team, our locker room would be completely different if guys only knew each other from the weekends for training camps and tournaments with the national team."

That camaraderie will go a long way when the national team hits the ice in March for the 2018 Paralympic Winter Games in PyeongChang, South Korea.

“We’ve had a lot of time together and hopefully that will help get the gold in March,” McKee said. “This weekend, though, we’ll have fun going after one another at the Sled Classic.”

Tournament action begins Thursday (Nov. 16) at the Plymouth Ice Center. Tournament play will include 10 games on Thursday, 23 contests on Friday, 20 games on Saturday and 10 games - including the five championship games - on Sunday. Fans can attend all games free of charge. In addition, Hockey.TV will stream all games live at USAHockey.HockeyTV.com. 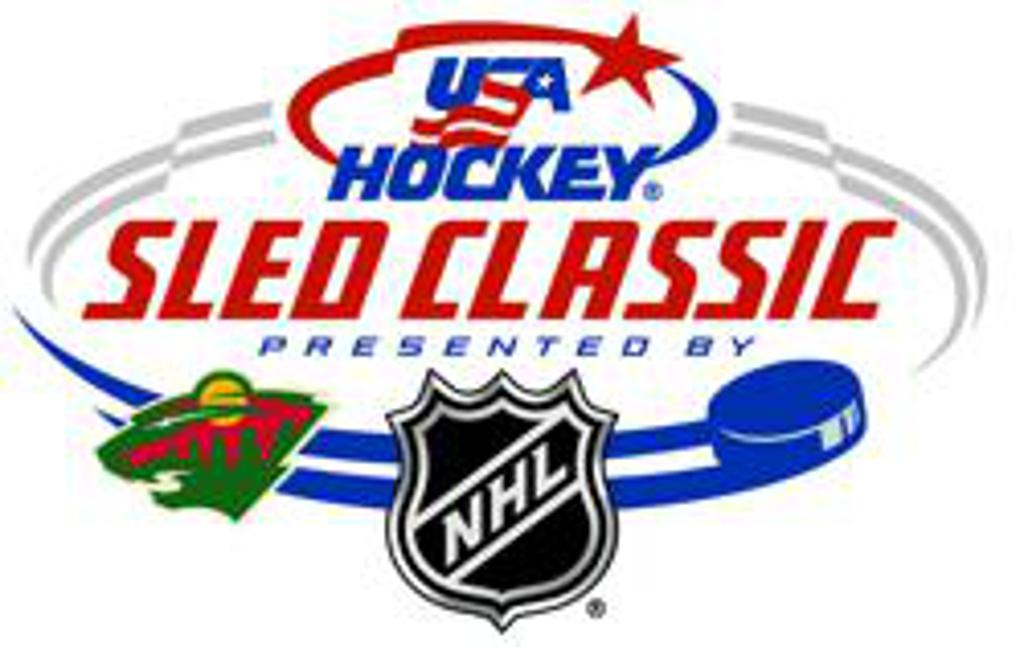