Getting to Know: John Vanbiesbrouck

John Vanbiesbrouck is one of the greatest American goaltenders to ever play the game, and when he retired in 2002, he began giving back to USA Hockey and the game.

The Hall of Famer’s NHL career spanned 20 years and 882 games, where he recorded 374 wins—the most of any American-born goaltender. Vanbiesbrouck, a native of Detroit, earned the NHL’s Vezina Trophy as the League’s best goaltender in 1986 and was a runner-up for the honor in 1994.

Today he is one of USA Hockey’s top volunteers, serving as a vice president and chair of the organization’s Junior Council.

These days, Vanbiesbrouck’s focus is on the best interests of players each and every day. He recently sat down to discuss some of the biggest questions he hears from current and future players and parents about junior hockey, which is for players ages 16-20, in the United States. 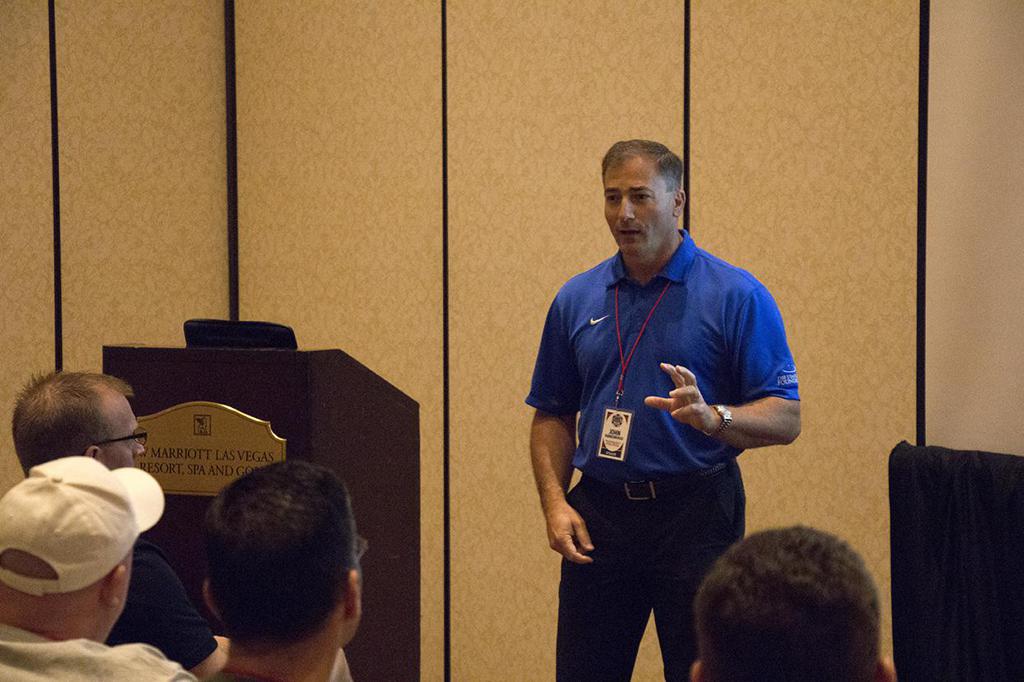 USA Hockey: In your opinion, why should a player and his family consider playing junior hockey in the United States?

John Vanbiesbrouck: There are so many reasons and benefits to playing junior hockey here in the U.S. There are a lot of leagues and opportunities throughout the country to keep playing the game of hockey, but I think what sets the USA Hockey junior realm apart is the emphasis on development as a player and as a person.

Our ultimate goal in juniors is to get players to the college level. That’s our No. 1 priority. We are a development, preparatory league for college hockey at all levels, not just NCAA Division I, but Division II and Division III and ACHA [American Collegiate Hockey Association], too. Starting [in juniors] is a great springboard into a hockey career.

USAH: What are some of the biggest questions families have as they begin to consider a path in to any of the junior hockey leagues?

JV: Just knowing how everything works is probably the No. 1 question we get. We have a three-tier system for U.S. junior programs, and it can seem complicated or confusing. With that, everyone wants to know how can they get into each different league, and that varies depending on the level and tier you are looking to play in.

The USHL [our Tier I program] is different than all the other leagues in that there is a draft included in it, so it simulates professional hockey in that manner. They also have a training camp for prospects.

At Tier III, that’s where the bulk of the teams we have are. That’s a pay-to-play model, and it’s where most players can go and try out. It’s a lot like youth hockey in the sense that they hold tryouts, and players are paying their way through versus the other two.

USAH: What’s one of the biggest transitions and development pieces for players who are joining the junior hockey ranks?

JV: For me, what I enjoy most about junior hockey is that it gives players the keys to their development. Growing up, a lot of times it’s their parents who are dictating and directing the path their hockey development is going to take. In juniors, the parents get to pass the torch so to speak and let the athlete understand what they want out of themselves as a player. The player takes ownership of their passion and their hockey career. It’s an exciting path, and one that often leads to college. At the college level, we are then looking beyond hockey and at earning that college degree, which is just as important of a vision.

USAH: How does junior hockey prepare an athlete for college hockey both on and off the ice?

JV: The No. 1 way is just by learning how to manage life. [Playing juniors,] you’re likely going to be living away from home for the first time. On top of that, you’ve made this huge commitment to playing hockey, so you have to learn to balance that with life and school. In that comes learning how to coordinate your free time in productive ways and to make the most out of your time. Are you studying enough? Training enough? Using your time wisely? All of these important habits that will help you not only as a potential college athlete, but as a student and person.

USAH: A lot of people are probably familiar with Tier I and the USHL and Tier II and the NAHL, but Tier III can also be a good option to take that next step in your hockey career, right?

JV: Tier III is where our largest numbers of players are. Even though its structure models the youth structure, the level of competition is still very high. Teams run themselves like top junior programs, and they help players with that school, life and hockey balance.

The good thing about Tier III leagues and teams is that they are located all over the U.S., from the east coast to the west coast. They provide a product to people, and in some cases can allow the players to stay at home and play. It’s become more and more competitive with the growth of teams, and it’s a great option for players who might not have the opportunity to play in the USHL [Tier I] or NAHL [Tier II]. But Tier III is satisfying a lot of NCAA D-III and ACHA schools who are looking for players all over the planet, so you still have that opportunity to earn a spot with a college team coming from the Tier III level.

USAH: Speaking of growth, how great is it to see junior hockey as a whole grow so much and become as successful as it has?

JV: It’s a great model for growth in our country. I think we’ve seen a lot of hockey growth results in not only wearing the red, white and blue [in international competition] but all over college hockey and ultimately in the NHL as well. There are more college hockey players playing now than there has ever been, and I believe that’s an important benchmark of growth for the junior leagues, and speaks to the growth of hockey as a whole.

At USA Hockey, we are working toward growth of the game every day. That’s the core mission of USA Hockey—to grow the game—and the junior hockey realm is helping achieve that.