From the U.S. to Morocco, DeGregorio Grows Hockey

While DeGregorio stepped away as president of USA Hockey in June 2015, his involvement with the sport has continued in high gear.

He was elected to the International Ice Hockey Federation Council in May 2016 as one of 13 executives on the committee and the only one from the United States. DeGregorio is able to serve just one four-year term.

DeGregorio, who is also the chair of USA Hockey’s Board of Directors and also serves as a board member for the Hockey Hall of Fame in Toronto, is enjoying his new role on the international stage.

The 70-year-old said his philosophies as an ambassador of the game are similar to what he followed during his 12 years serving as USA Hockey president and the nine years prior to that as vice president.

“When I become president of USA Hockey there were three goals that I had at least and the whole group had: a vision to grow the game basically through more participation at all levels, that was one element,” said DeGregorio, whose day job is as president of The PenFacs Group in Salem, New Hampshire. “Another was to develop a consistent development program that our associations could use. That would be on the ice and off the ice activity. The third element had to do with reducing the risks of the game both on the ice and off the ice. I’m pretty much carrying that kind of mantra and kind of thinking in my position with the IIHF, especially with mentoring programs.” 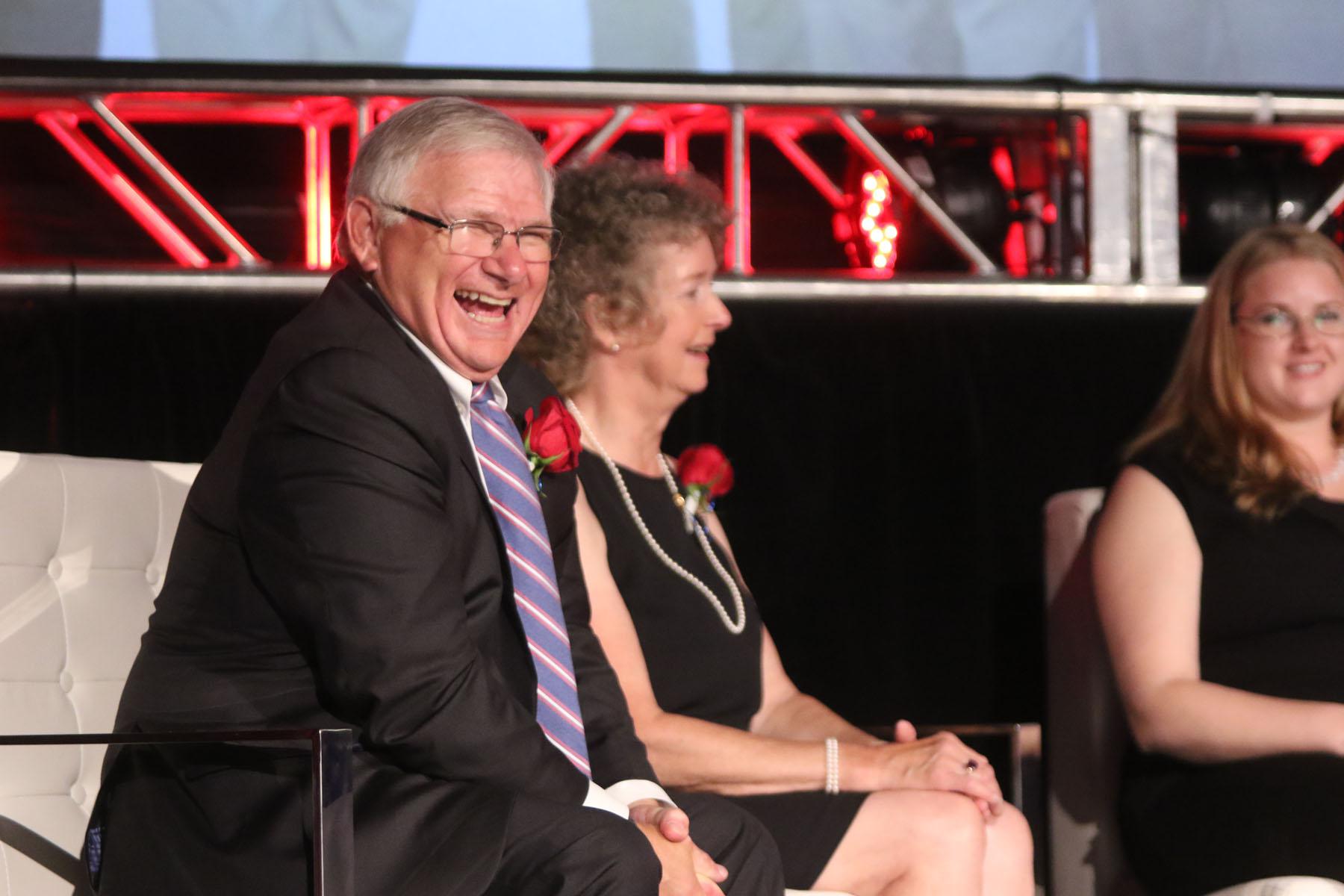 DeGregorio loves to connect with other countries around the world and help them grow their hockey programs. He has sat down during meetings or at breakfast and shared his thoughts with representatives from New Zealand, Morocco, other African nations and more.

One country where hockey has really increased in popularity is Morocco. DeGregorio has been in contact with Morocco Hockey President Khalid Mrini to offer advice.

"Ron is such a gentleman that everybody wants to be around him," Mrini said. "The results that he brought to USA Hockey and how he is humble with it attracts people to try to get the recipe of his success. Ron doesn't look down whether you are a small or a big country, he helps everybody regardless."

DeGregorio also shared with Mrini the USA Hockey Mobile Coach app, which incorporates USA Hockey videos and coaching drills, and the Morocco hockey president was excited to share the app with his coaches for training purposes.

With over 130,000 downloads globally, Mobile Coach — which was launched in 2012 — is thriving. Surprisingly, non-traditional hockey countries are among the most active for users including Morocco, which ranks No. 3 on total downloads, and Algeria, which comes in at No. 8.

DeGregorio has been integral in helping those countries in their quest to grow the sport.

“I like to solve problems,” DeGregorio said. “We have a common bond there and that is we all love hockey and we’d like to see it grow and the people in it grow. It’s basically using what we have and trying to improve all those who want to take the effort to use it. We can have all the best technology and all the best support, but it’s only going to work if people use it.”

Through the IIHF Council, DeGregorio is also the chair of both the IIHF Governance Reform Group and the Legal Committee. There are plenty of plans in the works to continue to improve the IIHF.

“We’re working on revamping the statutes and bylaws so that there is more transparency and also more clarity and more user-friendliness in terms of looking for answers when they’re necessary,” DeGregorio said. “We put together some ideas, I’ve got a good committee, and the council has approved my initial action, which will take at least two years to complete.”

DeGregorio has been quite busy in his first year on the IIHF Council. How often is he traveling internationally for activities and meetings?

“Frankly, more than I anticipated,” DeGregorio joked. “When I was president of USA Hockey, I was pretty much on the road 120 days a year, and I thought this might be a reduction of that. It still could be.”

DeGregorio figures he’ll be on the road about 70 days this year. He’s headed to Germany from May 2-22 — which is during the same time frame as the IIHF Men’s Hockey World Championship in Cologne, Germany and Paris — where the IIHF Council will discuss various business. He’s expecting one of the topics will be the NHL’s recent choice not to participate in the 2018 Winter Olympics.

DeGregorio finds his work with the IIHF very rewarding and is looking forward to the next three years.

Learn More about the Coaching App