When the Charleston (South Carolina) Youth Hockey Association held its first try-hockey-for-free-day in 2014, a mere 19 youngsters participated in the event.

Fast-forward to February 25 of this year, and a total of 75 youngsters participated. That’s an increase of more than 300 percent.

“We saw more girls come out for this event than ever before,” Association Growth Coordinator Erik Gardner said. “It’s not just a sport for young boys. We’re seeing an interest among young girls.

“We put forth an effort to communicate within the Charleston area. We reach out to the schools and we retransmit a lot of articles from USA Hockey Magazine, which youngsters share with their friends.”

The CYHA also utilizes social media and the local media to spur interest in try-hockey-for-free-day. 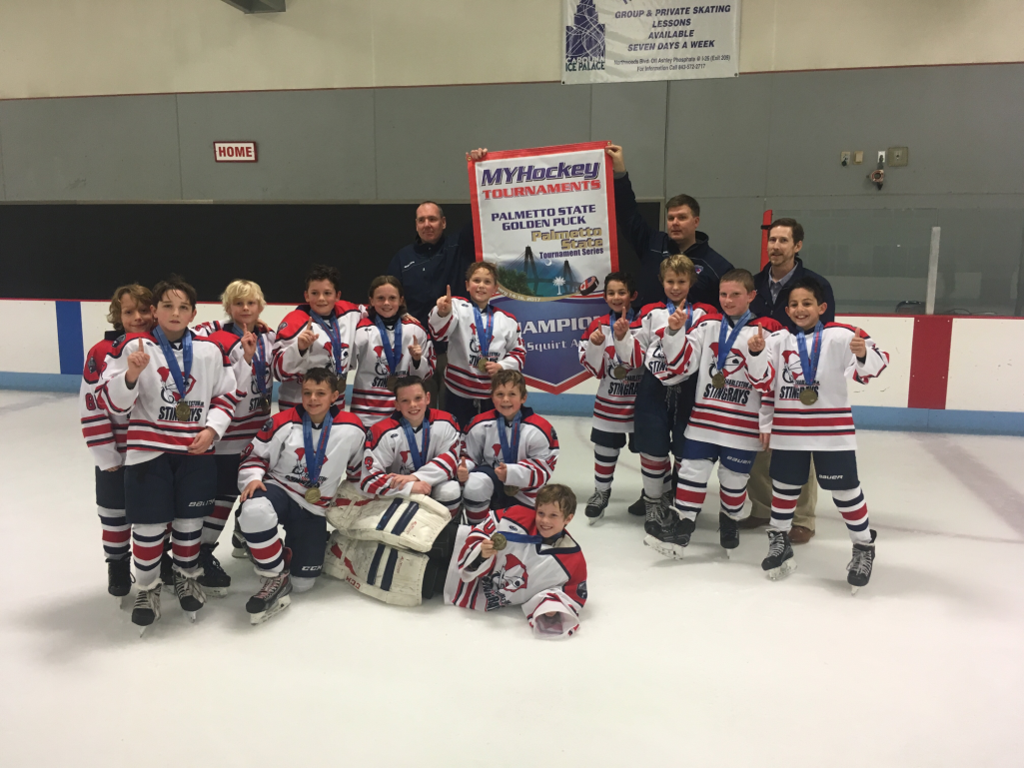 While South Carolina may not be considered a hockey state like Massachusetts, Minnesota or Michigan, the CYHA defies that perception.

“We’re seeing steady growth in the 8U and 10U divisions,” Gardner said. “Our biggest growth has been in 8U — about 10 percent each year. It’s the building block for all divisions.

“In years past, it was a true statement about our being a non-traditional hockey state. But as we see more people moving into the area, it mirrors the growth we’re seeing in the youth hockey programs. We’re getting quality coaches who’ve been skating all of their lives. They promote hockey as being a life sport and bring that expertise with them.”

This was the eighth time the CYHA has held a try-hockey-for-free-day. It holds one in the fall and spring of each year.

“At each one, we see more and more participation,” Gardner said. “Our president, Terri Mills, led the charge to participate and sign us up with USA Hockey in 2014. I was brought in three years ago to focus on growth."

“Starting in 2015, I brought in volunteers from the association and the community. It began with Terri connecting us with USA Hockey. We saw the growth when somebody was put in charge of getting the word out to local school districts and social media. We’ve seen a huge payback through social media, plus the Stingrays holding youth hockey promotional nights.”

In February, more than 30 volunteers from the CYHA, the Carolina Ice Palace, the North Charleston Police Department and the South Carolina Stingrays came together to participate in the try-hockey-for-free-day.

One of several factors for the event’s success was the role played by Junior Stingrays 12U, 14U and 16U players.

“We usually have a handful of kids nervous the minute their skates hit the ice,” Gardner said. “Not this year. We had an experienced youth hockey player take each child by the hand, so they wouldn’t have to take that first step by themselves. We wanted to give them individual attention and reassurance."

“I measure success by the smiles I see on the faces of first-time skaters [aged four through nine]. We had so many happy kids because we had youth hockey players with them. We had very positive feedback from the player and parents. Having enough volunteers made it a stress-free event.”

“The North Charleston Police Department has a program called COPA [COps Athletic Program],” Gardner said. “They do more than hockey, which is one sport they sponsor. It goes out to local school districts where you see at-risk youths and they proceed to give them access to sports like hockey so they’re in a safe environment."

“We’re marrying those kids with your house program so they can integrate into a structured team program and continue. That program scholarships them and makes it more affordable for kids who may not be able to play because of the cost."

Mills predicted that, in the near future, more than 100 youngsters will try hockey with the CYHA during biannual THFF sessions.

“Each successful participant is a free advertisement for the future,” Gardner said. “The word of mouth continues from those individuals. It plays into our learn-to-play program, which leads into our house program.

“This event feeds the source for any youth hockey program. This is the target that gets the word out for people who didn’t know hockey exists in the south.”