This past weekend, more than 60 people – including 25 players – made the trip from St. Louis to Louisville as part of Hockey4All, a two-day event that honored the St. Louis Gateway Locomotives, a hockey club for children with special needs.

The event, which took place at Louisville’s Iceland Sports Complex, was organized by14-year-old Jack Chauvin. A St. Louis native, Chauvin developed a relationship with the team during his youth hockey days in St. Louis.

“I always thought it was cool that the Locomotives didn’t let the challenges they face stop them from playing a great sport,” said Chauvin. 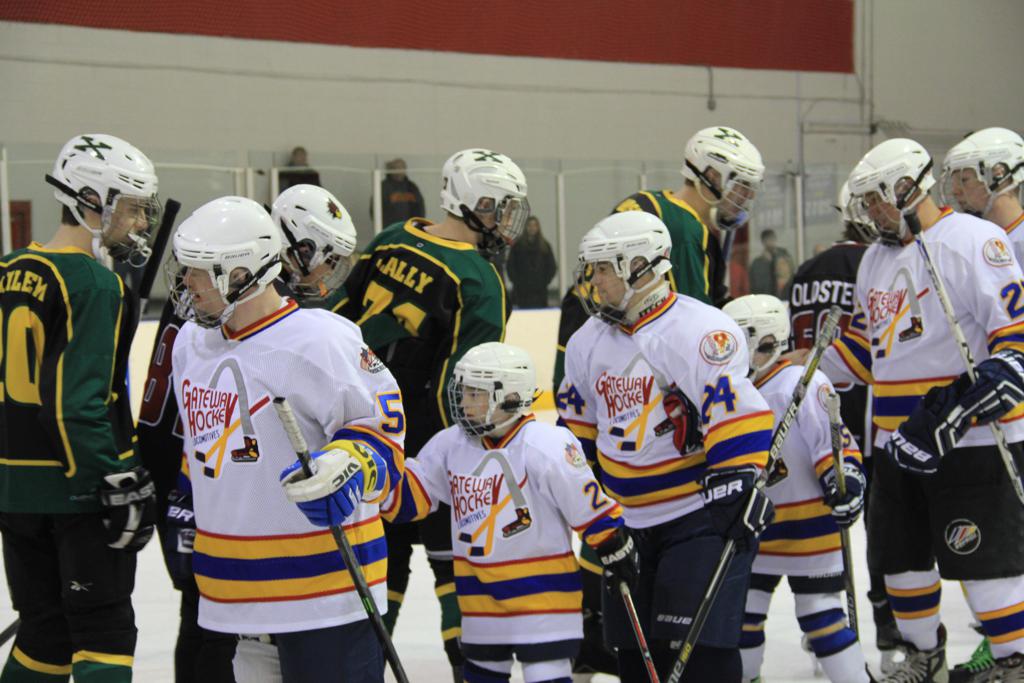 In an attempt to showcase the Locomotives’ character and ability, Hockey4All included two ‘friendship games’ in which current youth hockey players from Louisville played alongside and against the Locomotives.

“I thought seeing them play in Louisville might make more kids want to give hockey a try,” Chauvin added.

To gather participating players, Chauvin and his family reached out to the hockey community and players from the four regional and high school teams. Outreach was also made to the local community of families with special needs children who were invited to attend the games and then take on the ice with the Locomotives and “All-Stars” helping them to enjoy a new experience.

The results were two full benches and the President of the Louisville Sports Commission, Karl Schmitt, providing the ceremonial puck drop.

In the first game, the Locomotives prevailed over the “Louisville All-Stars” (a blend of players from all programs) before the teams shuffled the lineups and saw the second game end in a 10-10 tie.

After, local residents with developmental challenges took the ice for the first time with both Louisville and Locomotives players joining in on the fun.

A pause in hockey activities and off-ice time with the Louisville players, also allowed the Locomotives to enjoy Louisville's "other" sports via the Muhammad Ali Center, the Louisville Slugger Museum and Churchill Downs.