Increased rec hockey opportunities one of many reasons for success

With three kids involved in hockey over the years, Steve Mosser kept busy helping on the coaching side of things.

But that role expanded 10 years ago when his middle child entered the game.

With the president of the Wolfpack Ice Hockey Club leaving the association, Mosser had the opportunity to step in and take over the reins for the non-profit, entirely volunteer-based organization in Long Valley, New Jersey.

About eight years ago, two nearby communities, Chester and Mendham, were having similar issues as Long Valley with numbers in the program. Also facing possible extinction, they approached Long Valley about merging into one association.

“We said, ‘Look, the most kids we can get on the ice the better,’” Mosser said. “Instead of one program die or both programs die, let’s merge them.” 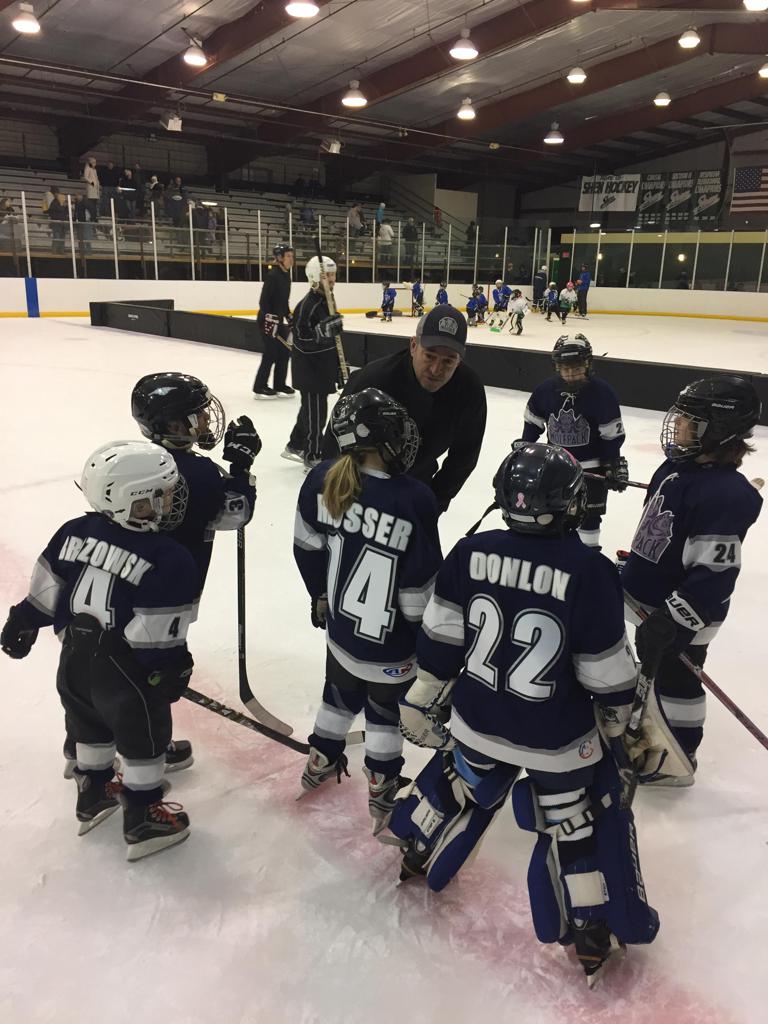 When Mosser took over as president, there were 30-40 kids involved in the program. Mosser set out to increase numbers by attracting new skaters.

“Before [USA Hockey’s current initiatives] to grow hockey, we were out trying to do the same thing,” Mosser said. “We were advertising in the newspaper; sending flyers home with kids; we were saying, ‘Bring a friend and we’ll let them try it for free,’ and rent them equipment and all that kind of stuff. That was pretty successful.”

Just a few years after Mosser took over as president, he and his board of directors had helped the program grow to over 100 kids.

“We had people that had no siblings, didn’t know about the program and had heard about it, either through a road sign or advertisement, through friends, through one of our programs and they came out and they tried it,” Mosser said. “Of course, once they get involved, most often they stick with it and have a good time and bring other friends.”

The hockey club is always trying to attract new players. One way is offering first-time skaters free sessions on the ice before trying to get them to commit to a season with the program.

“We actually expand try-hockey-for-free and do it for one or two days, the first month and a half of the season we offer it to anybody if they want to try it,” Mosser said. “We get it sanctioned from USA Hockey that we can actually do it multiple times. It just works better.”

Currently, approximately 75 kids are involved with the LVCM Youth Ice Hockey Club. The program runs one 6U team, two 8U teams, two 10U teams and one 12U team. The program relies on young players and normally doesn’t field a 14U team and never has 16U. Mosser said that once players get to the 14U level, they generally move on to travel or high school teams.

“We’re a rec program,” Mosser said. “Our absolute, 100 percent primary objective is to introduce kids to hockey, bring new kids into the program. Most important thing is for them to have fun, so we’re not real high-end, high-serious. We have equal ice time, and all those basic rules of a rec program. Main objective for us to get the kids back to the next practice and then the next month and then the next season. We just want the kids to have fun and go out there.”

The entire program is run together, which can be challenging with the 6U and 12U players sharing ice time.

“It’s difficult with the 4-, 5- and 6-year-olds; we encourage at a really young age to get the kids out there,” Mosser said. “They don’t have any games, they just practice once a week. When they’re out there, we’ll put them in a safe part of the ice away from the big kids. When the big kids are out there, they usually practice three days a week, the rest of the club will do more half-ice kind of stuff.”

Even though Mosser is deeply involved as president and leader of the LVCM Youth Ice Hockey Club, he still makes sure he can be a key contributor in a different role.

“The president of the club is more of an administrative function, but my passion is being out there on the ice with the kids and having fun with them,” Mosser said. “If I couldn’t coach or didn’t coach or didn’t have a kid in the program, I probably would coach anyway.”

Mosser is proud of what he’s helped accomplished with his fellow board members over the last decade.

“I think we’ve fulfilled our objectives, which is to introduce kids to hockey, do it economically,” Mosser said. “Get rid of that urban legend that it’s expensive or the bad ice times, that’s what you always hear from these parents that don’t know about it. We’ve gotten them decent ice times; we’ve given them exposure to hockey and we’ve done it at a price that’s reasonable.”