Sue and Greg Johnson Honored for Contribution to Fairbanks Hockey

Sue Johnson jokes about the time she thought her daughter, Anna, might become a ballerina.

Eventually hockey intervened, slippers were exchanged for skates and soon thereafter the Johnsons — Sue and husband Greg — started the process of leaving an indelible mark on the game in Alaska and beyond.

For their years of work in furthering girls and women’s hockey, the Johnsons were inducted into the Fairbanks Hockey Hall of Fame in February. It helped to cement their status as true trailblazers, although to many, that reputation was already set in stone.

“They just don’t come better than these two,” said Randy Zarnke, the Hall’s president. “They have made huge contributions and it isn’t just that they followed a pattern that had already been established. … In several cases they created new organizations. They didn’t have a pattern to follow. They just did what they thought was right and it turns out it was always right.”

The Johnsons have performed every task imaginable to make hockey a more accessible game in the region, from simply shoveling snow off rinks outside the elementary school to organizing concessions, complete with many frantic runs through Sam’s Club to buy the essentials. They were integral in the development of the Icebreakers, a fledgling girls’ program when Anna became involved, and helped organize increased practice sessions, summer camps and travel teams that allowed players to showcase their talents far beyond Fairbanks.

So much of the work was done on a volunteer basis and at its core was a desire to get a stick in the hands of any girl that wanted to feel the rush of a 3-on-2 break. 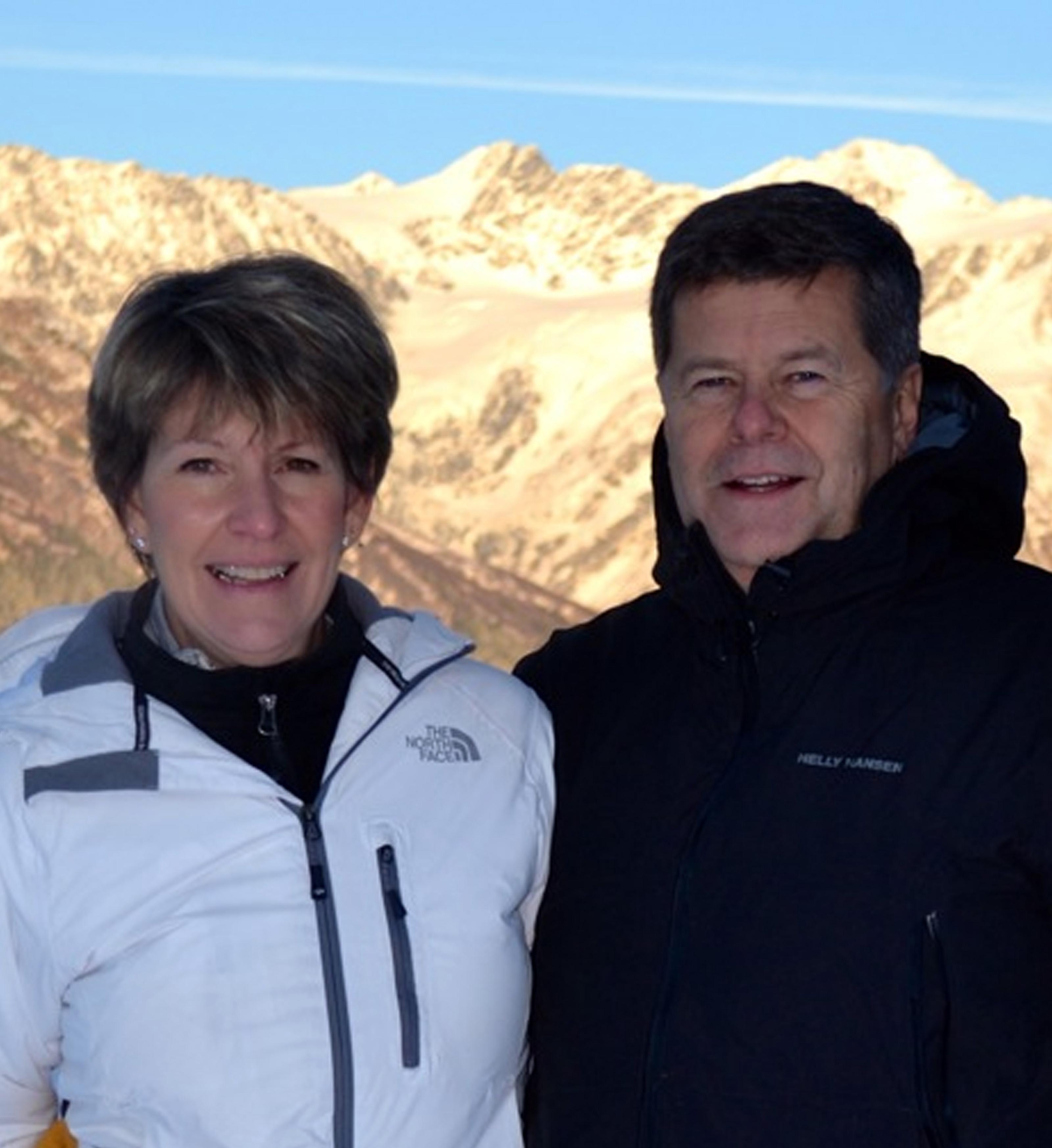 “A lot of it was trying to make avenues to make hockey affordable for all the kids to play,” Sue Johnson said.

That wasn’t always easy. Fairbanks is tucked into central Alaska and finding new competition often meant raising significant funds for travel. The Johnsons and their cohorts needed to be creative with their fundraising, Sue said.

Once they conquered that aspect of the process, the Johnsons were instrumental in organizing trips for some of the older girls to play games on college campuses in the Midwest and New England. It was there that they truly saw the fruits of their labor.

“It was bigger than hockey. It was about life,” Greg Johnson said. “It was about the players’ opportunity to visit college campuses so that they could forward focus their mind to something. Yeah it might be hockey-related, but really, behind the scenes, it was about life and making choices and being a part of a team."

“When you see the gals on the street or at the rink today, to see them succeed in life, that was the part that for me was most rewarding and it makes it worth it. These were folks that you want as a co-worker, as a team member. Yeah it was hockey but it was an avenue into bigger and better things. Life lessons.”

Many of the members of those teams eventually found their way onto collegiate rosters, including Anna, who played for Division I Mercyhurst. They are now part of the Hall of Fame’s Collegiate Honor Roll.

Those that didn’t make it still gained those life experiences that Greg Johnson knew to be so critical, as well as an increased passion for the game. Many have taken that passion back to Fairbanks and spread it to the next generation, often through the same avenues laid out by the Johnsons years before.

“You get energy off the people around you,” Greg Johnson said. “If we went to somebody and asked, ‘Hey, can you help us with the concession stand?’ If the first person you asked didn’t volunteer, the second person would step up. It creates its own oxygen when you have a well-functioning organization because people will step up and do what needs to be done."

“If you really just take any weekend and put your head around what you’re trying to create, if you just pause for that two days you can do some amazing things.”

Because of that community and teamwork — from the rink-side fold-out table with a box stuffed with dollar bills to the cross-country flight to a premier college campus — the Johnsons feel they were just a link in the chain. They do not hesitate to credit others that provided assistance, a fresh idea or simply took instruction and ran with it.

“We all share the same vision of growing girls hockey in the community and it always took teamwork to do that,” Sue Johnson said.

Greg Johnson, who still serves as USA Hockey’s Pacific District representative for girls and women’s hockey, added that the game’s future lies in its leadership. He hopes to see more in the way of leadership academies, where ideas on how to further the sport can be exchanged and taught, and people can “grab that energy” he found to be so important in Fairbanks.

And if anyone needs a good example on how to lead, they can look no further than Sue and Greg Johnson.