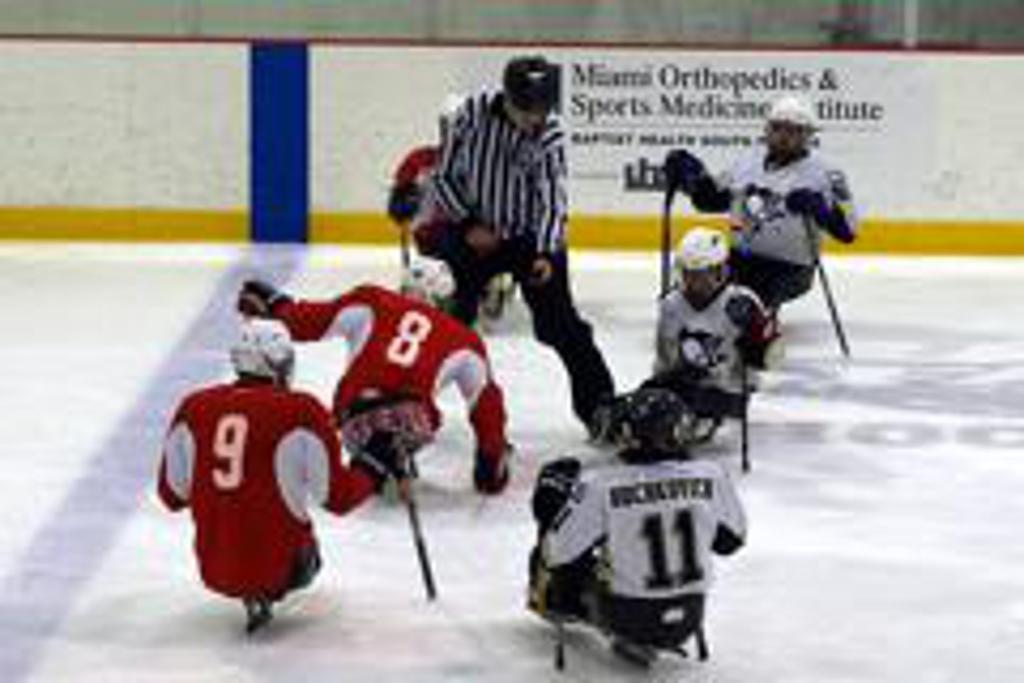 Tournament play will include seven games on Thursday, 17 contests on Friday, 16 games on Saturday and six games – including the five championship games – on Sunday. Fans can attend all games free of charge. In addition, Hockey.TV will stream all games live at USAHockey.HockeyTV.com.

A record 24-team field will feature 300-plus athletes, including 23 current or former members of the U.S. National Sled Hockey Team. Of those skaters, 11 helped the United States claim the gold medal at the 2015 International Paralympic Committee Sled Hockey World Championship in Buffalo, New York, and a total of 13 players skated on U.S. squads that claimed gold medals at the 2010 and 2014 Paralympic Winter Games.

NOTES: Use the hashtag #SledClassic to join the tournament conversation on social media ... Five NHL clubs – the Boston Bruins, Buffalo Sabres, Chicago Blackhawks, Colorado Avalanche, and Pittsburgh Penguins – have two affiliated teams in this year's USA Hockey Sled Classic while the Nashville Predators will have three teams ... The Colorado Avalanche hosted the inaugural USA Hockey Sled Classic in 2010 in Denver, where the Colorado Avalanche Sled Hockey Team won the four-team tournament … In 2011, the Philadelphia Flyers held the event in Voorhees, New Jersey, where the Buffalo Sabres Sled Hockey Team took first place among nine teams … In 2012, the Buffalo Sabres put on the tournament in Williamsville, New York, with the Dallas Stars winning the ‘A’ Division and the Washington Capitals capturing the ‘B’ Division … In 2013, the Pittsburgh Penguins hosted the tournament in Pittsburgh, Pennsylvania, and the Dallas Stars and Washington Capitals repeated as the ‘A’ and B’ Division champions, while the Nashville Predators won the inaugural ‘C’ Division … In 2014, the Washington Capitals hosted the tournament in Arlington, Virginia, where the Chicago Blackhawks captured the Tier I Division, the Philadelphia Flyers claimed the Tier II Division, and the Minnesota Wild won the Tier III division ... Last year, the Florida Panthers held the tournament in Sunrise, Florida, where the Florida Panthers captured the Tier I Division, the Columbus Blue Jackets claimed the Tier II crown, the Arizona Coyotes won the Tier III Division and the Buffalo Sabres captured the first-ever Tier IV title. For more information on the sport of sled hockey, click here.

Athletix becomes an official partner of USA Hockey and will serve as title sponsor of the U17 Five Nations Tournament.