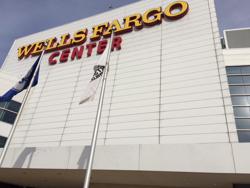 “It was great to see so many coaches and to see how invested they are in learning,” said USA Hockey’s Joe Bonnett, who along with Roger Grillo and Phil Osaer, added presentations and conversations about USA Hockey’s American Development Model. Bonnett also helped lead a high-performance practice for Atlantic District 16- and 17-year-olds on the Flyers’ home ice, narrated for the observing coaches by Grillo.

“The ADM practice plan we used was a practice plan built for the National Team Development Program, so it was created specifically for high-performance training at that specific age level,” said Bonnett. “It built off Roger’s presentation on age-specific training concepts for the top end of the ADM age group, so that’s what the coaches were able to see in use with the players.”

“They have a great group of young hockey players in that area,” said Osaer. “The time spent on the ice working with some of the Atlantic District’s best goaltenders was fun, and another highlight for me was the commentary from Guy, Joe and Ian – elite coaches – talking about the importance of developing good habits and skills in youth players, rather than systems, and also keeping game results in the proper perspective.”

After a night of rest, the invitee players reconvened at the Wells Fargo Center for an Atlantic District Futures Game prior to the All-American Prospects Game.

“That’s the first time Atlantic District has done a Futures Game, maybe in forever, and it was well-played,” said Lichtenberger. “It showed everybody what those players could do.

Lichtenberger was delighted with the post-symposium feedback, citing several “best-ever clinic” responses and plaudits to the presenters and the on-ice practice portion of the event.

“It was fantastic,” said Lichtenberger, who saluted Atlantic District Director of Player Development John Riley, a Flyers scout, for helping make it all possible.

“We touched almost every segment of the youth hockey coaching community and it went very well. Looking to the future, we’d like to add a girls and women’s hockey component to it as well.”

Philadelphia’s high-performance symposium was one of two cooperative CEP events sponsored by USA Hockey affiliates and their local NHL teams last week. The other was in Minnesota, where the Minnesota Hockey Coaches Association (MHCA), Minnesota Hockey, USA Hockey, State of Hockey, SportsEngine and the Wild led a two-day coaching summit that included a star-studded presentation group led by Minnesota’s new head coach Bruce Boudreau, fresh from his opening days of Wild training camp.

New among that leadership group is State of Hockey, a venture backed by the Minnesota Wild, which aims to bottle the passion Minnesotans have for the sport of hockey to celebrate and promote the game at all levels. Jamie Spencer, who heads State of Hockey, partnered with the aforementioned groups to encourage coaches to convene in Saint Paul.

“We had over 300 coaches here from all levels receiving on-ice instruction, tips from the pros and the opportunity to learn from one another,” said Spencer. “We hope this event continues to grow and we will proudly continue to serve as the catalyst for opportunities to develop and grow the game.”

The State of Hockey High-Performance Summit (previously known as the MHCA High School Fall Clinic) is in its 17th season of working with the Wild, and it offered a new twist for 2016. Attendee coaches could earn their Level 1, 2, 3 or 4 USA Hockey CEP certification, expanding the event’s scope to include youth hockey coaches in addition to its traditional roots of high school coaches, who use the event to gain USA Hockey certification and interaction with player development colleagues from outside the Minnesota State High School League.

"We have been fortunate in Minnesota to have a long-term working relationship with the Minnesota Wild, who have continued to support hockey in our state from 8U through the professional ranks,” said MacMillan. “They’ve gone above and beyond to support youth, high school and college hockey in our state and treat our relationships as a hockey family. It’s exciting to see the NHL teams around our country team up with USA Hockey to support coach education, which is the backbone of player development. The events in Minnesota and Philadelphia are great examples of the power of working together to support our coaches.”

From the Wild perspective, that grassroots involvement is integral in growing and improving the game.

“It’s our mission to create a greater State of Hockey,” said Minnesota Wild Chief Operating Officer Matt Majka. “It’s critically important to us and to the health of our sport that we continue to foster opportunities for growth in all areas of the game. It was a privilege to offer our support and partnership to USA Hockey and Minnesota Hockey for this important grassroots coaching education here in Saint Paul.” 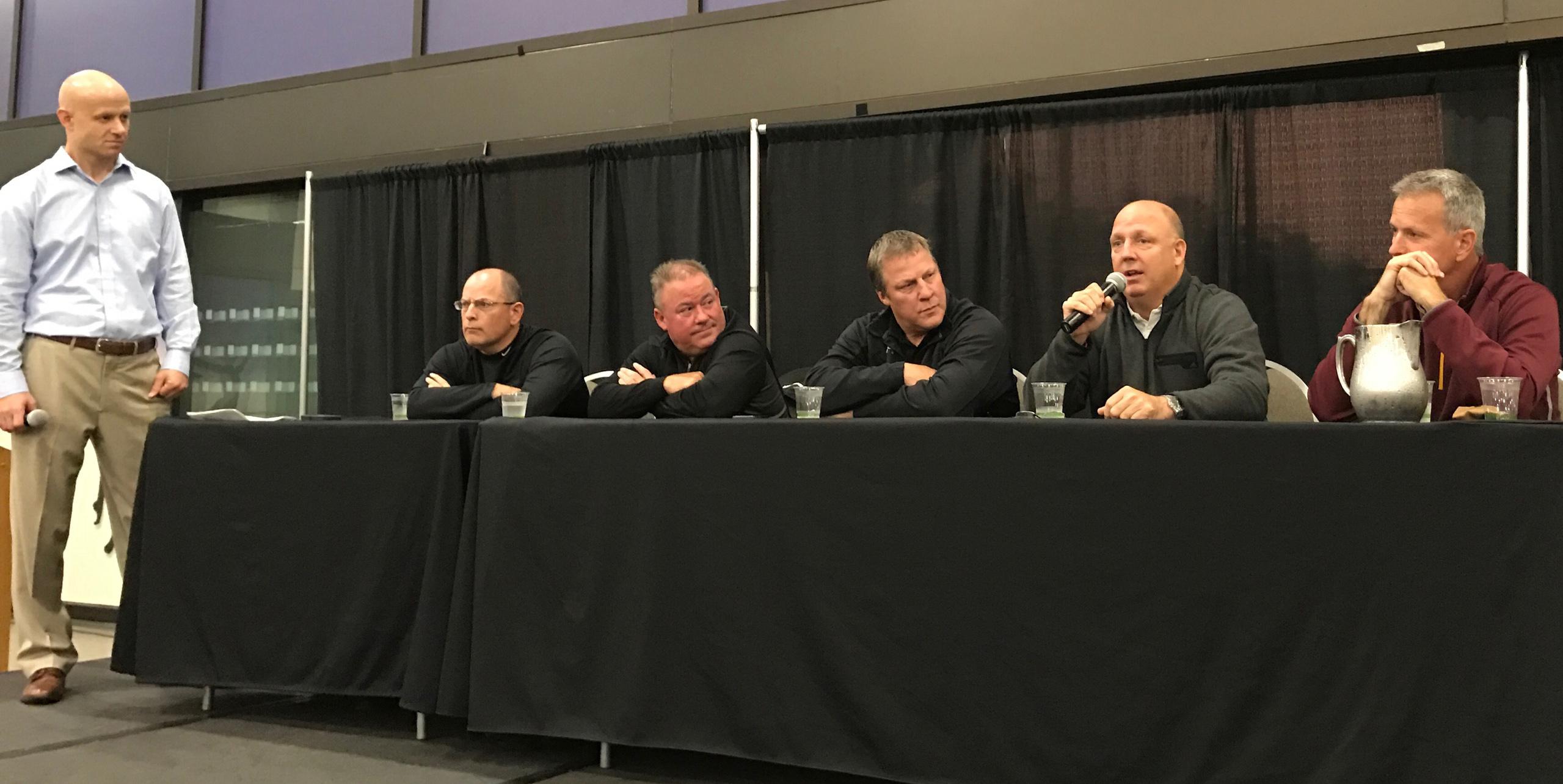 Changing On The Fly