What advice can I give my child to start learning about leadership and possibly becoming a leader for this team?

Q: My child is so excited to start the 14U/16U season. The coach had a great start-of-the-season kick-off meeting with the parents and players. One thing the coach mentioned was that the team will be selecting a leadership group this season. What advice can I give my child to start learning about leadership and possibly becoming a leader for this team?

A: As players enter their 14U/16U season, they are a bit more worldly, mature and mentally equipped to start adding a leadership responsibility to their game. Being a leader on a team is not easy. It’s not about being popular, being the best player or having the nicest equipment. Being a leader on a hockey team involves being an unselfish person who can do two things at once, such as monitoring your own game and monitoring the state of the whole team at the same time. Being a team leader is hard work.

Once a player is secure in their own game (involving aspects such as preparation, work ethic and team-first mindset), they can begin taking a team leadership role. This is a great life-skills opportunity for them, since developing the ability to lead will be important for future success in hockey as well as outside of hockey for the rest of their life.

Being a good captain at any level involves having the ability and maturity level to communicate clearly with coaches. Good captains should have the confidence to share teammates’ ideas and insights with the coaches. They should also be good listeners, willing to take the coach’s guidance and able to help the coach steer the team in the desired direction.

Good captains have the ability to manage many details of the team that will play a major role in the success of the team and how well it functions.

Leadership skills are developed when a leader or a group of leaders can properly execute tasks within a team. Some of these tasks may sound simple, but holding your teammates accountable is not always easy. Some coaches say that the best teams have the ability to run themselves, but what’s really happening in those situations is that effective leaders exist and each player on the team accepts accountability for achieving the team’s goals. One of the captains’ challenges is getting each player to accept that accountability and prioritize the team’s goals ahead of everything else.

So what steps can you take to help your child learn to lead a team?

One tactic is to encourage your child to lead the team warm-up and cool-down pre- and post-practice or game. Another is to empower players to lead certain drills. Can your player execute drills and help set up drills on their own? Those are positive steps toward being a team leader.

Teach your player to interact with teammates in a positive way when holding them accountable to the team standard. For example, teach your player how to manage a situation when a teammate arrives to the game out of dress code. Good captains do not intimidate or belittle. They should handle this situation in a firm, positive manner that lets the teammate know that not following the dress code (or any other team norm) is unacceptable. Communicating with teammates in this type of firm, positive manner builds trust, respect and a team-first mentality that will help your player lead over the course of the season.

Good leaders come in many forms. Successful captains use their personality to their strength. Some captains like to motivate through talking, others like to lead by example, others befriend all players. There is no single mold for the perfect captain. However, one important trait that all captains have is that they embrace and include every player on the team. Captains understand that each player is vital for the team to succeed. The more players on board, the better chance of success.

One essential point to convey to your aspiring leader is this: Being the hardest worker on the team makes leading very easy within a team dynamic. If your player is lazy, disruptive or disinterested in practice, they will have no chance of leading a group of hockey players. Working hard, consistently executing drills to the highest standard, and being first on the ice and last off all set a high bar for teammates to attain. By setting a high bar, the team will strive together to reach this level of excellence.

Encourage your player not to campaign for the leadership role. Campaigning can often come off phony and not garner trust from teammates. Leadership should blossom from within the athlete for genuine reasons, such as, “this kid really cares about teammates.”

Hopefully your child’s coach is trying to teach the entire team about leadership and perhaps rotating the captaincy among the players over the course of the season. Perhaps he or she identifies several leaders within the team and allows different players to lead at different times.

Lastly, encourage your budding leader to have a sense of humor. As we all know, the hockey season is long. Having the wherewithal to lighten the mood and have fun at the rink makes for a great leader and a fun season.

Leadership is an invaluable skill to learn for the game of life. These discussions and situations only enhance youth sport involvement and the many life skills that can be acquired within the game of hockey. 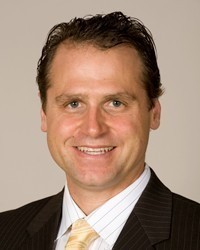 The author, Joe Bonnett, has more than 20 years of hockey coaching experience, including 18 seasons at the NCAA Division I level. Before entering the college ranks, he was a 12U and 16U coach in Michigan.