This tournament marks the sixth consecutive event that Klee will be behind the bench for Team USA, including his second IIHF Women's World Championship. He has a 14-2-1-2 (W-OTW-OTL-L) record in 19 games as head coach and has won four of the five events he has coached the team.

"Ken has done an excellent job since getting involved with the women's program and has played an important role in the development of our players and with our success during that time,” said Reagan Carey, director of women’s hockey at USA Hockey. "Along with Brett and Chris, we look forward to the contributions of the entire staff as we continue to take further strides with the national team." 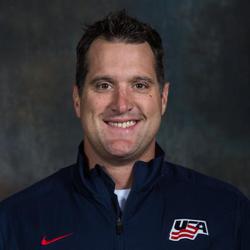 Klee most recently served as head coach of the U.S. Women's National Team at the 2015 Four Nations Cup in Sundsvall, Sweden, leading the U.S. to an undefeated record (3-1-0-0, W-OTW-OTL-L) and championship title.

Also in 2015, Klee led the U.S. Women's National Team to the gold medal at the 2015 IIHF Women's World Championship in Malmo, Sweden, and guided the U.S. to a first-place finish at the 2015 Under-22 Series, defeating Canada two games to one.

"I've thoroughly enjoyed working with Team USA the last few seasons and I'm excited to once again serve as the head coach of the U.S. Women's National Team," said Klee. "I look forward to representing USA Hockey and defending our gold medal from a year ago and working with such a talented group of players."

Klee was head coach for the U.S. squad that finished second at his first Four Nations Cup in 2014 (2-0-1-1, W-OTW-OTL-L). That season, he also guided the U.S. Women's Under-22 Select Team to a first-place finish during his first campaign behind the bench for the U.S. in the 2014 Under-22 Series, defeating Canada in all three games.

Klee, who retired from playing in the National Hockey League in 2009, lives in Denver, Colorado, and coaches multiple youth teams and runs skills clinics in the area.

A native of Indianapolis, Indiana, Klee played for seven NHL teams (Washington, Toronto, New Jersey, Colorado, Atlanta, Anaheim, Phoenix) during a 14-year career. He was originally drafted 177th overall by the Capitals in the 1990 Entry Draft and went on to play nine seasons in Washington. He tallied 55 goals and 140 assists for 195 points in 934 career games. Though not known as a goal scorer, 13 of his 55 career goals were game-winning goals, the highest percentage in NHL history.

Strot is serving as an assistant coach with Team USA for the fourth time at the 2016 International Ice Hockey Federation Women’s World Championship. It is the second time he is on the staff for the IIHF Women’s World Championship after helping guide the team to a gold medal in 2015. He also served as an assistant coach for the U.S. Women’s Under-22 Select Team at the Under-22 Series vs. Canada in 2014 and 2015. A native of Maple Grove, Minnesota, Strot is the founder and president of Hockey International and is currently the head coach of the USPHL Tampa Bay Junior (Elite and USP3HL) teams. Prior to coaching junior hockey, Strot was an assistant coach for the Jacksonville Barracudas of the Southern Professional Hockey League (SPHL). Strot played eight consecutive years (1990-98) of professional hockey in four different leagues (CoHL, ECHL, IHL, WCHL) before returning to play parts of three seasons (2002-04, 2005-06) with the Jacksonville Barracudas (SPHL, WHA2 and ACHL). He also played collegiately at the University of Minnesota (WCHA) from 1986-90.

The 2016 International Ice Hockey Federation Women’s World Championship marks the fourth time that Tamer is representing Team USA as an assistant coach. It is the second time he is on the staff for the IIHF Women’s World Championship after helping coach the team to a gold medal in 2015. He also served as an assistant coach for the U.S. Women’s National Team at the 2015 Four Nations Cup and the U.S. Women’s Under-22 Select Team at the Under-22 Series vs. Canada in 2015. Tamer played in the National Hockey League for 11 seasons (1993-2004) as a member of the Pittsburgh Penguins (1993-1998), New York Rangers (1999) and Atlanta Thrashers (1999-2004). The veteran defenseman appeared in 644 career games, registering 21 goals and 64 assists for 85 points. He also played collegiately at the University of Michigan (CCHA) from 1989-1993. A native of Dearborn, Michigan, Tamer represented Team USA twice in the IIHF Men's World Championships (1999, 2002). He currently owns Crossfit Brighton in Michigan and serves as the head trainer.

NOTES: The roster for the 2016 U.S. Women's National Team that will compete in the 2016 International Ice Hockey Federation Women's World Championship will be announced on February 24 ... The team is being selected following the USA Hockey Women's Winter Training Camp that was held December 27, 2015, to January 1, 2016, at Schwan's Super Rink in Blaine, Minnesota.Reagan Carey (Colorado Springs, Colo.), USA Hockey's director of women's hockey, is the general manager of the 2016 U.S. Women's National Team. The IIHF Women's World Championship is scheduled to be played for the 17th time and will include teams from Canada, the Czech Republic, Finland, Japan, Russia, Sweden, Switzerland and the United States. The dates and location of the tournament's pre-camp for Team USA will be announced in the near future. The U.S. has played Canada in the gold medal game in all previous women's world championships, capturing the event’s top prize the last two years and a total of six times (2005, 2008, 2009, 2011, 2013, 2015), including five of the last six tournaments and six of the last eight. Team USA is 63-2-6-8-1 (W-OTW-OTL-L-T) in 80 career games and has outscored its opponents 535-123.

Winners to be honored as part of USA Hockey's Annual Congress, which runs from June 8-11 in Denver, Colorado

IIHF Events Around the World Include 29 American Officials