Since the NHL’s arrival, interest has often exceeded resources 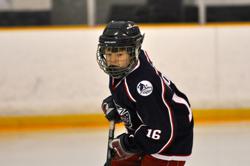 Rather than battle for their share of the hockey players in the city, the five youth programs around Columbus, Ohio, have banded together to help grow the game.

In a little more than 20 years, Columbus has gone from about 150 youth hockey players in the Columbus Amateur Hockey Association to more than 2,000 in the city’s five organizations.

That expansion has largely coincided with increased interest in the sport following the arrival of the NHL’s Blue Jackets in 2000.

Based on the results in other NHL expansion cities, more growth could be ahead if and when the Blue Jackets become a regular contender. But if that happens, the youth organizations know they need to have a plan.

“We didn’t really have a lot of synergy in the city between the organizations,” said Gord Rivington, who is early in his second year as the director of hockey operations for the largest of the organizations, the Columbus Chill Youth Hockey Association.

“We’ve been fending for ourselves over time. We meet on a regular basis with the other organizations and we all met with the Blue Jackets today with their Foundation group.

J.D. Kershaw, the director of marketing for the Blue Jackets, has shared with youth hockey leaders and the local media his experience working in San Jose when the Sharks got hot.

“He said a big part of it is the success of the big team,” Rivington said.

Rivington witnessed that first-hand when the Blue Jackets made their second Stanley Cup playoffs appearance in 2014, losing in the first round.

“We’ve all seen the spike,” Rivington said. “The year they made the playoffs, the 4-year-old kids the next year were all knocking on the door to play hockey.”

Before they can grow much, the Chill, the CAHA and the three smaller youth organizations — Easton, Newark and the City League — know they need a plan for where to put the players.

One of the first collective projects is to study available ice time and whether it is being used properly. They have sought assistance from USA Hockey and the Blue Jackets in analyzing the information they are collecting.

“One thing that’s become clear to some of the organizations is that even if you had a busload of new kids come tomorrow, you wouldn’t have enough ice for them,” Rivington said.

The group has sought creative suggestions from the Blue Jackets, the strongest supporter of Columbus youth hockey through the Blue Jackets Foundation, which has put about $2 million into the game’s development, according to a 2014 Columbus Dispatch story.

One of the issues is that, while youth hockey has grown exponentially during the Blue Jackets era, adult hockey has grown even faster. The adult leagues have crept into some of the time traditionally used for youth hockey, in part because of their willingness to pay for expensive ice time.

Rivington said youth hockey already can be an expensive proposition, so there are challenges to keep ice costs down while getting the time that is most attractive to families.

USA Hockey’s American Development Model has helped with the way it gets more kids on the ice, using smaller portions of it for practice and games.

Another idea being discussed is whether to develop more street hockey options to introduce the game and its concepts on lined tennis courts and parking lots when ice is not always a viable option.

As the player get older, the youth organizations would like to be sure the players who are interested and capable get the chance to develop for higher-level competition.

“What we’re trying to do is work together,” Rivington said. “Everything’s been about developing the kids. We do have a standalone Triple-A program in Columbus that has been very successful in the last few years.

“We’re trying to develop programs on the grassroots side to feed those programs so they don’t have to look outside Columbus once they get to the 16U, 18U age, which right now there’s a portion of those kids that didn’t grow up here in Columbus.”

The youth organizations also work together to move players, if necessary, if one has reached capacity in a certain age group. The Chill also run the only all-girls program in Columbus and others have helped send female players there.

Cross-Ice Hockey: Not Just For 8U Programs Anymore