LAKE PLACID, N.Y. – The roster for the 2015 USA Hockey Junior Evaluation has been trimmed to 32 players for the final four days of the camp.

“As a staff, we have been very pleased with the competitiveness of the 39 players in camp,” said Jim Johannson, USA Hockey’s assistant executive director of hockey operations and the general manager of the 2016 U.S. National Junior Team. “The three remaining games this week provide an opportunity for our head coach, Ron Wilson, to be on the bench with the players to continue to grow our identity and team principles. We will continue to evaluate the players released today along with some others not in Lake Placid throughout the fall.”

The camp continues with practices and games against Finland on Wednesday (Aug. 5), Sweden on Thursday (Aug. 6) and Finland on Saturday (Aug. 8). All contests will be played the Olympic Center’s 1980 Herb Brooks Arena.

The players are auditioning for spots on the U.S. National Junior Team that will take part in the 2015 International Ice Hockey Federation World Junior Championship, Dec. 26, 2015–Jan. 5, 2016, in Helsinki, Finland. 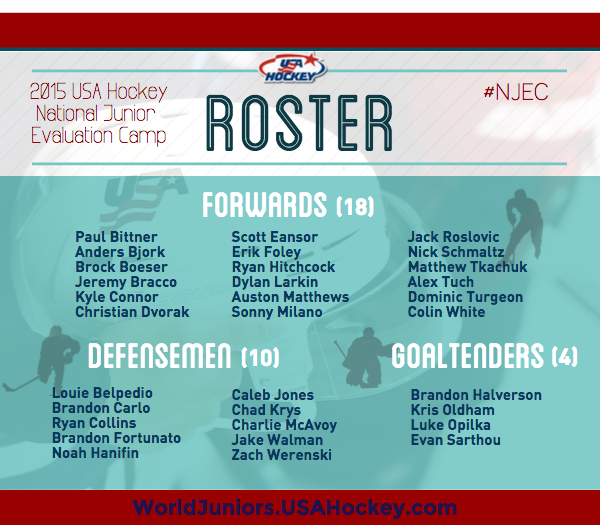