Buffalo, Chicago, Pittsburgh, St. Louis and Tampa Are All Under Final Consideration 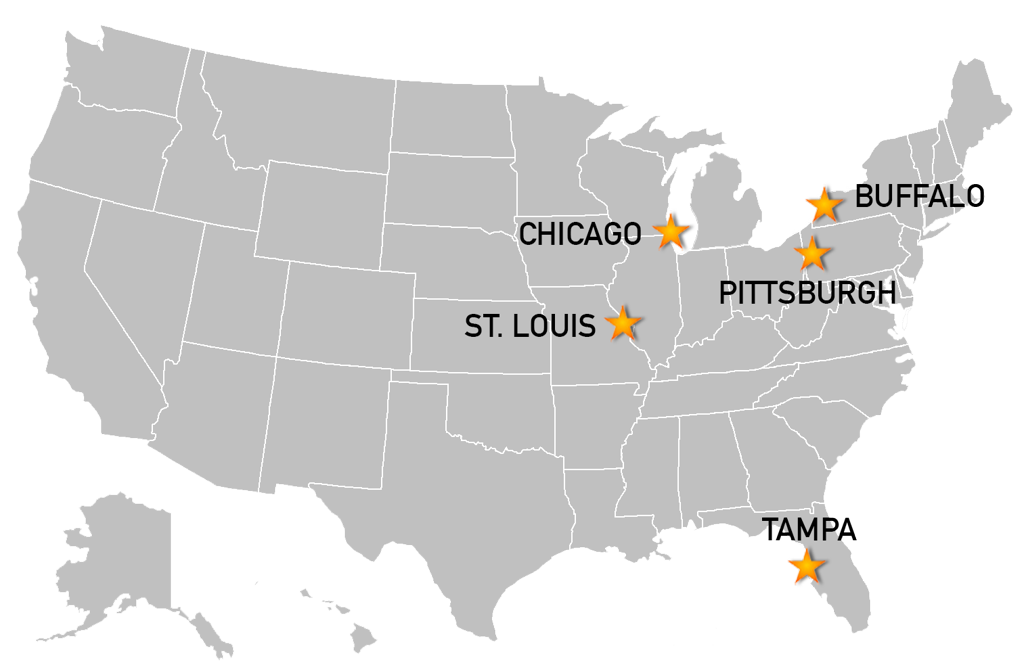 The annual championship, which features 10 nations and the future stars of the NHL, is conducted in late December/early January each year. It includes the best male players in the world under the age of 20. All total, 31 games are played in the championship over a two-and-a-half week stretch with worldwide television coverage, including the NHL Network in the United States.

“We had interest of varying levels from more than a dozen entities,” said Mike Bertsch, assistant executive director of marketing, communications and events for USA Hockey. “In the end, we’re extremely pleased with the group of finalists. The time and effort each put into the materials that were submitted is impressive and we look forward to continued conversations with each of the finalists.”

Bertsch noted USA Hockey will have the host selected by the end of the year. “We’ll likely further narrow the field in the next 60 days and then conduct in-person visits before making a final decision.”

The IIHF World Junior Championship has been officially staged by the IIHF since 1977. USA Hockey has served as the host federation for the event on five occasions, including 1982 (Minneapolis/St. Paul, Minnesota), 1989 (Anchorage, Alaska), 1996 (Boston, Massachusetts), 2005 (Grand Forks, North Dakota/Thief River Falls, Minnesota) and 2011 (Buffalo/Niagara, New York).

NOTES: The 2016 IIHF World Junior Championship will be staged in Helsinki, Finland, while the 2017 event will take place in Toronto and Montreal ... USA Hockey will host the 2016 IIHF Under-18 Men's World Championship April 14-24 in Grand Forks, North Dakota.