COLORADO SPRINGS, Colo. -- Four days of spirited competition has whittled hundreds of teams down to just a few championship contenders in the Youth, Girls, Women and Tier III Junior categories at the 2014 Toyota-USA Hockey National Championships. FASTHockey will webcast all championship games taking place in eight cities across the United States. A full schedule of games is listed below. For a listing of past USA Hockey national champions, click here.

In addition to streaming and mobile coverage, USA Hockey will also provide scoring, stats, standings and photos from each of the games on USAHockey.com and via its new Toyota-USA Hockey National Championships app. Fans can follow all of the action from each tournament on Twitter at both @USAHockey and @USAHNationals. 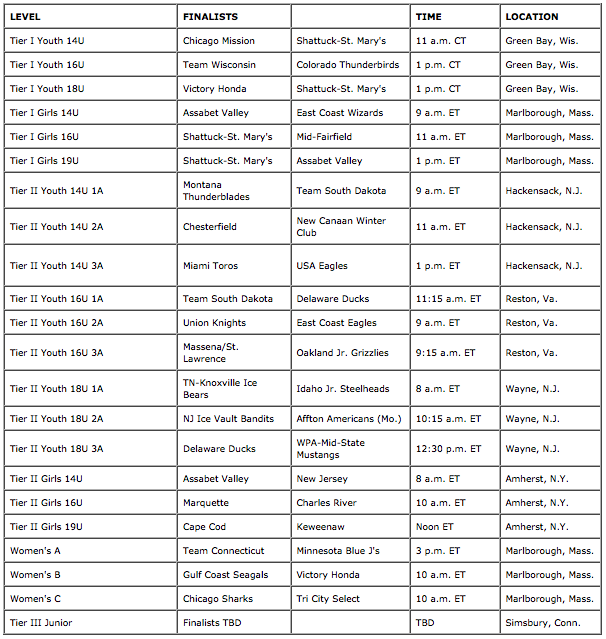