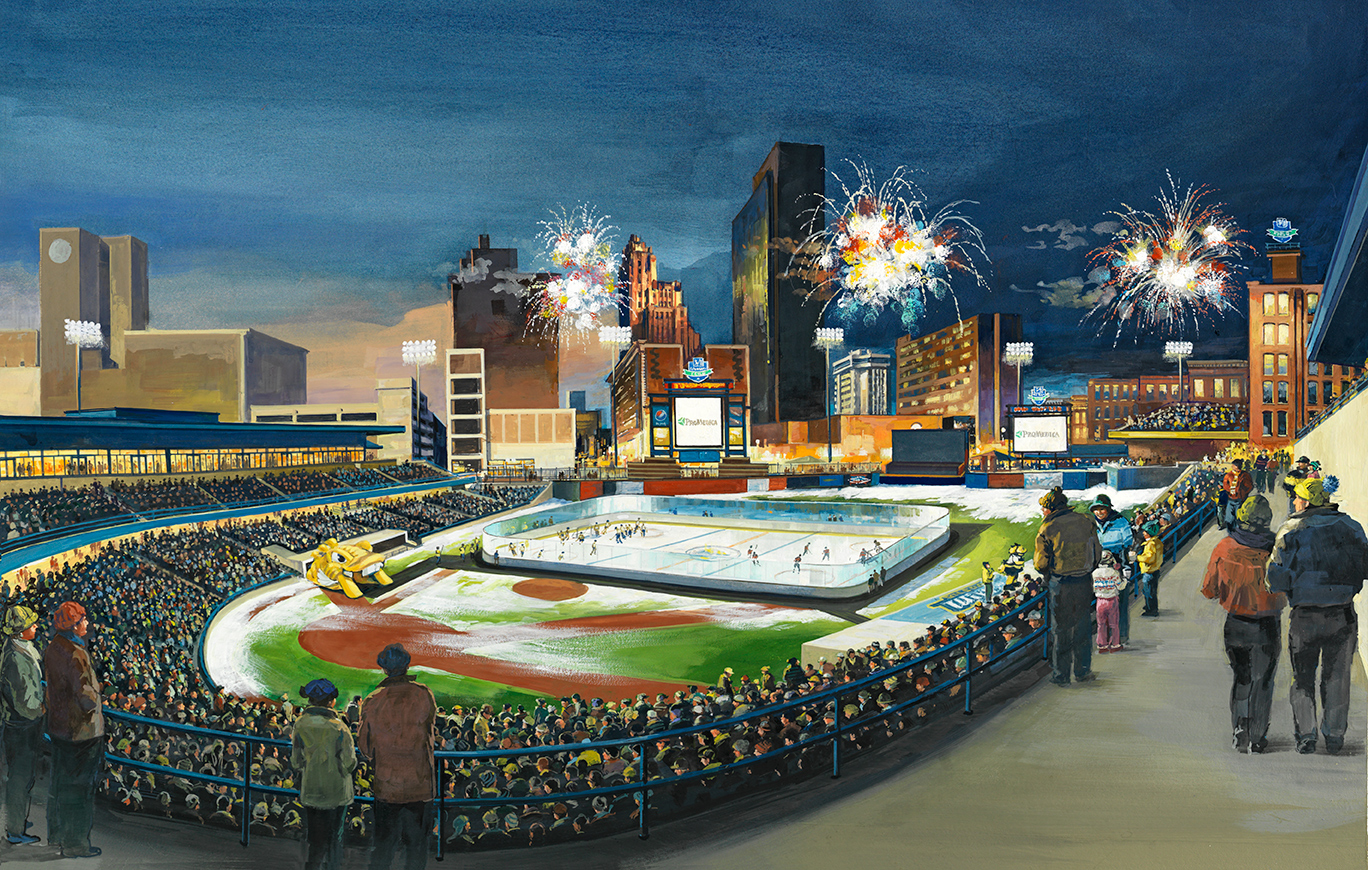 ANN ARBOR, Mich. - The U.S. National Under-18 Team is set to square off with Adrian College on an outdoor rink at Fifth Third Field during Winterfest 2014 presented by ProMedica, it was announced today by the Toledo Mud Hens and the Toledo Walleye. The two teams will play New Year’s Eve, December 31, 2014, at 4 p.m. EST.

The contest will mark the first-ever outdoor game played by any team from USA Hockey’s National Team Development Program.

“Everyone at the NTDP is excited for our first-ever outdoor game and the continuation of our friendly rivalry with Adrian College," said Scott Monaghan, senior director of operations for the NTDP. "USA Hockey is grateful for everyone involved in Winterfest and look forward to a wonderful experience for our players.”

"Our team is excited to be a part of playing outdoor hockey at Fifth Third Field during Winterfest,” said Adrian College men’s hockey head coach Ron Fogarty. “Our first experience a few years ago was so memorable and I want our current group of players to experience something truly special. It is an honor to be included in conjunction with the Toledo Walleye and their great organization. We look forward to playing the Under-18 Team on New Year's Eve and hope to entertain the crowd on the last day of 2014."

“We’re happy to have these two teams join our Winterfest lineup,” said Joe Napoli, President and General Manager of the Toledo Walleye and Toledo Mud Hens. “They come into this matchup with a 2-2-1 series record. It will be a fun game to watch and we welcome their fans to come and experience this unique event.”

Winterfest 2014 is a 10-day community-wide outdoor celebration taking place December 26, 2014 - January 4, 2015. Fifth Third Field, home of Minor League Baseball's Triple-A Toledo Mud Hens, will be converted from a baseball field into an outdoor hockey rink during the festivities. The full-size 200’ x 85’ rink will stretch across the infield with the two goals near first and third base.

Fifth Third Field's outdoor rink will also play host to the first-ever outdoor hockey games in ECHL history, pitting the Toledo Walleye against the Kalamazoo Wings on December 27, 2014, before the Walleye take on the Fort Wayne Komets on January 3, 2015. Additionally, an NCAA tilt between Bowling Green State University and Robert Morris University and a Toledo Walleye alumni game are scheduled for January 3.

Ticket details for the Adrian/U.S. National Under-18 Team hockey game are currently being finalized. Interested fans can call the Toledo Walleye box office at (419) 725-9255 to receive ticket information updates.

Winterfest ticket packages are currently available for all Walleye and Mud Hens Game Plan Holders. For other ticket and group information call (419) 725-WALL or visit www.toledowalleye.com.