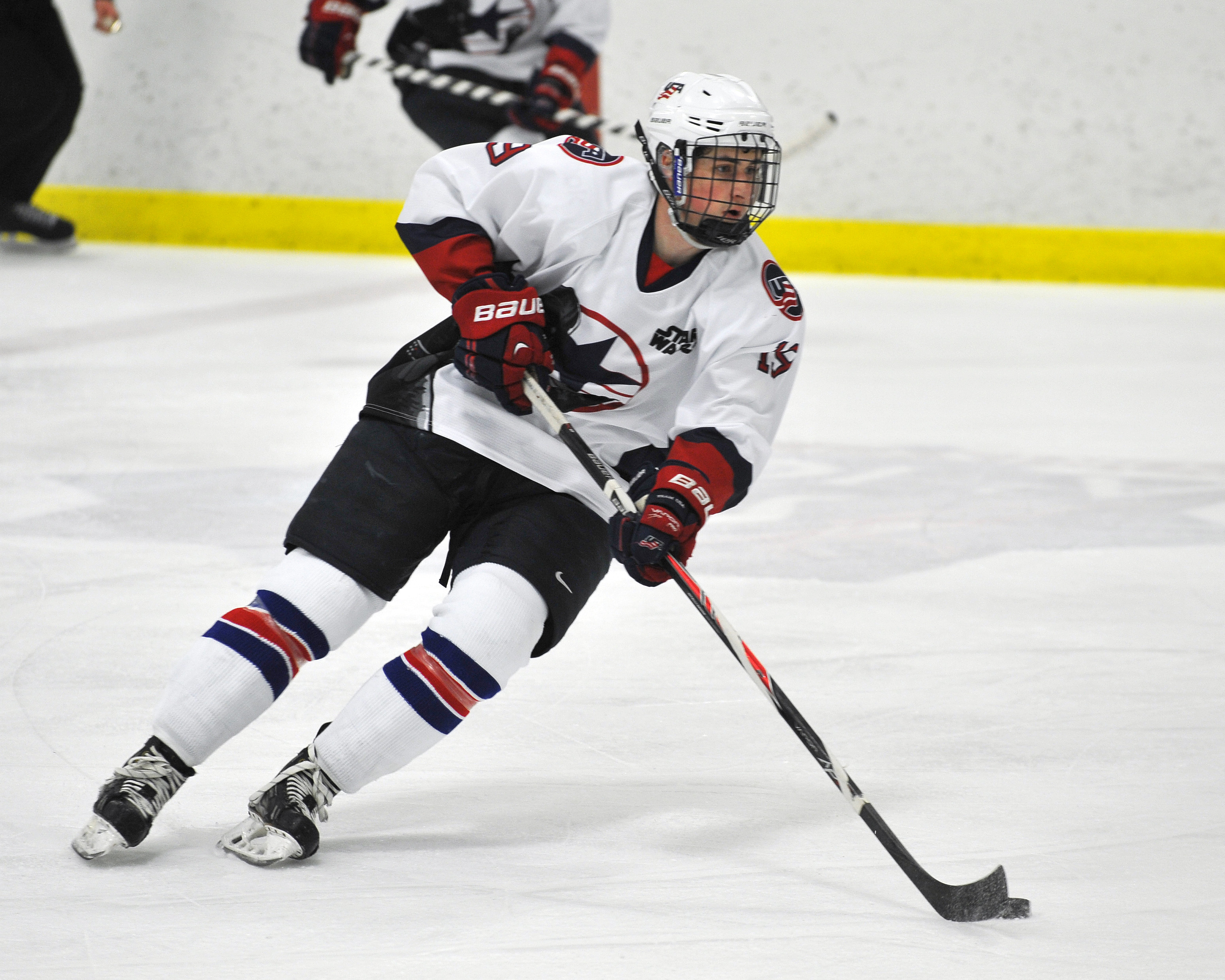 ANN ARBOR, Mich. - Specially-designed jerseys made for the U.S. National Under-18 Team as part of Star Wars Night on Jan. 18, are now available for purchase through auction. Team USA wore these jerseys featuring Darth Vader when the U.S. played the Waterloo Black Hawks at the Ann Arbor Ice Cube. Bids are being accepted here beginning tonight at 6 p.m. EST. All proceeds will benefit C.S. Mott Children's Hospital in Ann Arbor, Mich.

Although bidding will end Thursday, Feb. 13, at 9 p.m., the auction will follow the "five-minute rule". If a bid is placed on a jersey within the last five minutes of availability, that specific jersey's auction will extend by five minutes.

The auction will be staged in cooperation with the MeiGray Group, the exclusive game-worn source of USA Hockey since 2010. MeiGray is the world's leading authenticator of, and source for, game-worn hockey jerseys. The Branchburg, N.J., company is authenticating partners with the National Hockey League, nine of the 30 NHL member clubs, and the ECHL. MeiGray has authenticated and sold nearly 100,000 game-worn hockey jerseys since it was founded in 1997. MeiGray has also partnered with the National Basketball Association since 2006.