Under-18 Team Clipped by Waterloo on Star Wars Night

Tonight's jerseys will be auctioned off online. Bidding will commence on Monday, Jan. 28, and end on Thursday, Feb. 13, at 9 p.m. EST. Proceeds will benefit C.S. Mott Children's Hospital in Ann Arbor, Mich. 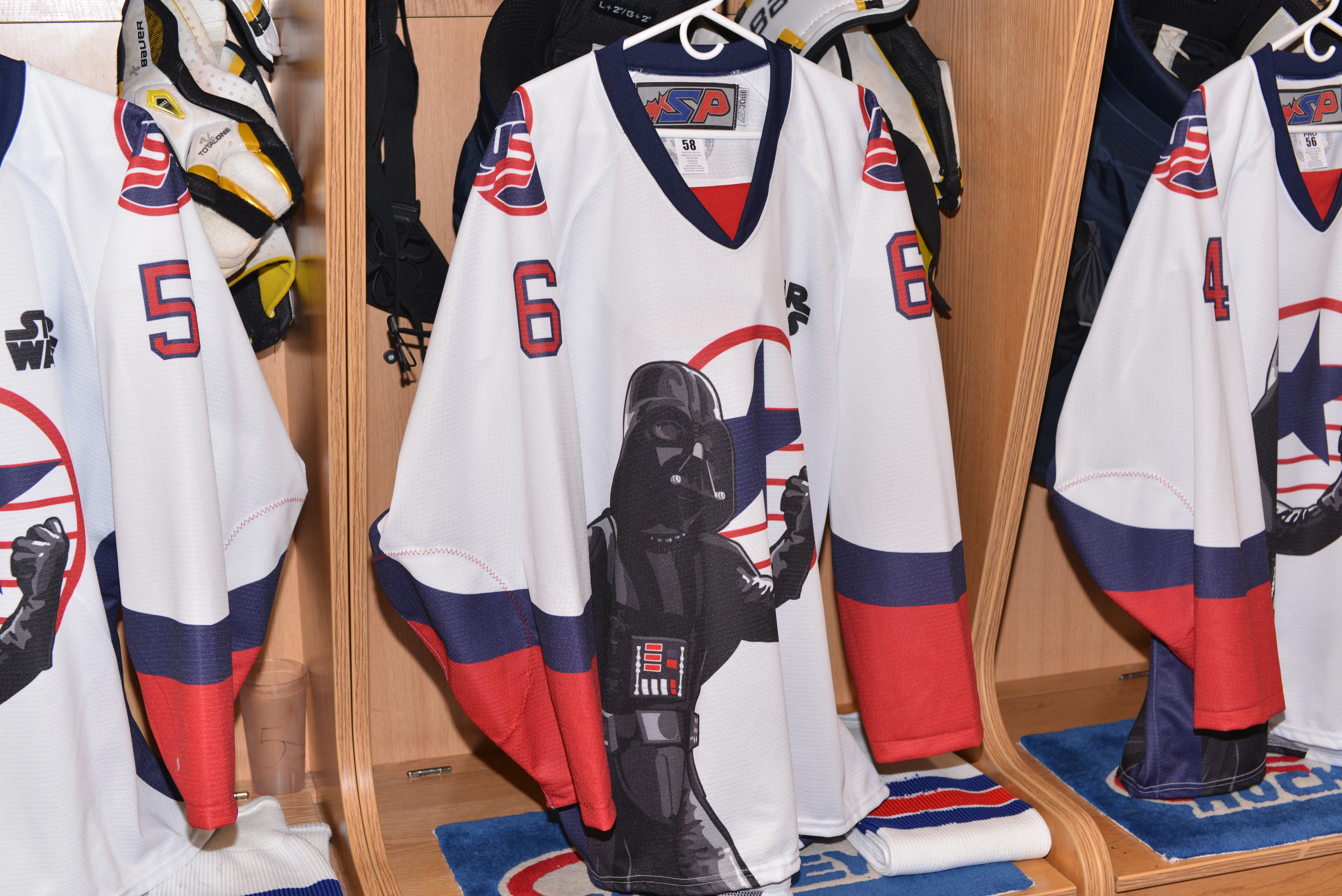 A scoreless first period saw U.S. goaltender Blake Weyrick (Ojai, Calif.) make five of his 30 saves, including one point-blank opportunity in the slot from close range.

Team USA had multiple scoring chances in the second, but was unable to find the back of the net. Waterloo broke the scoreless tie with only seven seconds remaining in the middle frame, converting on a power-play opportunity.

Weyrick denied a Black Hawk breakaway chance six minutes into the final period to keep Team USA within one. Waterloo notched its second power-play tally at 10:08 to double its lead. Larkin responded with his 17th goal of the season at 12:07, burying a rebound after Brandon Fortunato (North Hills, N.Y.) lofted a shot into Cameron Johnson’s pads. The Under-18 Team pulled Weyrick to set up a frantic final 55 seconds, but was unable to find the equalizer and ultimately fell, 2-1.

Johnson made 46 saves for Waterloo in the victory.

The U.S. National Under-18 Team will continue USHL play next weekend when it faces Youngstown on Friday, Jan. 24. The game will be held at the Covelli Centre. Team USA will then skate against Muskegon the following night (Jan. 25). That game will take place at L.C. Walker Arena. Both games will be available online at FASTHockey.com.

Team USA outshot Waterloo 47-32 ... Waterloo head coach P.K. O'Handley broke the USHL all-time coaching wins record tonight, previously held by Mike Hastings ... Since the Nov. 22, 2013 defeat at the hands of the U.S. National Under-18 Team, Waterloo has gone 14-0-1 (W-L-OTL) ... Follow the NTDP on Twitter ... Like the NTDP on Facebook ... Download the Sport Ngin Mobile App for Apple iOS and Android devices and follow the U.S. National Under-17 and Under-18 Teams. Fans, parents, athletes, and coaches now have unprecedented access to scores, stats, schedules, photos, and more. The app is free and allows users to track scores and news updates from one team. Those wishing to follow more than one team can make a simple in-app purchase of $1.99. Click here to download the app.