COLORADO SPRINGS, Colo. – Hilary Witt (Canton, Mass.), Bobby Jay (Burlington, Mass.) and Robb Stauber (Duluth, Minn.) have been named to the coaching staff for the 2014 U.S. Olympic Women's Ice Hockey Team, it was announced today by USA Hockey. All three, who have been serving as assistant coaches for the 2013-14 U.S. Women's National Team during the Bring on the World Tour, will be making their first appearance as assistant coaches at the Olympics.

“We're pleased to add Hilary, Bobby and Robb to our Olympic coaching staff and look forward to the continuity and experience they bring as we prepare our team for Sochi,” said Reagan Carey, general manager of the 2014 U.S. Olympic Women's Ice Hockey Team and director of women’s hockey at USA Hockey. "We've also assembled an outstanding support staff and look forward to their contributions as well."

"Hilary, Bobby, Robb and I have been working together for some time now and I have the utmost respect for their ability and perspective," said Katey Stone, head coach of the 2014 U.S. Olympic Women's Ice Hockey Team. "I'm fully confident that we can collectively help guide this team to great success at the Olympics." 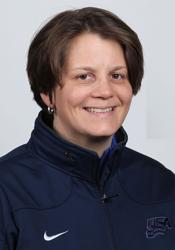 Witt, who will serve as an assistant coach, is head scout of women's hockey at USA Hockey. She has been involved with the U.S. Women’s National Team over the last seven years, helping the U.S. win a pair of gold medals (2011, 2013) and two silver medals (2007, 2012) at the IIHF Women’s World Championship. She also helped Team USA capture the Four Nations Cup title in 2011 and 2012, along with a second-place finish in 2010. The Canton, Mass., native joined USA Hockey in July 2012 after two seasons as assistant coach at Northeastern University. Prior to that, Witt spent nine campaigns at Yale University (2001-10), including eight as the head coach of the women’s ice hockey team. She was named the 2002-03 ECAC Women’s Hockey Coach of the Year. As a player, Witt competed on the U.S. Women’s National Team in 2001 and was a two-time All-ECAC selection while playing for Northeastern. She was inducted into the Northeastern Hall of Fame in 2005 and the Women’s Beanpot Hall of Fame in 2010. 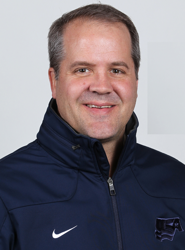 Jay is making his seventh appearance as assistant coach for the U.S. Women’s National Team after serving on the coaching staff at the 2012 and 2013 IIHF Women’s World Championships and the last three Four Nations Cups (2011-13). He also served as an assistant coach at the Women’s National Festival in Blaine, Minn., in 2011 and 2012. Prior to joining Team USA, Jay served as an assistant coach of Harvard University’s men’s ice hockey team, a position he held from 2004-06 and again from 2009-11. From 1999-2001, Jay was an assistant coach with the Detroit Vipers (International Hockey League) and Manchester Monarchs (American Hockey League). In 2003-04, Jay served as general manager of the AHL’s San Antonio Rampage before joining Harvard. Jay, who played professional hockey for 10 seasons as a defenseman in the IHL, AHL and NHL, is the hockey director for the East Coast Wizards hockey club. 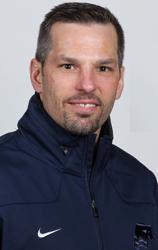 Stauber, who will serve as goaltending coach and scout, has been involved with the U.S. Women’s National team since 2009, focusing on coaching and development of its goaltenders. He has 10 years of professional hockey experience, including four seasons in the National Hockey League with the Los Angeles Kings and Buffalo Sabres. The Duluth, Minn., native also spent time in the IHL and AHL. At the University of Minnesota, he was the first goaltender to win the Hobey Baker Award (1988). He was also the recipient that year of the WCHA Player of the Year award and was named All-WCHA First Team and All-America First Team. Additionally, Stauber was recognized as WCHA Goaltender of the Year in 1988 and 1989. Stauber also represented the U.S. at the 1987 IIHF World Junior Championship and 1989 IIHF Men's World Championship. Stauber served as the goalie coach for the University of Minnesota’s men’s team from 1998-2008, helping the squad win the national championship in 2002 and 2003. He served in the same capacity for the University of Minnesota Duluth women’s team from 2004-08, where the Bulldogs captured the 2008 NCAA Championship.