"This is the third-straight season we've held this fantastic promotion," said Scott Monaghan, senior director of operations at USA Hockey's NTDP. "Each year this night has grown and it's now one of the most popular games on the schedule."

Highlighting the event will be a ceremonial puck-drop featuring characters from Star Wars and U.S. players will debut a game jersey featuring Darth Vader, one of the most iconic movie characters of all time. The jerseys, created by Darrin Brege in cooperation with Lucasfilm Limited, LLC, will be auctioned off online here. Bidding will commence on Monday, Jan. 28, and end on Thursday, Feb. 13, at 9 p.m. EST. Proceeds will benefit C.S. Mott Children's Hospital in Ann Arbor, Mich.

"We are honored to work with USA Hockey again on this great event," said Jon Leopold, event coordinator with the Great Lakes Garrison. "This year will prove even more special with the team wearing Darth Vader-themed jerseys. While we're featuring a member of the Dark Side of the Force this year, we are already looking forward to next year when we can focus on the Light Side." 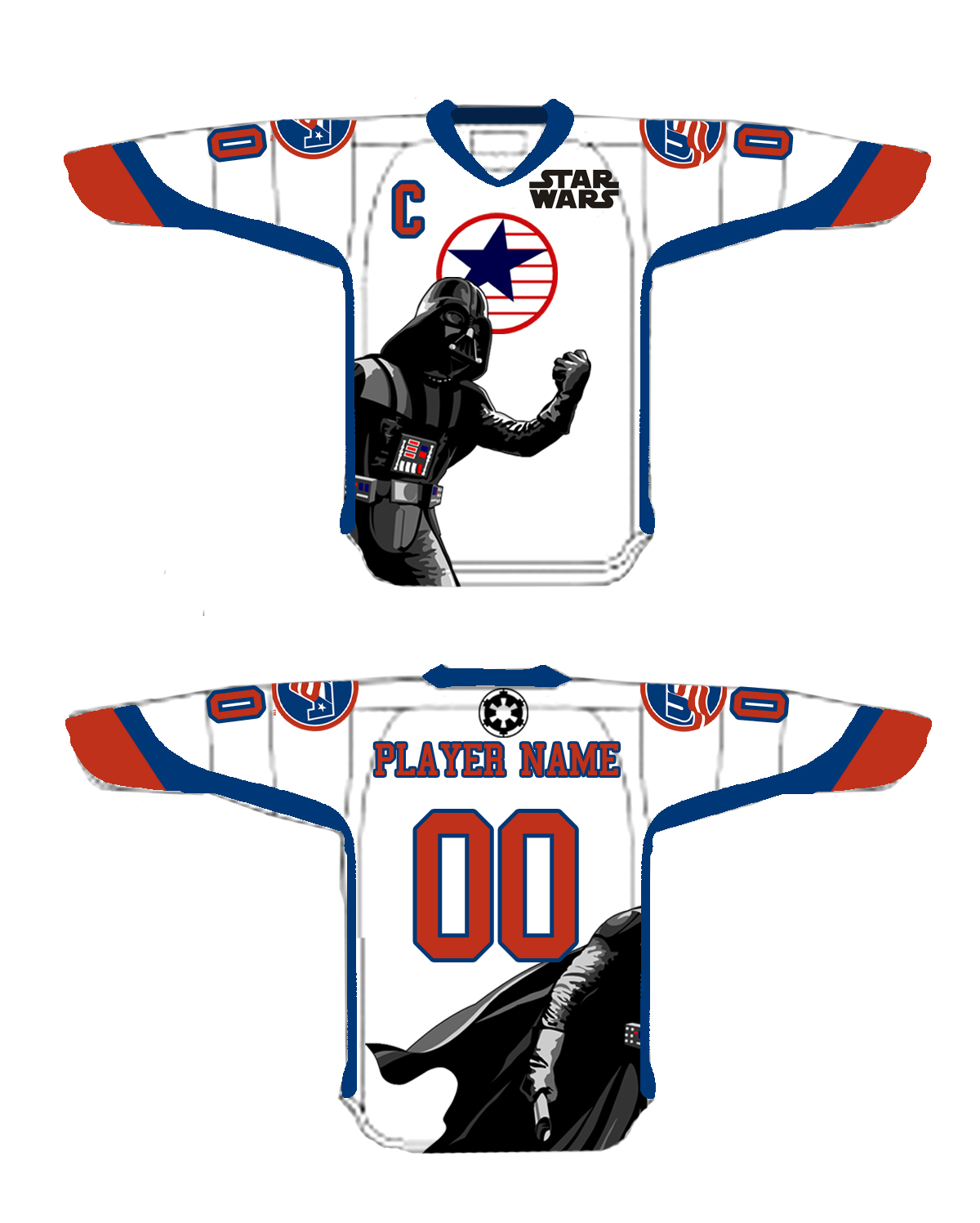