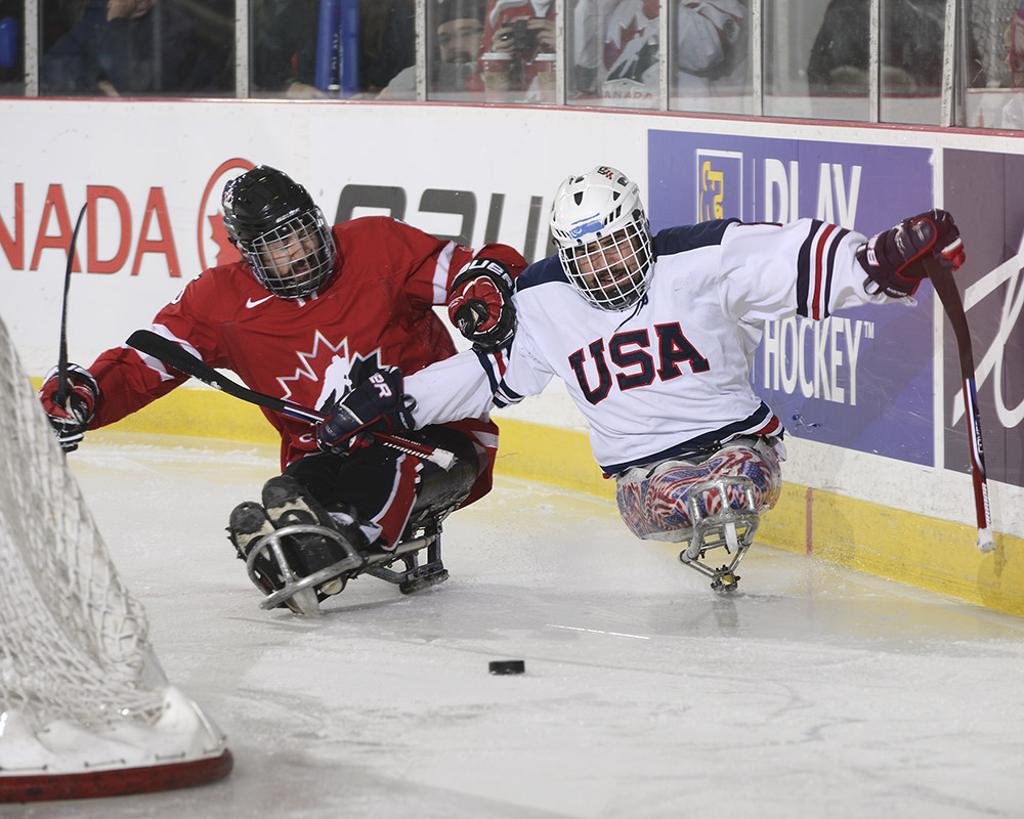 “I was not pleased with the first period, and we lost the game in the first five minutes of the game,” said head coach Jeff Sauer. “I thought we played better in the second and had an excellent third period. But we weren’t ready right off the bat. We weren’t in it mentally, and when you don’t score a lot of goals, it’s tough to get back.”

The Canadians struck for three first-period goals. Tyler McGregor opened the scoring at 5:07 on a tight-angle shot from the right corner. Then, at 9:41, Greg Westlake doubled Canada’s lead when he scored off a turnover in front of U.S. goaltender Steve Cash (Overland, Mo.). Westlake added a power-play goal late in the period to give Team Canada a 3-0 advantage at the first intermission.

The teams played an evenly matched middle frame before the U.S. tried to start a comeback bid early in the final stanza.

Salamone put the United States on the board at 2:54 of the third to cut the Canada lead to 3-1. Nikko Landeros (Johnstown, Colo.) started the scoring play with a great individual effort to get the puck into the offensive end. After driving wide around a Team Canada defender, Landeros threw a puck cross-crease to Salamone, who tapped it in.

Team USA tried furiously to finish the rally, but every chance was snuffed out by Canadian goaltender Corbin Watson, including several back-to-back saves on U.S. flurries around his net. Watson turned away 22 United States attempts in all.

Westlake completed the hat trick and ended the scoring with a late power-play tally.

The U.S. National Sled Hockey Team will resume competition in the World Sledge Hockey Challenge tomorrow when it plays Russia in the semifinals. Puck-drop is scheduled for 1 p.m. ET.

Five Ways to Develop Your Dangles