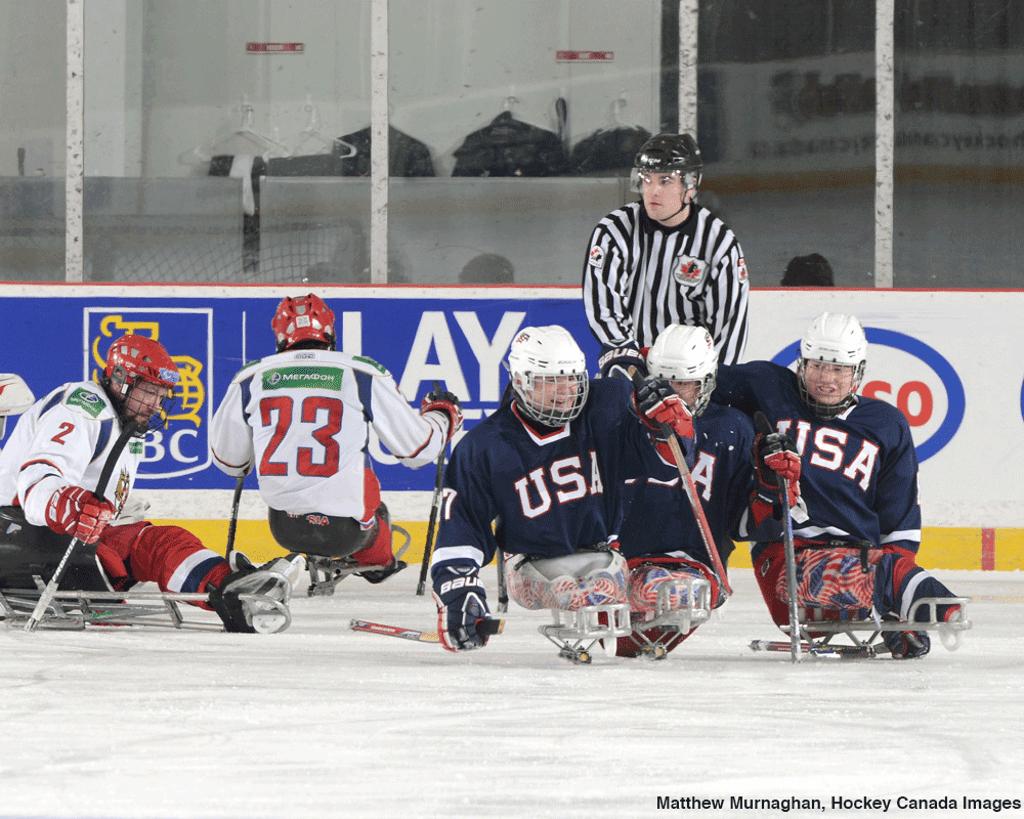 “We got the first win and have some confidence going forward in this tournament,” said head coach Jeff Sauer. “We were really good off the bat, and we could have made it 3-0 or 4-0 in the first 10 minutes of the game, but overall we didn't play very consistent hockey. We played well at times, and that's what we really need to improve on.”

With Russia leading, 1-0, late in the second period, Carron scored to put the U.S. on the board. After getting a pass from Declan Farmer (Tampa, Fla.), Carron cut into the left circle and fired a shot past Russian goaltender Konstantin Lobanov.

Then, after Lobanov snuffed out several Team USA chances during the third frame, Salamone made his way to the edge of the crease and slid a shot under the Russian netminder to give the United States the lead for good.

The U.S. National Sled Hockey Team will be back in action tomorrow (Dec. 2) when its squares off with Korea its second game of the World Sledge Hockey Challenge. Puck drop is scheduled for 5 p.m. ET.