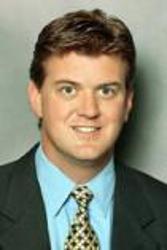 Paluch was the head coach at Bowling Green for seven season (2002-09), where he compiled an 84-156-23 record. Under Paluch's guidance, the Falcons hosted a pair of first-round Central Collegiate Hockey Association playoff series (2004-05, 2007-08), with the 2004-05 campaign marking the program's first CCHA home playoff series in a decade.

Before taking the head-coaching job at Bowling Green, Paluch was an assistant coach at Boston College for eight seasons (1995-02). While with the Eagles, he helped string together a stretch of four straight National Collegiate Athletic Association Frozen Four appearances (1997-01), a run that was capped with an NCAA Division I National Championship in 2001. Paluch started his coaching career at his alma mater when he joined the Falcon staff as an assistant coach in 1990, a position he held until the end of the 1993-94 season.

As a player, Paluch patrolled the Bowling Green blue line from 1984-88, graduating as the school's all-time leading scorer among defensemen. His decorated collegiate career culminated in 1987-88, when he garnered All-America First Team, All-CCHA First Team and CCHA Tournament MVP honors while leading the Falcons to the program's first CCHA Tournament title. Paluch went on to play two seasons of professional hockey in the International Hockey League.