Even as backup, Jen Lee plays an essential role

AMHERST, N.Y. – Not every American earns the privilege of wearing his country’s uniform.

He gets to wear two of them for one purpose: namely, to bring honor to the United States of America, be it in fatigues or in goalie gear.

Lee, 27, is an Army sergeant who lost his lower left leg in a motorcycle mishap in 2009. He recently re-upped for another tour of duty. He’s also a three-year member of the U.S. National Sled Hockey Team, serving primarily as backup to stalwart goaltender Steve Cash.

Either way, Lee, a native of San Francisco, has ample opportunity to give back to the country he loves so much.

“I actually have a pretty good gig in the Army,” he said. “My mission is to make the U.S. Paralympic Team. I have Army obligations, but my main focus is sled hockey.”

Lee, who had never even touched the ice until shortly after his accident, is part of the Army’s World Class Athlete Program, an effort that was established during the 1950s.

The program’s marching orders are to provide outstanding soldier-athletes the support and training to compete and succeed in national and international competitions, specifically leading to Olympic and Paralympic Games.

Members such as Lee combine their regular military duties with their athletics and, in the process, promote the U.S. Army to the world.

Lee has all but nailed down one of two goaltending spots on the U.S. Paralympic squad, which will defend its gold medal in Sochi, Russia next March.

That would make him the first active Army member to compete in the Paralympic Winter Games.

“They are very happy and proud of what I’m doing,” Lee said. “I’m not only representing the U.S. Army, but also Team USA. It’s definitely a recruitment tool. I’m a soldier-athlete but also, being disabled, to prove to other wounded guys that you are able to continue life.”

Life for Lee has always been equal parts athletics and joie de vivre.

As a basketball player back at Westmoor (Calif.) High, Lee, was named the team’s “Most Inspirational Player” as a senior.

“Prior to joining the Army,” he said, “I was just a highly motivated guy. I always loved to encourage my team. Whether we had a bad game, or a bad first half. It was good to motivate the team, but also myself.”

Lee didn’t know it then, but his ability to lift a team’s spirits would prove to be such a crucial part of his personal repertoire as a Paralympic hopeful.

Such respect can be tough to earn for a player manning a back up role, but it wasn’t for Lee.

“He’s the greatest guy for it,” said fellow Paralympian (and retired Army officer) Rico Roman, who first met Lee when the two were stationed in San Antonio. “He’s really been working hard. He’s not slacking just because he is the back up.”

Whether as a backup or starter, Lee said he knows that his role is an essential one.

“In the end, to me, it’s a team game,” he said. “A team win or a team loss. I respect the coaches’ decisions a lot. If I don’t play, I want to (still) be there mentally and physically.

“I’ve been backing up Steve Cash for four years now. We have such a good chemistry — with me and him, and the rest of the team — even if I don’t play, I’m excited to sit and watch us kicking butts and taking names out there.” 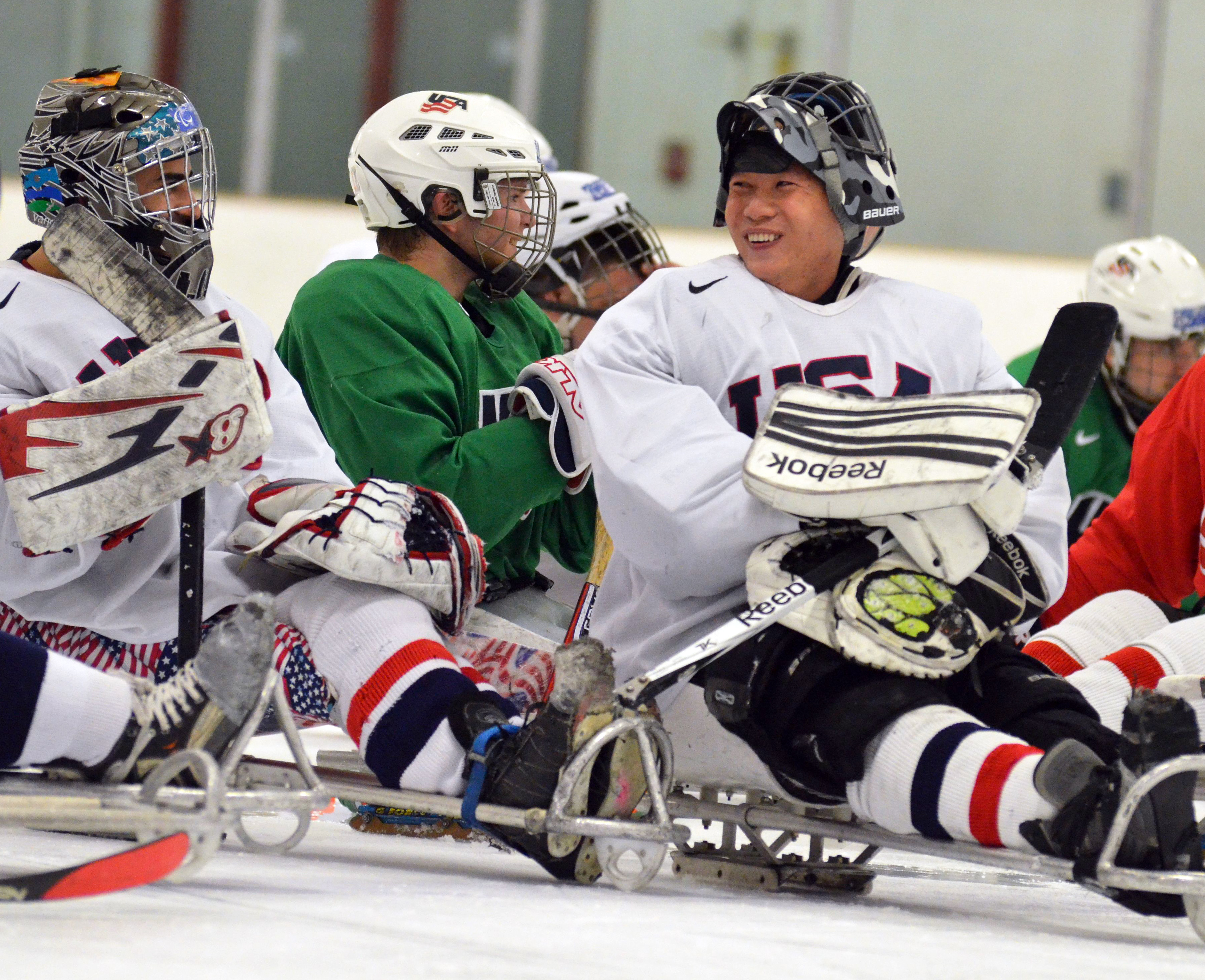