“We couldn't be more pleased than to have David as our general manager,” said Ron DeGregorio president of USA Hockey. “He continues to have a remarkable management career in the National Hockey League and the vast experience and expertise he brings to the table will serve us well in our goal to bring the gold medal back to the United States."

"Being chosen for this position is a tremendous honor. When you get to represent your country, it's a special feeling. I look forward to working with our management team in fulfilling our ultimate goal of bringing home the gold medal."
- David Poile 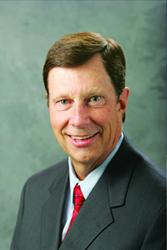 "With David, Ray, Brian and Jim Johannson, our assistant executive director of hockey operations, we have a management team in place that has the wide array of experience necessary at the Olympic level," said Dave Ogrean, executive director of USA Hockey. "It's an all-star cast that our country can feel very good about in leading Team USA into Sochi."

"It's a real honor to be involved," said Shero, who was recently named the 2012-13 NHL General Manager of the Year. "I look forward to the journey ahead and know that while we have a challenge in front of us, it's a challenge we all look forward to."

"I'm honored to be asked to work on building this team," said Burke. "Our player pool is ever expanding and that's a reflection of the great progress hockey continues to make in our country. I'm certainly excited about not only where we are today, but what the future holds."

In addition to the formal announcement of Poile, Shero and Burke at tomorrow's press conference, USA Hockey will also unveil the head coach of its 2014 U.S. Olympic Men's Ice Hockey Team and details surrounding its planned orientation camp this summer. The press conference will be streamed live at USAHockey.com. 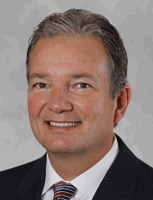 Shero is serving as the associate general manager of the U.S. Olympic Men’s Ice Hockey Team for the first time. The executive vice president and general manager of the NHL's Pittsburgh Penguins since 2006, Shero was named the 2012-13 NHL General Manager of the Year after the Penguins finished 36-12-0, won their first Atlantic Division title since 2008 and were the top seed in the Eastern Conference.

Burke is serving as the director of player personnel for the U.S. Olympic Men’s Ice Hockey Team for the first time. He has been an NHL general manager for the Toronto Maple Leafs (2008-13), Anaheim Ducks (2005-08) and Vancouver Canucks (1998-2004) and helped guide the Ducks to the Stanley Cup title in 2007. He served as the general manager of the silver medal-winning 2010 U.S. Olympic men's ice hockey team in Vancouver, B.C.

Johannson will be making his sixth appearance with a U.S. Olympic Men's Ice Hockey Team, including roles as a player (1988, 1992), team leader (2002) and in a management role (2006, 2010, 2014). He has been a full-time member of the USA Hockey staff since 2000 and serves as the organization's assistant executive director of hockey operations.