LAKE PLACID, N.Y. - USA Hockey announced today the 25-player roster for the U.S. Women's National Team that will train together and participate in various competitions in the build-up to the 2014 Olympic Winter Games here at a press conference this morning. The announcement is the culmination of a seven-day selection camp that began on June 17 in Lake Placid and included 41 players. For a complete roster, which features 13 forwards, nine defensemen and three goaltenders.

“We had a tremendous camp with our country's best players and faced some very difficult decisions," said Reagan Carey, director of women's hockey for USA Hockey. "We thank everyone for their dedication and congratulate those that made the team."

Of the 25 players, 12 have previously represented the U.S. in the Olympic Winter Games, including three-time Olympian Julie Chu (Fairfield, Conn.). Members of the team range in age from 16-31, with Jincy Dunne (O'Fallon, Mo.) the youngest player and Chu the oldest. In total, the rostered players have represented the U.S. in 1,384 games in international competitions between 1999 and 2013.

Ten members of Team USA played NCAA Division I women's ice hockey during the 2012-13 season, with eight participating in the 2013 NCAA tournament. Four of those eight players advanced to the Women's Frozen Four and three captured the national title as part of the University of Minnesota. Nine players competed in the Canadian Women's Hockey League with eight winning the Clarkson Cup with the Boston Blades. 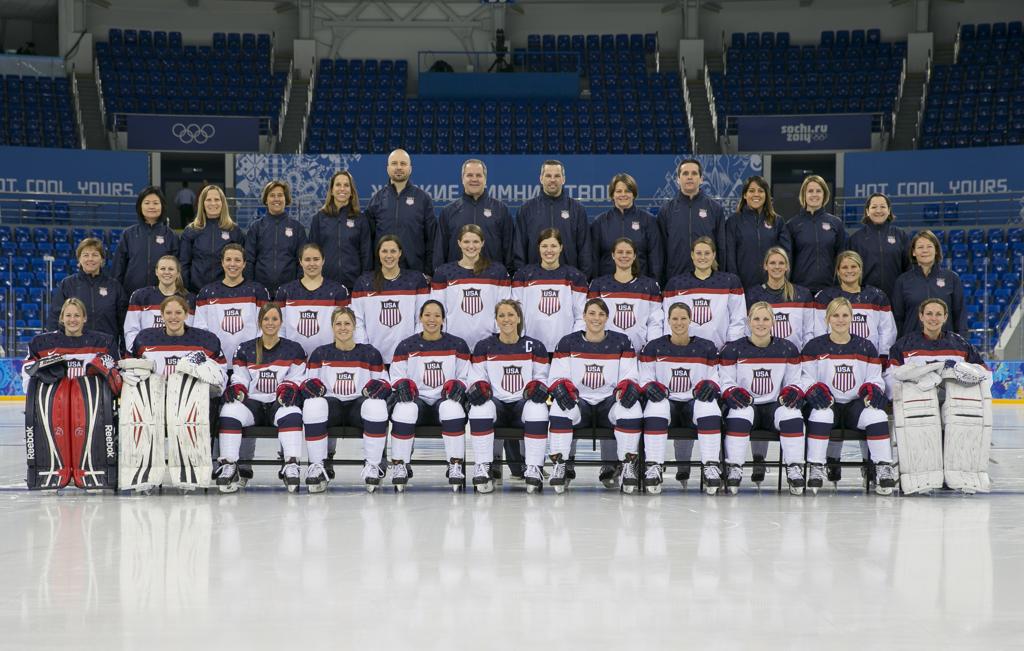