Ball, a disabled veteran from Atlanta, made history at the USA Hockey Warrior Classic, which was held Oct. 28-30, 2022. The event was hosted by the Motor City Veterans Hockey Association in Troy, Michigan, and featured the first all-women team of military veterans.

“It’s been such a wonderful experience,” Ball said. “I can’t even put into words what it’s done, to be able to not only have something to do that’s fun, but to do it with fellow disabled veterans that you’re bonding with. It’s not just a hockey team that I play with a couple times a week. It’s a family and we get to play hockey.”

The Warrior Classic was first played in 2017 in Washington D.C. Every year since, the tournament brings together teams from across the country to participate in a weekend of hockey that is dedicated to U.S. military veterans with disabilities who also play ice hockey. To be eligible, all players must be or have been veterans and members of the armed forces and meet a minimum disability rating.

“I want to get the message out to as many disabled female veterans as I can,” Ball said. “I was passionate about this before the [Warrior Classic], but it’s exponentially more now. I just see the possibilities of what we can do and how we can help so many other female veterans.” 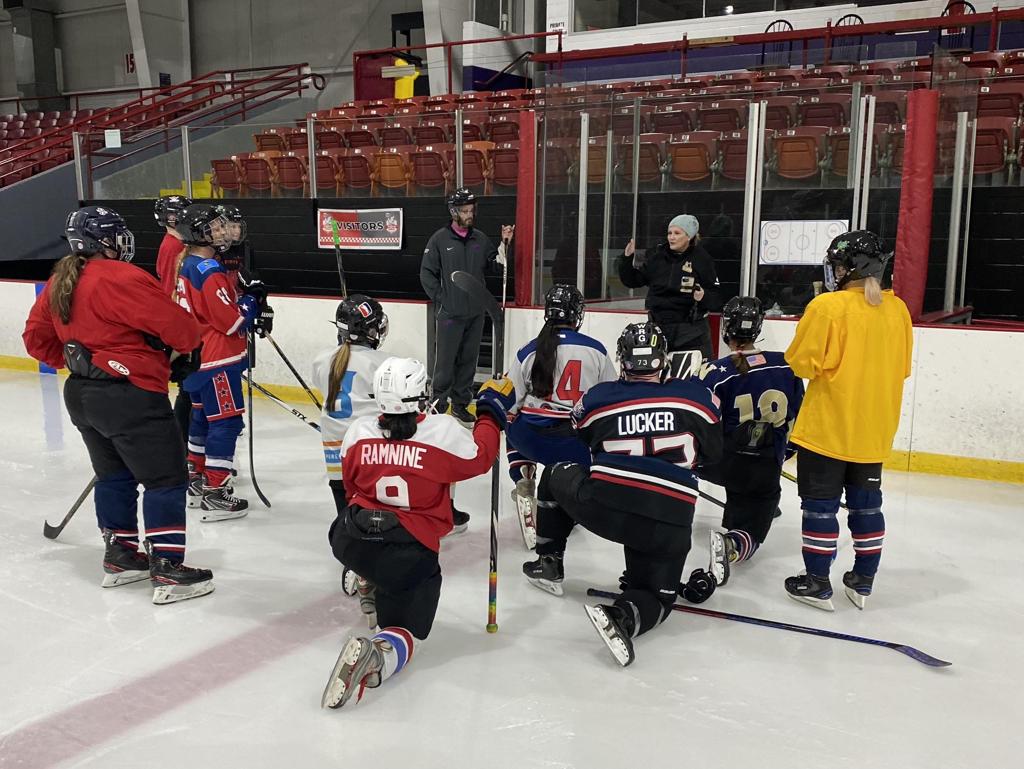 Ball served in the Navy from 2001-04. She said she’s injured on the left side of her body, but when she plays hockey, the pain subsides.

“In normal life, if you ask me to raise my left hand, I could probably do it, but it hurts because I have issues on my left side,” Ball said. “When I’m on the ice, there’s something about it that changes everything. However the neuroscience works, when I’m playing, I don’t think about the pain.”

Ball attended a women’s Try Hockey For Free event in 2016 and instantly fell in love with the game. She initially played in Alaska before moving to Atlanta where she plans to start another team.

“Female veterans need to be playing together,” Ball said. “There’s something about a female veteran. We love our male counterparts, but there’s definitely something about being able to spend time on and off the ice with another female disabled veteran.”

Ball and her teammates made history at this year’s Warrior Classic when, for the first time, an all-women’s team of military veterans with disabilities took the ice in national competition.

“There are veteran teams,” Ball said. “Places may have disabled veterans, but we’re definitely the first all-female team in the warrior discipline.”

Ball is the captain of the team, and it was a long road for her team to play in their first tournament together. For the longest time, Ball said there were six players signed up to play. Now, Ball said there are 36 women from places like Michigan, Minnesota, California, Illinois, New Jersey, Georgia and more. And Ball added that four women approached her at the Warrior Classic and had interest in playing. 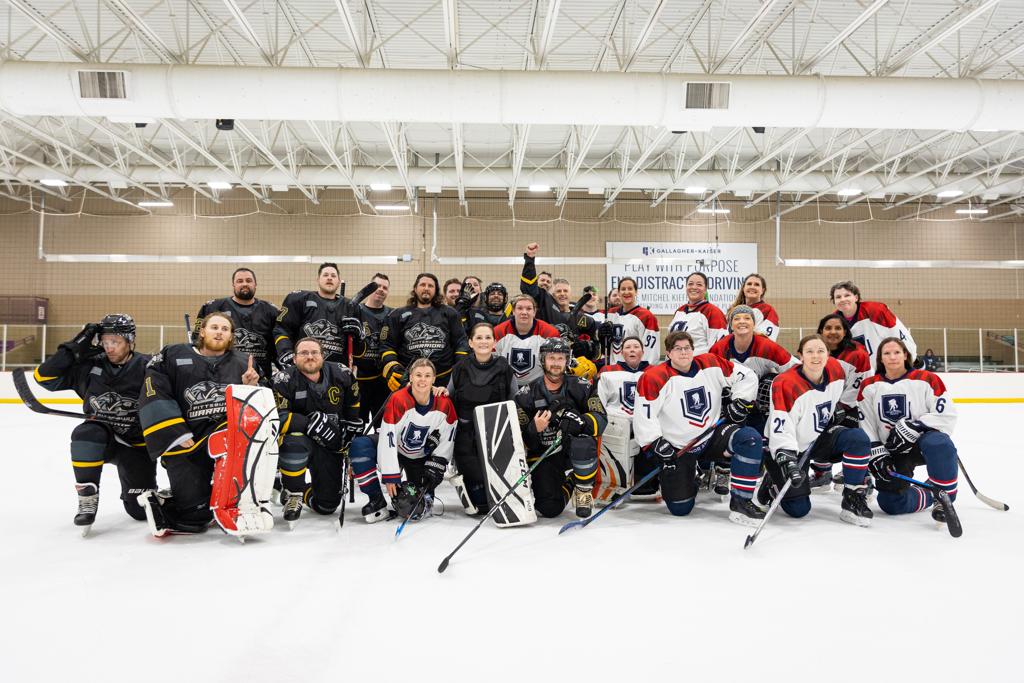 “This was the moment in time where word finally got out and I was flooded with all of these females from other teams wanting to play,” Ball said. “You basically come from your home warrior team and choose to be rostered with us to play a tournament. We really want to play with other females and we already decided that we’re doing the Warrior Classic every year. We’re already talking about St. Louis next year.”

A total of 35 teams participated in this year’s Warrior Classic, representing 12 states. Ball and her teammates met one another for the first time at the event, and had about an hour of practice before playing their first game. The tournament featured a round-robin format for the preliminary round and then the teams were divided into eight different playoff divisions.

“I’m a firm believer in what the warrior division is all about,” Ball said. “And the more teams you have, the more opportunities you have to meet new people and play different teams. It’s a really great program.”

It’s not just the on-ice component that excites Ball; the long-lasting friendships and memories that are made off the ice are a huge part of the experience.

“I’ve never had as much fun playing as I have with the warriors,” Ball said. “There’s something about it that’s just amazing.”