The annual USA Hockey Special Hockey Classic is like Christmas morning each year for the participants.

The event took place Oct. 21-23 in Fort Wayne, Indiana, and it highlighted one of USA Hockey’s fastest growing disciplines.

“Our players look forward to this every year, both playing together and seeing players they play with at other tournaments from other special hockey programs,” said Michelle Millard, president of Chicago Special Hockey. “It’s really a great event because you see the smiles when they come off the benches and out of the locker rooms and when they see each other.”

The special hockey discipline gives players with a wide range of cognitive and developmental disabilities a chance to play the sport in an environment that is adapted to their level of ability. Special hockey emphasizes players to have fun through teamwork, social interaction and improving quality of life through on and off-ice activities 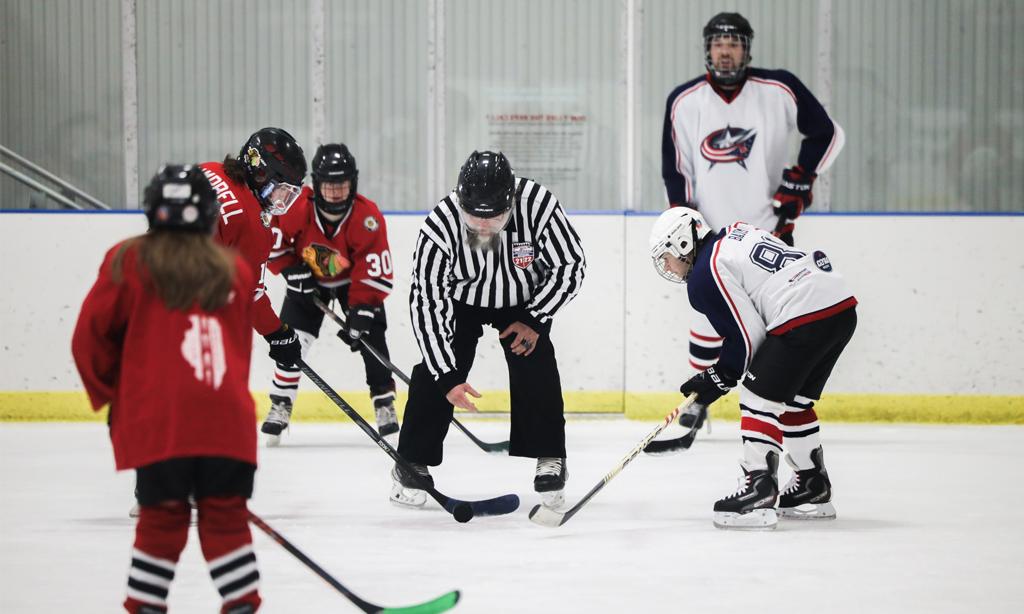 Six teams participated in this year’s event, traveling from all over North America, including Chicago, Madison, Toronto and Columbus. Several brought multiple groups, including A, B and C-level teams, as about 100 players took the ice.

“The players are so excited to see their friends … just their level of appreciation and the level of excitement is through the roof,” said Brandon Beaver, USA Hockey manager of disabled hockey. “No words can really describe it. It’s great seeing all the families get together, especially how they made friends from other teams. It’s like they play with each other every weekend. They look forward to the event so much and it’s amazing to see.”

“Everybody really looks forward to it,” Millard said. “It’s a travel event and we get to stay in a hotel. Every player will tell you that they’re on vacation. We have pizza parties, watch the other games and support the other athletes. It’s just a great event.”

Special hockey witnessed tremendous growth over the years. That’s what led the USA Hockey disabled hockey program to add the event in 2018 to support the players who participate in special hockey every day.

Enthusiasm and sportsmanship are through the roof at the event, as Beaver said a player from one of the teams arrived late this year, but the opposing team lent them players so the game could still take place.

“Those kids were so excited to play for the other team and play against friends on their team, it was great to watch,” Beaver said. “They were excited to wear a different jersey. I don’t think they cared who they played for, I think they were just excited to play. The inclusiveness is unbelievable.”

Michelle and Wayne Millard’s son Zach is involved in Chicago Special Hockey. Michelle is working with 16 new families who recently joined the team.

“The discipline has grown tremendously,” Michelle Millard said. “People are at the rink, they see it, they know someone who could be in it and that’s how we got involved. Someone else thought of our son, they called us, and we never looked back.

Wayne Millard said that the program gives his son the opportunity to be a leader and help other players. Mentors and coaches are allowed on the ice for some players who need the help. There are no icings or offsides, slap shots and checking are not allowed, and goalies are encouraged to keep the puck in play.

“Everybody has a place on the team,” Wayne Millard said. “Coaches are out there with some of them, but others don’t need coaches and they buzz up and down the ice. There’s a wide range of players, but there’s a place for everybody. When someone scores a goal, everybody on the ice is cheering. It’s great camaraderie, it’s a great weekend and we look forward to it every year.”

The @usahockey Special Hockey Classic is underway in Ft. Wayne! First up for the #CBJ is WI Timberwolves. Go Jackets! #HockeyIsForEveryone. pic.twitter.com/JLrlZvs1qU